Are central banks independent or almighty? 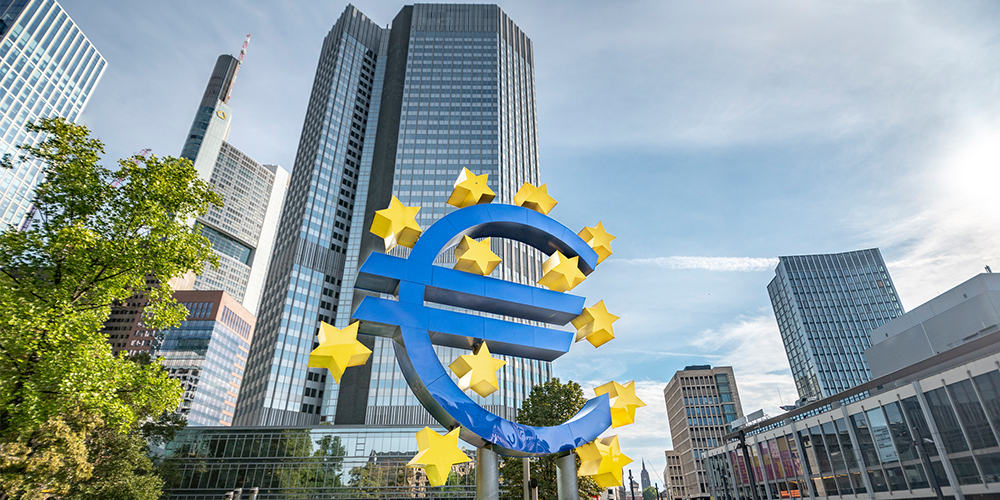 Time for humility and a return to limited mandates

Today most major central banks are endowed with the status of independence. Historically this was anything but the norm, for reasons reflecting concepts of democracy as well as competence. This changed around 1990, when many countries decided to make their central banks independent. The position now appears to be changing again, partly because central banks are being overburdened with too many tasks. Central banks’ involvement in mitigating climate change is a particular case of potential overreach. It is time for central bankers to show a little more humility and think about returning to clearer and more limited mandates.

The move to independence reflected two main reasons. The 1970s ‘great inflation’ triggered, after a significant time lag, a number of studies explaining the institutional background and especially the strong negative correlation between the degree of central bank independence and inflation. Moreover, this consensus emerged at a time when Europeans were preparing the introduction of economic and monetary union.

The example of the Bundesbank, the only truly independent central bank in Europe, played an important if not decisive role. The Deutsche Mark, alongside the Swiss franc, had been the world’s most stable currency. Germany had escaped the 1970s inflation. Not surprisingly, the German government insisted on independence for the future European central bank. All other countries aiming to participate in EMU had to accept this position – more or less reluctantly – at a time when their own national central banks were not independent. The consensus emerged that central bank independence in a democracy can be constitutionally legalised and is a prerequisite for a stable currency. But central banking tasks had to be restricted to a clear and limited mandate.

Not least due to their success in restraining inflation in the pre-financial crisis ‘great moderation’, and in helping to prevent a depression thereafter, central banks were already after 2007-08 exposed to elevated expectations. They were then overburdened with additional tasks in micro- and macroprudential supervision. In the meantime, central banks have assumed even more responsibilities.

However, central banks are not almighty. They must clarify and announce what monetary policy can achieve – and, even more importantly, what it cannot deliver. Merely de facto accepting excessive expectations, or even contributing to this development, implies a major threat to their reputation, because disappointment over failures to meet these expectations is bound to follow.

Central banks may prove to be successful in affecting issues not within their core mandate. But even when this happens, over time it will become politically unacceptable for independent central banks to extend actions into domains that must be reserved for politicians who are accountable to parliament and ultimately the voters.

Unavoidably, monetary policy has an impact on the distribution of income and wealth. But central banks should not take decisions targeted at specific sectors or groups in society. Such preferential actions are a highly political act that must be reserved to policy-makers who are ultimately responsible to their voters.

In its communication on its new inflation strategy, the US Federal Reserve announced that its monetary policy would have important distributional effects. In August 2020, Chair Jerome Powell emphasised that, as America’s long pre-pandemic economic expansion – and, one might add, expansionary Fed policy – continued, ‘The gains began to be shared more widely across society. The Black and Hispanic unemployment rates reached record lows, and the differentials between these rates and the white unemployment rate narrowed to their lowest levels on record.’

This raises several questions. Can the process of the economy running hot always be stopped before inflation gets out of control? How should a conflict with the goal of price stability be resolved? And above all: once the Fed has to tighten monetary policy, those groups mentioned will be the first to lose their jobs. This was an unavoidable effect in the past when monetary policy in the end triggered a recession. However, the explicit acceptance of responsibility for distribution will place an additional pressure on the central bank. It will be exposed to a political debate going beyond what we have hitherto experienced – and the central bank’s independence will come under strong attack.

Another example comes from the European Central Bank, which in July 2021 published the result of its strategy review. A major change is the inclusion of challenges stemming from climate change. ‘Within its mandate, the governing council is committed to ensuring that the Eurosystem fully takes into account, in line with the European Union’s climate goals and objectives, the implications of climate change and the carbon transition for monetary policy and central banking.’

The council has published an ambitious action plan. The reference to the mandate is quasi-obligatory and specified by the profound implications of climate change for price stability.

Climate change and corresponding government policies can have powerful effects on economic development. These consequences are reflected in all kinds of variables – growth, inflation, employment – that will in turn affect forecasts and influence monetary policy decisions. Identifying the impact of climate change brings a major challenge in terms of adopting existing models and developing new ones.

Including aspects of climate change in the economic as well as monetary and financial analyses – creating an integrated approach – is a complex task. It remains open to what extent this might affect monetary policy decisions. By contrast, indirect implications of climate change’s direct consequences follow from the adaption of the design of the ECB’s monetary policy operational framework in relation to disclosures, risk assessment, corporate sector asset purchases and the collateral framework.

The underlying idea is to form an in-house judgement on the value of assets that incorporates climate risks and regulatory requirements (disclosure). The ‘climate-policy-adjusted’ price (or risk) will then be the basis for actions by the ECB, ranging from eligibility as collateral to corporate-sector asset purchases.

To call this a tremendous challenge is a euphemism. Financial markets will price in problems for companies stemming from factors such as the foreseeable end of burning coal – at least in some countries or regions. How should the central bank know better than markets? For example, assessing climate risks in complex production processes in the chemical or other industries (with value chains across the world, including many countries with little or no transparency), and finding the correct price for corresponding assets, must take into account potential reactions to government policies. And what about the risk that the central bank might overstate this risk and create a kind of ‘green bubble’?

On the other hand, it is improbable that companies can be prevented from ‘cheating’ by collecting cheap(er) money through issuing bonds labelled ‘green’ and redirecting these funds to the production of ‘brown’ products. The ECB will have to explain how such a policy will be compatible with the principle of market neutrality, set out in the Maastricht treaty.

Climate change is probably the biggest challenge of our time. Central banks cannot ignore this and must not be seen as being blind to these risks. At the same time, confronting climate change is above all the responsibility of governments. Central banks are not made independent so that they can go beyond their mandate or actively correct decisions by parliaments. And with their climate-orientated actions, they should not deliver arguments that stronger measures by governments are unnecessary. If they raise expectations beyond their capabilities, they will undermine their reputation and lose support for their independence, which is ultimately indispensable for maintaining price stability.

Besides analytical problems, the ECB justifies its self-declared role in this field with the argument that climate change can have implications for price stability. However, does this imply the ECB, assuming inflation is at target, would argue against significant gradual future increases of carbon taxes that would push trend inflation above 2%? According to the new strategy, the ECB would have to tighten monetary policy in response to such improved climate policies. It is stunning that the ECB did not address this core question, including whether welfare-improving carbon taxes should be excluded from the price index it is targeting. This lack of clarity and transparency does not bode well. The ECB seems to be giving itself the opportunity to use discretionary powers that risks increasing uncertainty and interfering in democratic decisions by parliaments.

‘Unelected power’ – to use the title of an influential book Paul Tucker, former Bank of England deputy governor – must be limited and continuously justified by appropriate policy. For who could convincingly argue that independence should be given to a central bank that invades a sphere that must be reserved for the democratic process?

Otmar Issing is President of the Center for Financial Studies, and former Member of the Board of the European Central Bank and the Bundesbank. This article is an abridged version of Issing’s speech at the Cato Institute’s 39th Annual Conference on 18 November, published as Policy Letter No. 92 for the Leibniz Institute for Financial Research SAFE, to appear in 2022 in a volume published by the Cato Institute.