US set for new growth dynamic after Covid-19 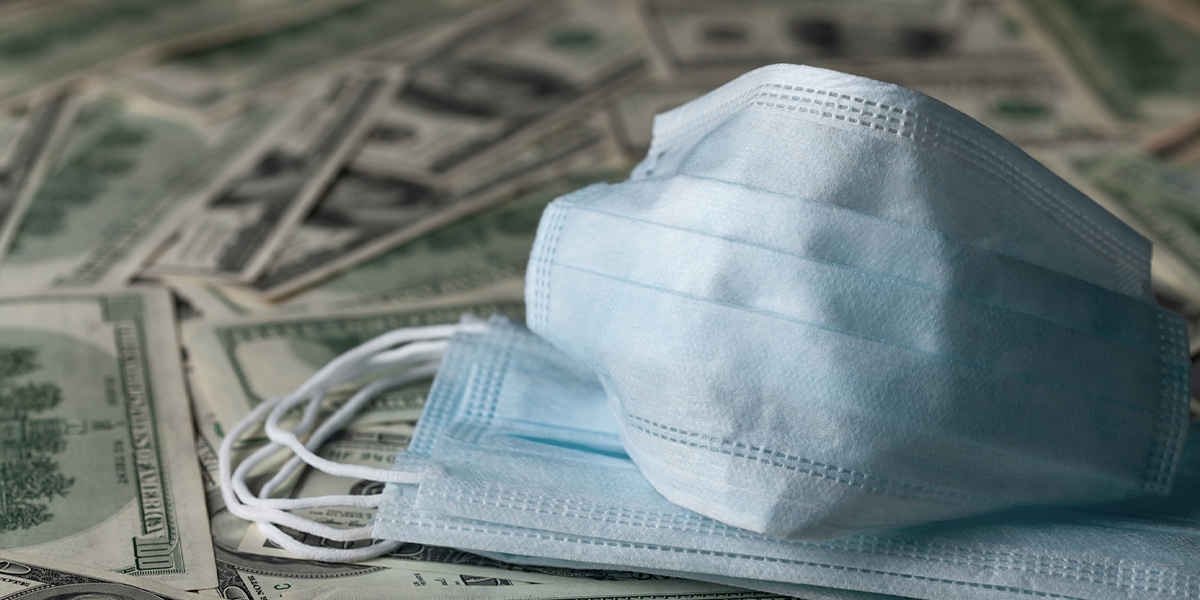 This article is an extract from Union Investment’s white paper, Post-coronavirus investment world: a new script for portfolios?

The Covid-19 pandemic will lead to a new growth dynamic. Why? Because the supply side is set to be boosted by the acceleration of technological progress while the demand side will benefit from an increase in state economic activity.

However, it is not just the growth dynamic that will change but also international economic relations. The key questions are around what impact this set of circumstances will have on growth and interest rates and what will happen with inflation given these conditions.

The end of weak demand

Just as in many crises that came before it, the pandemic increased the speed at which new technologies were adopted. Social distancing has dramatically accelerated the digital transformation in numerous sectors. The result has been higher productivity growth. This is particularly evident in e-commerce and telemedicine. But in manufacturing too, the crisis is likely to speed up the adoption of automation technology. Even under normal circumstances, businesses tend to use the recovery phase after a recession to invest in new, labour-saving technologies. The recovery from the pandemic appears to be following the same pattern, but writ large.

The effect will probably be stronger in the US than in Europe. The US labour markets are more flexible than in Europe, which also tends to be slower to adopt new digital technologies. On the positive side, there is an increasing recognition that Europe’s economies and governments have a lot of catching up to do on the digital front, and this deficit is now being addressed from a number of angles, including via the Next Generation EU recovery fund.

But there is simply no comparison with the pace being set by the US, which switched on the afterburners in March 2021 by passing the American Recovery Act. The aim being to put its economy back on its pre-pandemic growth trajectory as quickly as possible. Far less support will be provided for the recovery in the European Union once its programmes designed merely to stabilise the economy have been wound up.

So, there is much to suggest that the US will break free from its stunted growth trajectory. The direction in which Europe is heading is not as clear. This is mainly because of the less pronounced effect of digitalisation on productivity growth, the absence of any short-term overheating of the economy and a fiscal policy stance that remains more cautious than across the Atlantic.

A reordering of global economic relations

We also expect the pandemic to bring about lasting changes to international economic relations. Numerous trends had already begun to emerge before the pandemic began. The crisis has accelerated these trends, and in some cases escalated them to a whole new level.

The trend towards deglobalisation can be traced back to the aftermath of the 2008 financial crisis. One of the key drivers behind this trend was the emergence of China as an economic force. Within China, this was reflected in rising wages and, as a consequence, higher wage costs. But it also contributed to the growing shift from investment to consumption in China’s economic model. This led to weaker growth in the demand for imports in China, particularly for commodities.

In addition, the past decade has shown us how susceptible highly efficient global supply chains are to shocks from natural disasters such as the earthquake that triggered the Fukushima nuclear disaster in 2011. In many cases, companies had already taken action in an attempt to reduce risks. But Covid-19 proved to be the worst-case scenario for global supply chains. It is thus likely the pandemic will further accelerate the restructuring of supply networks.

The pandemic’s impact on the dispute between China and the US is not to be underestimated. The two nations were already embroiled in a strategic tussle before Covid-19, and the pandemic has significantly intensified the conflict.

If forced to choose, the US will put the interests of national security ahead of the interests of business. Specifically, this means that it will seek to decouple from China in strategically important economic sectors in order to ensure security of supply. This will mainly affect the supply chains of key products and industries. Right at the top of this list will be semiconductors, critical minerals (such as rare-earth elements), batteries and pharmaceutical products. The primary objective for the US is to establish the supply chains for the technologies of the future and to do so within its own borders wherever possible. 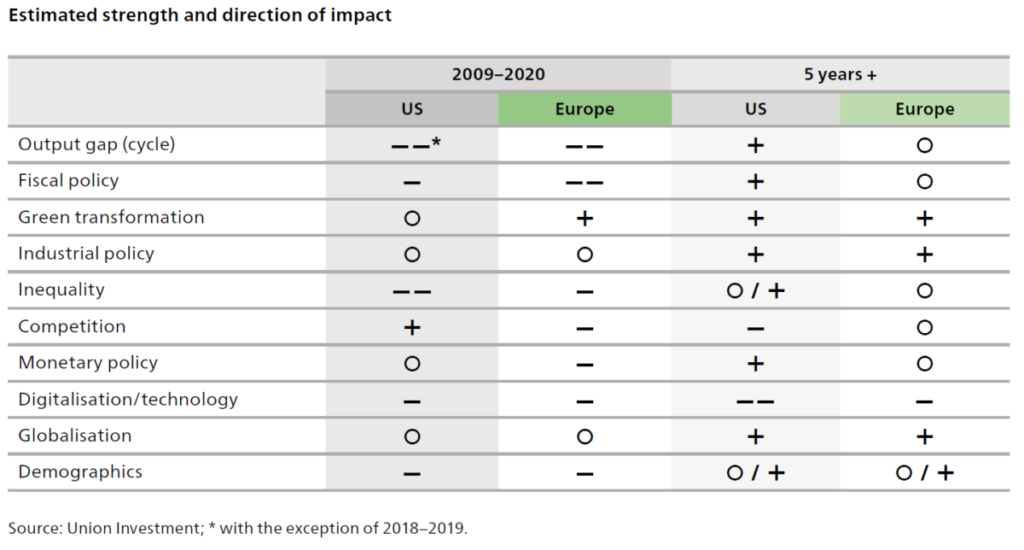 The future of inflation

The new growth dynamic that we are anticipating for the US will have a bearing on inflation too. An end to structural underutilisation of capacity should bring the disinflationary tendencies of recent decades to a halt and result in more ‘normal’ levels of price increases on the other side of the Atlantic. Inflation rates that persist at a level far below the US central bank’s inflation target of 2% a year would likely be a thing of the past. The new normal for inflation will instead probably be a level that is slightly above this target.

We are less optimistic with regard to the euro area. Although there are certain structural factors to suggest that inflation may edge up in the future (see Figure 1), the eradication of structural weakness in demand, which we consider to be the most important precondition for structurally higher inflation, is likely to be less pronounced in the euro area.

The full white paper can be downloaded here.