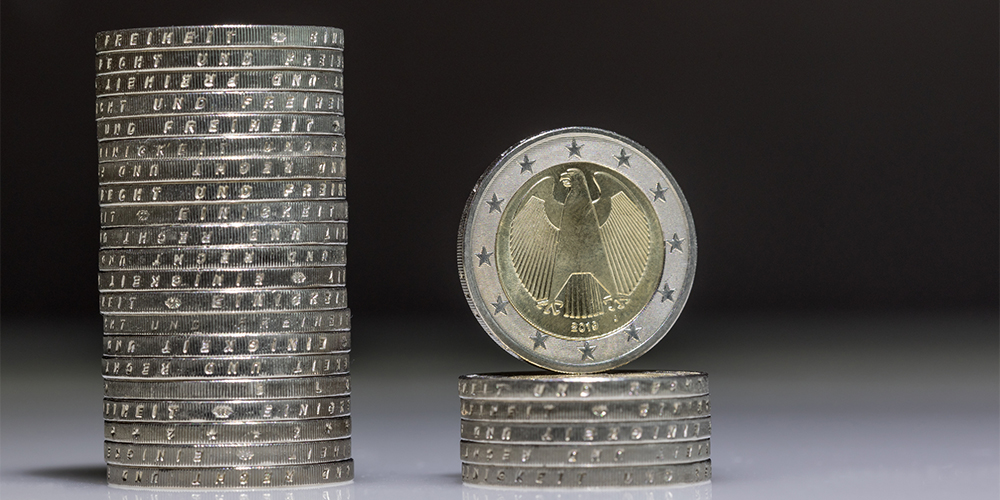 With election day in Germany fast approaching, campaign rhetoric is heating up, especially around the future course of fiscal policy and debt. There are calls to reinstate Germany’s constitutionally-mandated, though now suspended, debt brake, return to the balanced schwarze Null budget and revert to European Union stability and growth pact rules. In some quarters, a failure to do so is seen as potentially unleashing unsustainable fiscal ill winds. That is unsurprising in a country where the word for debt and guilt, ‘Schuld’, is one and the same.

But is the Sturm und Drang warranted?

Germany merits praise for its longstanding dedication to the pursuit of stability-oriented policies. It is in among the strongest fiscal positions – perhaps too strong – in the world.

Economists often look at the debt/gross domestic product ratio as a rough proxy for assessing sustainability. The Maastricht treaty took a dim view of debt/GDP ratios over 60%. Germany’s debt/GDP ratio after the pandemic will slightly exceed 70%, contrasting with much higher figures in Europe, the US and Japan.

But the treaty was signed in 1992, a different era. The aftermath of the global financial crisis and Covid-19 shows that advanced economy governments have far greater fiscal space and that debt/GDP ratios well beyond the Maastricht treaty’s desired ratio, even 100% of GDP, are readily sustainable for economies with deep, liquid capital markets and decent economic track records. That doesn’t mean it is wise to aim for higher ratios, rather plenty of fiscal space can remain.

Real interest rates have plunged since the 1990s. It’s not just quantitative easing. Demographic factors, globalisation and the so-called ‘saving glut’ are factors. While it is uncertain if low interest rates are here to stay, most analysts foresee them as an enduring feature of the global financial landscape. Hence, servicing debt has become much easier and warrants far more attention alongside debt/GDP ratios. For example, in the mid-1990s, when German debt was roughly 60% of GDP, interest costs amounted to over 3.5% of GDP. Now, debt service is a scant 0.5% of GDP.

Even if one wished to view a 70% plus debt/GDP ratio as concerning, deficits and debt/GDP ratios should start reverting to trend as economies return to potential and pandemic spending abates. International Monetary Fund forecasts show Germany returning to near fiscal balance by 2023 and a debt/GDP ratio near 60% by 2026.

Another consideration is the purpose for which governments take on debt. While economists question the use of debt to finance government consumption in normal times, most believe that taking on debt to finance needed investments in public goods can enhance an economy’s growth potential. Over the years, they have debated separating investments from other spending in capital budgets or following a golden rule in which only investments are financed with borrowing. There is widespread agreement in Germany on the need for increased spending on infrastructure and climate. Additionally, negative real and nominal German interest rates would provide extraordinarily cheap financing for doing so, especially if the investments generated high rates of return.

From a financing perspective, German debt dynamics are strikingly secure. As reflected in Germany’s negative rates, bunds are one of the world’s most highly sought-after safe assets, particularly given the lack of strong European alternatives. European Central Bank QE heightens the demand for bunds as does the strong prospect that the ECB will run highly accommodative monetary policies for years to come.

Given trepidations over the German purse financing a European transfer union, Germany’s political class is calling for a return to EU fiscal rules. The Maastricht treaty’s 60% debt/GDP rule is no longer fit for purpose. Calling for rapid fiscal contractions in countries such as Italy with high debt/GDP ratios is a recipe for deflation. There is widespread agreement on the need to rewrite complex and incomprehensible European fiscal rules.

Similarly, German calls for withdrawing ECB accommodation seem counterintuitive, given the inflation outlook offers little prospect that the price target will be met after a decade of undershooting.

Fiscal policy is not just about stabilisation, but it also has allocative (the division between private and social goods) and distributional (adjusting societal income and wealth to promote ‘fairness’) functions. Germany’s political parties are having a healthy debate over what to prioritise: public investments such as infrastructure, climate and digitalisation; tax cuts for the lower and middle classes, and even corporations; or tax hikes for the well off.