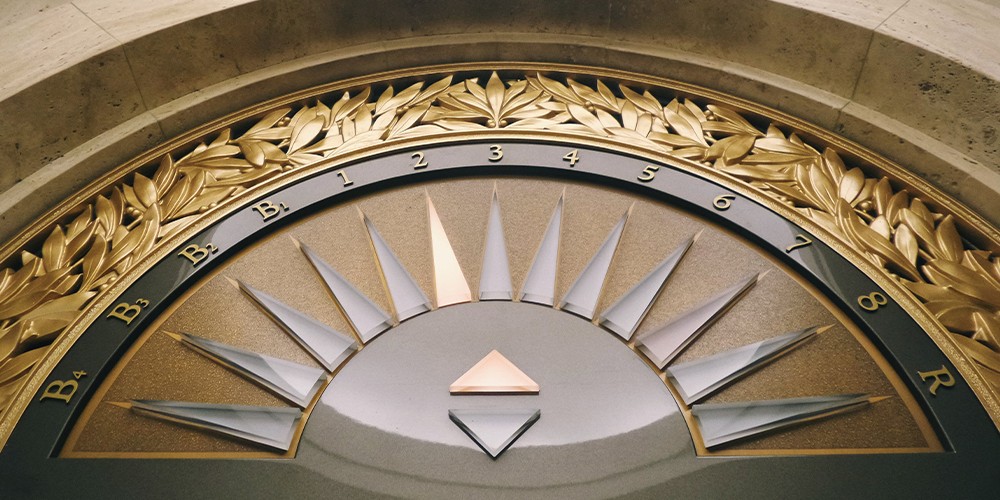 Fiscal efforts to contain the fallout of the Covid-19 pandemic are already fuelling controversy. In November 2020, the German supreme audit institution criticised the government’s deficit as ‘inappropriately high’ and called on policy-makers to put the budget back on an even keel. At the same time, Gita Gopinath, the International Monetary Fund’s chief economist, urged governments to refrain from withdrawing fiscal stimulus prematurely. Which is the right course of action? And is public debt spiralling out of control again, as was the case with Greece in 2012?

Four factors will determine public debt sustainability: the trend growth of economic output and the price level, borrowing rates and the government’s deficit levels. Due to their aging populations and already elevated productivity, advanced economies have little hope of high future economic growth. Moreover, central banks have been unsuccessful in boosting inflation for years. The good news, however, is that capital market rates have fallen significantly. The average interest rate on the stock of government debt stands at 1.2% for industrialised countries and only 0.6% for Germany.

Despite last year’s sharp increase in debt ratios, fiscal adjustments of less than 4% of GDP would be enough to close the debt sustainability gap in most countries. This should be feasible, particularly as tax revenues should rise and social welfare spending should decline as the economy recovers from the pandemic. 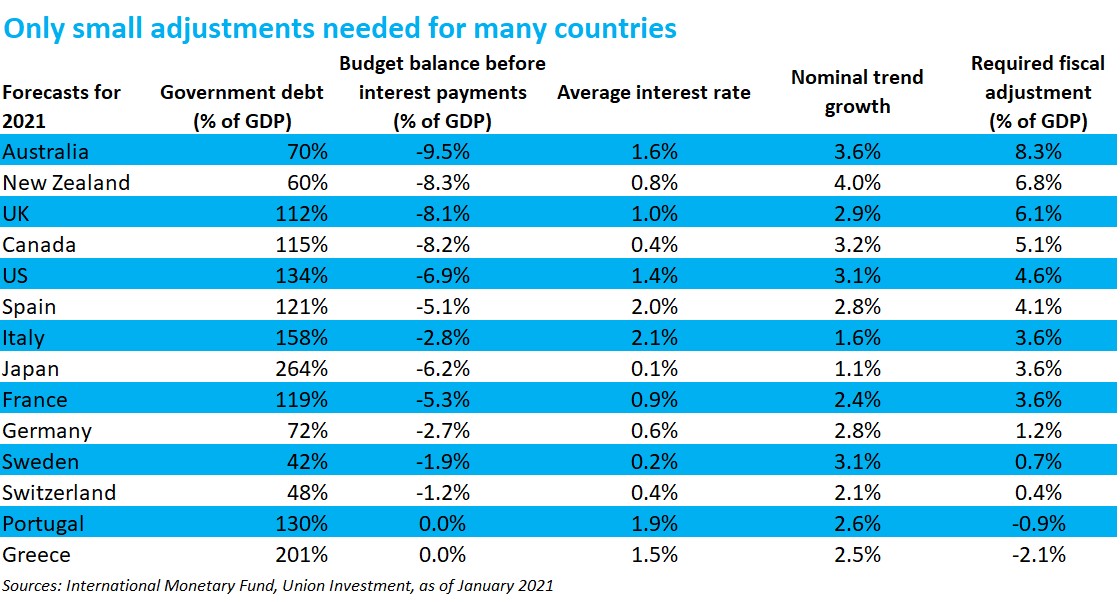 Rising debt levels alone won’t drive a country into difficulties – the currency regime plays an important role too. While yields on Italian government bonds shot up at the start of the crisis in spring 2020, this was not the case in Japan, even with its far higher debt ratio. Japanese government bonds will remain the safest yen investments, even if public debt rises further. Investors in Italian government bonds, on the other hand, can switch to euro-denominated bonds of other member states of the currency union at any time, thereby triggering market turmoil.

This severely curtailed Italy’s fiscal space. The European Council addressed this problem by establishing the European recovery fund in June 2020. Italy and other member states can now fund part of their budget with loans from the European Union and will also receive direct grants. Tensions in euro area capital markets eased significantly as a result.

By contrast, the government bond markets of countries such as Australia, Japan or the UK, which run large deficits funded in their own currency, never faced such tensions in spite of record-high deficits. The biggest risk associated with those markets is not government default but currency depreciation.