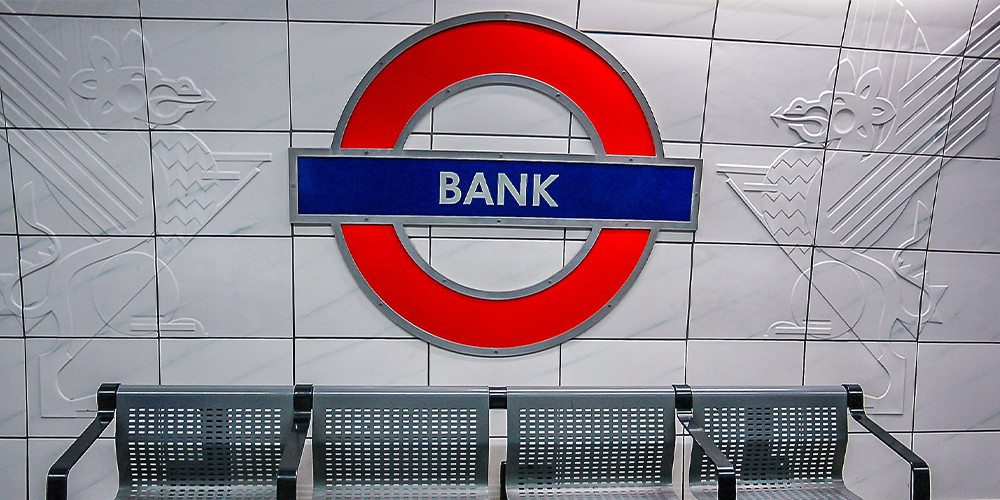 What happens when the Bank of England raises rates?

The UK Treasury’s plans for continued higher spending in response to the Covid-19 crisis have sparked fears about debt sustainability. The Office for Budget Responsibility remarked, in its November economic and fiscal outlook, that the higher stock and shorter maturities of UK debt have made public finances more vulnerable to future economic shocks, in particular, ‘to a sharp increase in short-term interest rates’, and that, ‘Since March, the sensitivity of debt interest to a one percentage point rise in short rates has doubled from £6bn (0.2% of gross domestic product) to £12bn (0.5% of GDP)’. A key cause of increased interest rate sensitivity was the payment of interest on reserves kept at the Bank of England given a greater volume of asset purchases. This stoked fears among the commentariat that IoR posed a threat to the UK’s fiscal sustainability. The monetary framework can be adjusted to mitigate these fears, should they materialise in the future.

To answer why, first we must look at how monetary and fiscal policy are connected by interest rates applied to the relationships between the Bank of England, Treasury and commercial banks. To ensure the interest rate in the interbank market does not fall below Bank Rate, the BoE pays interest on the reserves commercial banks keep with it. Before the 2008 financial crisis, commercial banks adjusted reserve levels based on the interest rate. Since the crisis, reserves have been ample, with the BoE shifting to paying interest on them. This maintains its control over short-term rates. The BoE receives interest on assets purchased under its asset purchase facility, funded by a BoE loan paid at Bank Rate. Its balance sheet is protected by an indemnity – a guarantee from the Treasury against losses. 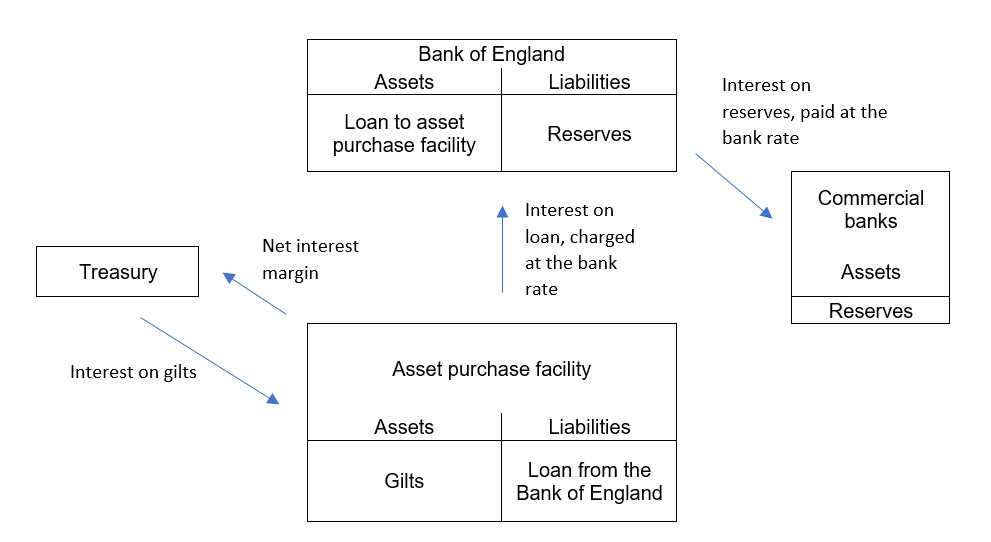 In October, the APF paid £59m in interest to the BoE. This would have been passed on to commercial banks and other financial institutions with accounts there. In the same month, the APF received £1.4bn in interest on its gilt holdings, leading to a tidy profit. The interest received depends on the yield curve and composition of the APF’s gilt holdings in terms of maturities. The interest paid depends on Bank Rate. Both depend on the volume of asset purchases.

The margin earned by the APF deteriorates if interest rates start to rise. The BoE is currently expanding its asset purchases to a total of £875bn. A one percentage point rate rise would mean the APF would need to pay the BoE an additional £720m a month, which would go to pay reserve account holders. With a two-percentage point increase, its margin would be gone altogether. This would not threaten the BoE’s solvency, as losses (and profits) from the APF fall on the Treasury. 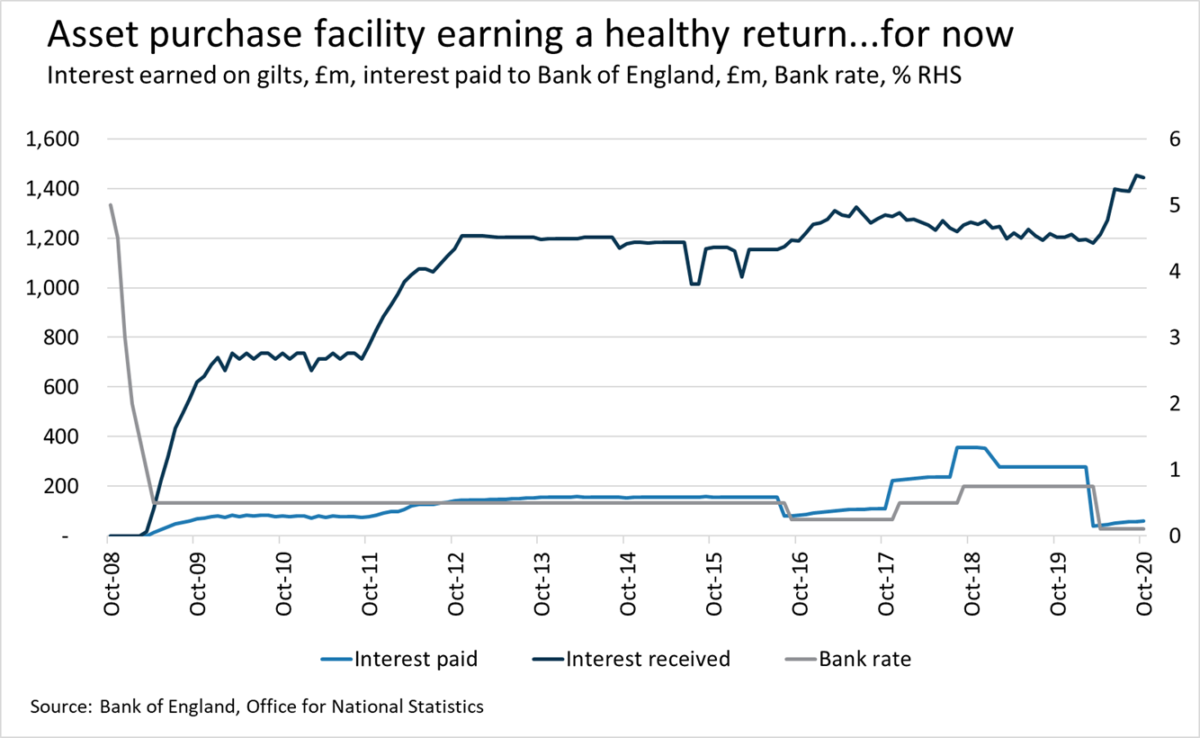 Another factor is the responsiveness of the yield curve to Bank Rate. A rise would steepen the yield curve and the APF would start to earn more interest on its holdings as new gilts replace redeemed ones with lower coupons. But while Bank Rate adjusts instantly, the interest earned on gilts would take years to fully incorporate the increase because of the UK’s high debt maturity. If Bank Rate were lifted beyond the point where the APF paid more interest than it earned, the Treasury would, in effect, be transferring cash to the APF so that it could fund the BoE’s interest payments to commercial banks.

The BoE’s asset purchases have made public finances more sustainable by raising bond prices. They have also reduced the potential for sell-offs in response to doubt over the future strength of sterling, higher inflation or the government’s ability to service its debts. Commercial bank reserves cannot suffer a sharp sell-off in the same way that government bonds can. 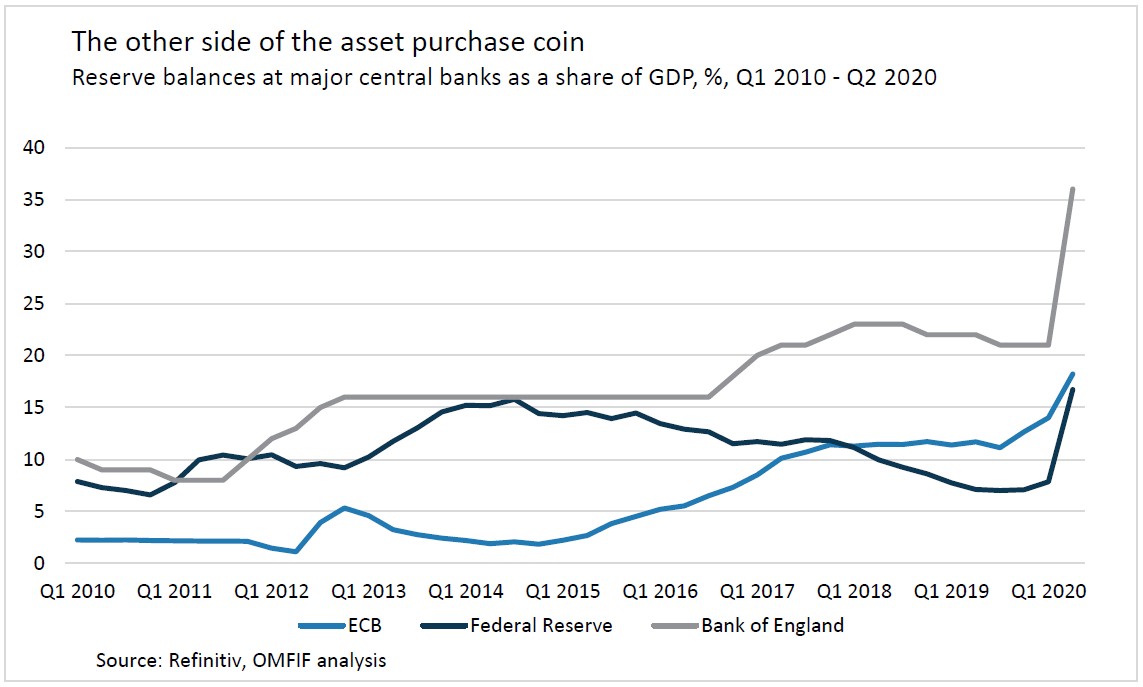 However, asset purchases have increased the sensitivity of the UK’s debt stock to changes in short-term interest rates. When long-dated bonds are bought from the private sector and replaced with bank reserves, a fixed-rate liability is being substituted with a flexible one. The total volume of liabilities remains the same.

The added debt is significant, as shown in the OBR report warning about the effect of interest rate increases on debt sustainability. But it is important to consider the macroeconomic circumstances in which rates would rise by a large enough figure to make IoR a significant problem. A two-percentage point rate rise would only take place in an environment in which output growth is high for an extended period of time, significantly outpacing Bank Rate and bond yields. This would effectively ‘inflate away’ some of the Covid-19-induced debt burden. Present calculations of the fiscal costs of IoR significantly overstate what the actual costs would be, even if growth runs into capacity constraints much earlier than expected.

Difficulties only arise in a low-growth, high inflation scenario, such as suffered by the UK in the 1970s. The BoE would consider the fiscal effect of rising interest rates in crafting monetary policy, should circumstances warrant concern about the fiscal effect of IoR. In some cases, doing so may be in direct conflict with the BoE’s mandate of price stability. But since its aim is ultimately to achieve the best possible macroeconomic outcomes, and also having an employment mandate, it could justify tolerating above-target inflation before raising rates.

The real risk is political. Conflict between the BoE and Treasury may arise if they disagreed on the inflation-growth trade-off, the best possible macroeconomic outcomes and their relationship to fiscal spending and monetary policy. But this risk is not inherent to the IoR question or even to quantitative easing as a whole.

There are ways central banks can mitigate the risk posed to public finances from IoR. The payment of it is an easily reversible, contingent policy choice; it constitutes one possible framework for monetary operations in an ample reserves system. Should interest payments reach a point at which a negative interest margin becomes a concern for UK economic policy-makers, the BoE could pursue several ways to alleviate this.

First, the central bank could choose to extinguish reserves by unwinding its asset purchase portfolio before raising rates. In a reversal of long-standing BoE forward guidance, Governor Andrew Bailey signalled in June that the central bank would indeed follow that order. This would significantly reduce the potential fiscal cost of IoR, although the BoE would no doubt achieve a market value loss on the APF bond portfolio. While Basel III rules have created substantial added demand for reserves from commercial banks, it is plausible that the optimal level of reserves is far lower than where it would stand after a Covid-19 balance sheet expansion.

Second, it could choose to tier reserves, providing remuneration to some but not to others. This would be a return to the pre-2008 system of reserves and mirror the tiering strategies of other central banks, such as the European Central Bank or Bank of Japan. This could ease some of the potential interest burden. Tiers can also apply different maturities, with some part of reserves only accessible after a notice period, perhaps a week or two, which could create additional scarcity, prompting short-term rates to climb without a need for higher IoR.

There is debate on the degree to which a central bank could use this form of reserve expansion to ‘recapitalise’ itself (such as if it were to operate with negative equity as a result of enormously high IoR payments). There has been some suggestion, most notably in a Bank for International Settlements paper by David Archer and Paul Moser-Boehm, BIS economists, that the existence of a Laffer curve in seigniorage revenue could eventually lead to a clash between the pursuit of price stability and the central bank’s financial status. In a seminal 2008 paper, former external member of the BoE’s monetary policy committee Willem Buiter suggested that there is a limit, albeit a very high one, to ‘the maximum amount that can be appropriated through seigniorage.’ More importantly, this could lead to political tension if central bank recapitalisation came to clash with fiscal aims.

It is unlikely that IoR poses a material risk to the UK’s fiscal sustainability. The existence of IoR is a policy choice, with other options available. The likely macroeconomic circumstances around potential rate rises, and the legal nature of central bank reserves, mean that they are unlikely to pose a significant challenge. If they do, this problem will be political.