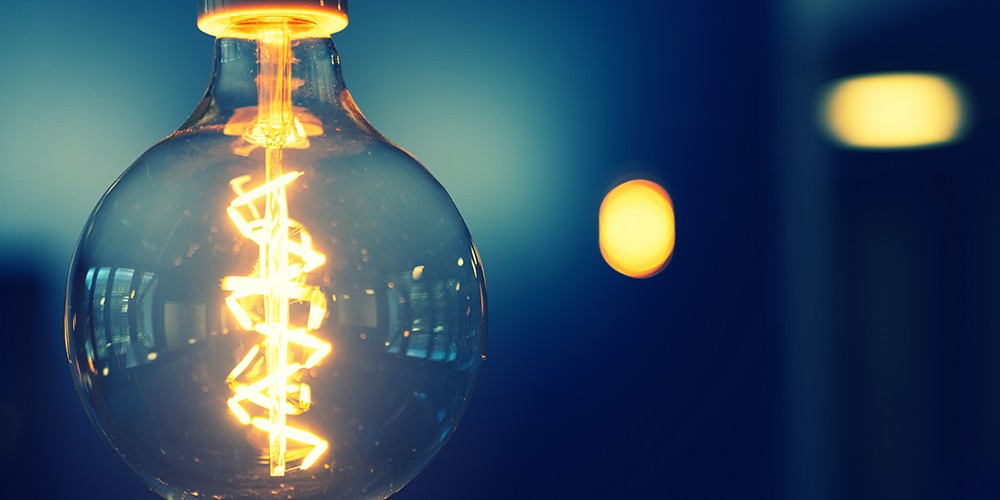 Redeveloping toolkits for the post-Covid economy

Many emerging market central banks broke new ground by engaging in large-scale asset purchases. The monetary authorities of Poland, Hungary, Malaysia, Chile and Colombia, among others, established quantitative easing programmes. While relatively small as a share of GDP compared to the asset purchases of developed economy central banks, these programmes are of unprecedented size for many countries (Figure 1). 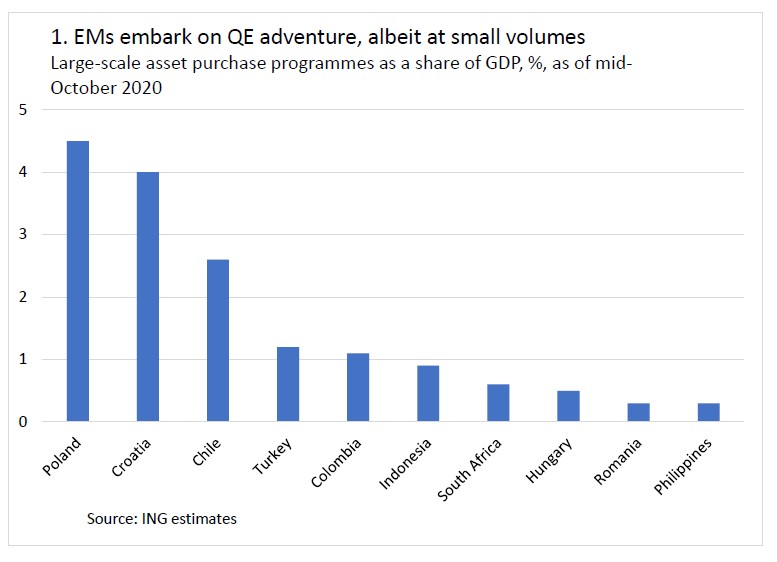 In the US, the Federal Reserve added to the alphabet soup facilities tested during the 2008 financial crisis with measures including a backstop of the coronavirus aid, relief, and economic security act’s paycheck protection programme. In a twist on typical lending operations, the Fed stepped in to provide term financing to lenders implementing the PPP, accepting packages of loans to small businesses as collateral.

At the time, these steps represented an immense and commendable policy response to the initial phases of the pandemic. Liquidity conditions were quickly subdued in many economies; old and new tools alike succeeded in tempering financial markets.

With a second Covid-19 wave taking hold in many developed economies, the prospect of a rapid recovery from the pandemic shock remains distant, in spite of promising vaccine news in recent weeks. This has forced central banks to rethink their approaches to monetary policy and innovate anew.

Some of these new steps have been focused on liquidity conditions. In the Philippines, the central bank has taken the rare step of issuing bills to manage domestic financial markets. While data on issuance of bills by central banks is sparse, a 2012 International Monetary Fund study estimates that only 33% of monetary authorities use their own debt instruments for liquidity management. During the financial crisis, a handful of prominent central banks, including Sweden’s Riksbank, issued bills for monetary policy purposes. For the Bangko Sentral ng Pilipinas, however, it is a first, significant and innovative step in managing the next phase of the pandemic.

Crucially, many of the new policy measures that are emerging today are more focused on shaping the long-term Covid recovery than on short-term liquidity.

The Bank of Japan’s announcement earlier this month of a ‘special deposit facility’ for regional banks is a case in point. In October, Japanese Prime Minister Yoshihide Suga declared that the country had ‘too many regional banks’, calling for a boost in mergers and acquisitions activity in the sector. The profitability of Japan’s regional lenders has declined steeply in recent years (Figure 2), increasing calls for consolidation. 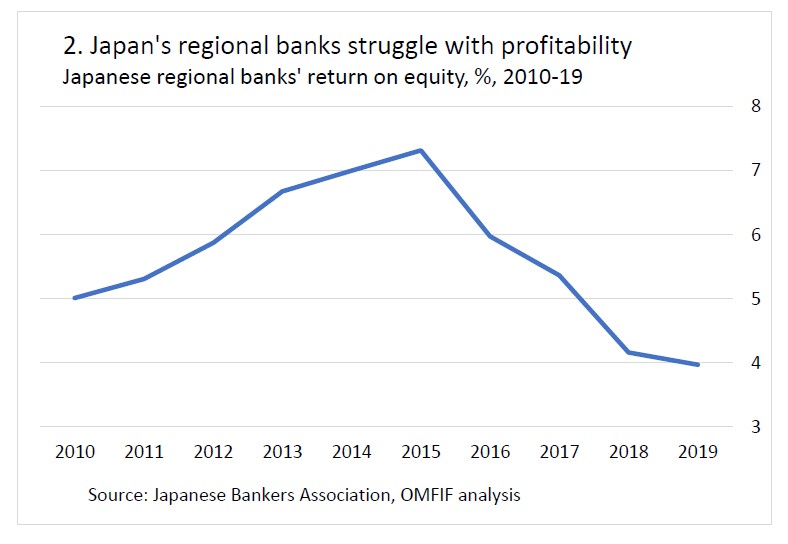 In response, the BoJ has introduced a facility that would reward regional banks that either meet a certain overhead reduction target or announce new mergers, business integration, or acquisitions between 10 November 2020 and March 2023. The banks would be rewarded with an interest rate of 0.1% on their BoJ deposits through the ‘special deposit facility’ for three years, in contrast to the -0.1% available on the central bank’s standard deposit facility. While ostensibly designed to support lending and financial stability, the move is likely to spark long-term restructuring in the Japanese banking sector, blurring the line between monetary, competition and industrial policy.

The further spread of so-called funding for lending programmes is another example underscoring how eager central banks are to expand their toolkits in the interest of the long-term pandemic recovery. The Bank of England introduced a term funding scheme for small- and medium-sized enterprises in March, offering tranches of low-cost funding for lenders depending on the volume of their real economy lending.

These have since been introduced in Australia, Taiwan, and several other jurisdictions, most recently New Zealand. The Reserve Bank of New Zealand scheme is more directly targeted at households, with the initial tranche of funding capped at 4% of banks’ ‘total loans and advances to New Zealand households, private non-financial businesses, and non-profit institutions serving households’ at the central bank’s official cash rate. The diffusion of alternative monetary policy instruments to bolster SMEs at this stage in the pandemic underscores the willingness of central banks to keep experimenting and adding to their toolkits.

Central banks have shown a continued willingness to reinvent their monetary policy toolkits, both in the interest of small-scale market functioning and of broader, more substantial economic policy issues.