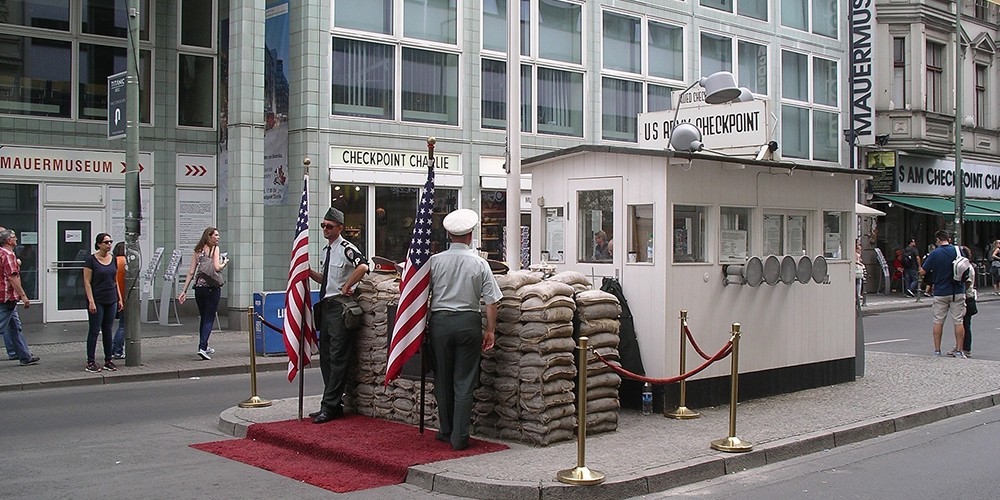 Chancellor Helmut Kohl was fond of recalling how, before choosing 3 October 1990 as the official date for German reunification, he first checked with the weather bureau. He wanted a sunny start for the new chapter of German history. The climatologists assured him that the first week of October was almost always sunny and warm.

In fact, on that day 30 years ago when East and West Germany were formally reunited, the weather in Germany was mixed. Some sun, some rain, some clouds. Maybe the perfect omen for the complicated future which awaited this reborn European power.

Kohl wanted sunshine because he knew that most of the rest of the world was watching Germany with a mixture of disbelief and apprehension. Hardly anyone had expected Germany to be reunited. Many were not sure it was a good idea. France and Britain worked actively to block it. Russians were too traumatised to do much of anything.

Only the Americans seemed sincerely happy to see Germany put back together. German television broadcast a pre-recorded speech by President George H.W. Bush. Bush concluded his remarks by declaring: ‘At this moment of celebration, as we look forward with you to a future of hope and promise, let me say, on behalf of all Americans, may God bless the people of Germany.’

America’s own strong German heritage certainly played a role in the positive American reaction. But Bush’s good wishes also reflected a vision of US interests, which most Germans and Europeans preferred not to see.

Bush understood that the end of the cold war would mean a decline in American willingness to remain engaged in Europe. He believed that, whatever the burdens of the past, Germany was destined not only to become Europe’s leading power, but also to take its place among the leading nations of the world. He hoped that Germany, as Europe’s central power, would lift from the US some of the responsibility for maintaining the security and prosperity of the West.

President Bush had already suggested, in a speech delivered in Mainz in May 1989, six months before the fall of the Berlin wall, that Germany become a ‘partner in leadership’ with the US. During the next 15 years, the US and Germany took the lead in building a stronger partnership which today unites democratic peoples from the centre of Europe to the shores of the Pacific.

Three decades later, revolutionary change has swept away many of the conditions which helped solidify the Atlantic community after 1990. The period following German unification, complex and difficult though it was in many respects, may turn out to have been the relatively easy part of the adjustment. We can see the effects of what some call the fourth industrial revolution. A global pandemic has ruthlessly assaulted modern society. Increasingly, voters on both sides of the Atlantic are focusing on their own well-being. The great era of rules-based international institutions seems to be nearing its end.

President Donald Trump’s anger with Europe is good politics for him at home. As they dive deeply into the Facebook and Instagram world, many Americans are beginning to wonder why the US pays so much of the western defence burden.

Similar reactions are evident in Germany. Rejection of coronavirus-halting measures has spread to both sides of the Atlantic. Pressing issues such as immigration, refugees, climate change, military defence, minority rights and many more are beginning to divide western societies. For anyone wishing to look carefully, the pressures on each side of the Atlantic are nearly identical.

As the new Tesla electric car factory being built south-east of Berlin dramatically demonstrates, for the first time in over 100 years, Europe and Germany are no longer in the forefront of technological change. The rest of the world is bursting with innovation, yet much of Europe has come to resemble a version of its own past. Overcoming this situation will require a fundamentally new Atlantic and European narrative.

However hesitant it may be, Germany is steadily becoming the nation which defines the western vision, for both sides of the Atlantic. Today’s crisis in America has also already reached Europe. Politics in Europe will in coming years increasingly resemble those of the US. Citizens will increasingly wonder why 500m educated, prosperous Europeans cannot exert more influence on their own futures.

The answer to this question will help define America’s future global role. As Europe’s leading nation, Germany will play a central part in the new European narrative. We can only hope that Germany can guide Europe back to restoring the mutual trust needed to repeat the 1990s achievements of Atlantic unity.

Are central banks independent or almighty?