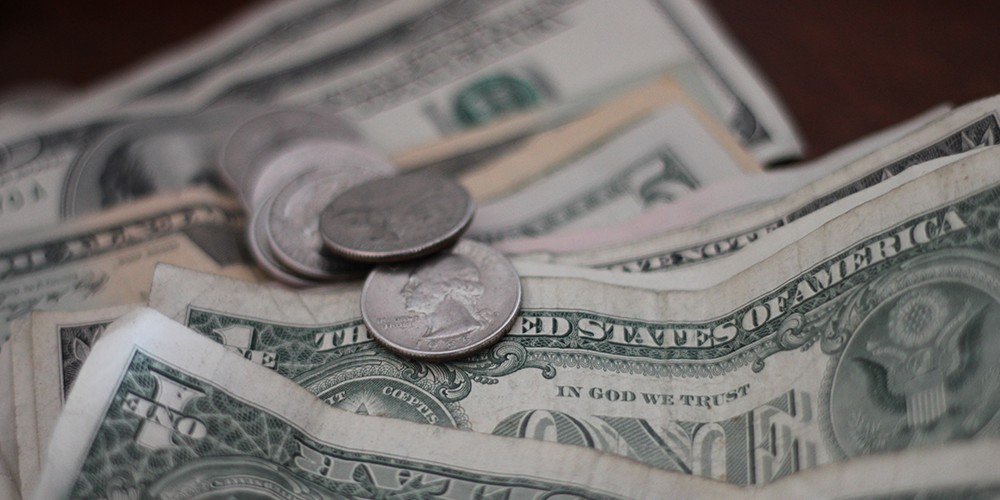 The US economy is making every effort to claw its way back from the sharpest downturn in recent memory. Meanwhile, the pandemic’s fatality count continues to increase as Americans and others worldwide brace for the possibility of a second wave.

Whoever wins the 3 November presidential election will face putting America’s economic house in order as a priority. To try to understand what that path might look like – whether President Donald Trump stays in office or former Vice-President Joe Biden is elected – it is helpful to consider each campaign’s economic proposals.

Two reputable organisations have done just that: Moody’s Analytics has carried out a comprehensive analysis based on models used by the Federal Reserve and Congressional Budget Office. Another analysis comes from the independent, bipartisan Committee for a Responsible Federal Budget. Their emphasis highlights the impact of the candidates’ competing plans on the deficit and national public debt.

The Committee suggests that ‘both plans would add substantially to the debt’ but in numbers that are a whisker difference from each other.

Trump’s proposals for a second term would add $4.95tn to the debt through 2030. The Biden plan would contribute to a $5.6tn deficit over the same period. Similarly, there is little difference between each candidate’s one-time spending on infrastructure. The Trump plan would cost $2.45tn and the Biden plan, $2.35tn.

National public debt would increase to 125% of GDP by 2030 under Trump, and 128% under Biden. Either way, says the Committee report, Americans are facing a ‘new normal’ when it comes to budget deficits and public debt.

Moody’s Analytics also underscores the deepening fiscal challenges awaiting the next president. Nevertheless, it concludes that ‘Bidenomics’, and not ‘Trumponomics’, will result in the stronger US economy.

Moody’s says, ‘Largely because of Biden’s substantially more expansive fiscal policies, the economy would return to full employment more quickly coming out of the pandemic than under Trump – in the second half of 2022 under Biden compared with the first half of 2024 under Trump.’

A Bidenomics recovery has potential to spur creation of as many as 18.6m jobs and an after-tax income boost of $4,800 per average household. The emphasis is on speed and a bet that the size of federal spending will be offset by a partial rollback of the Trump tax cuts for business and the wealthy. A benign interest rate environment, at least until full employment returns, is also expected.

The choice between the two could not be clearer, the report concludes.

A Trump victory would mean continuation of his first term, which has been designed to help the private sector and the economy’s supply side. The president’s underlying philosophy: the private sector alone and not government is the source of jobs, higher productivity and greater wealth.

By contrast, Biden will draw on his experience stewarding the Obama administration’s economic reforms following the 2008 financial crisis and put his own stamp on the economy’s recovery. He will advocate economic reforms that reallocate resources and address longstanding, divisive economic and by extension social inequalities in access to healthcare, education and job opportunities.

Biden’s plan intends to reinvigorate the US economy – reallocating federal monies to spur growth by reducing the gap between the haves and the have-nots and building green infrastructure and greater broadband access – all leading to more jobs, higher incomes for the middle class and a stronger economy.

If that means putting off thinking about deficit spending and debt, so be it. It’s about winning a war and worrying about how to pay for it later.

Bidenomics versus Trumponomics at a glance 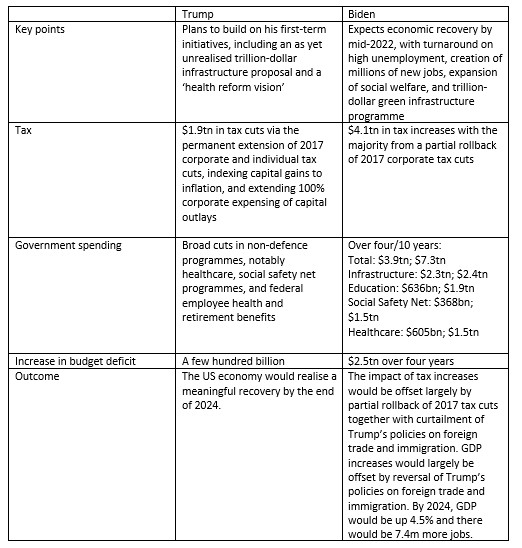