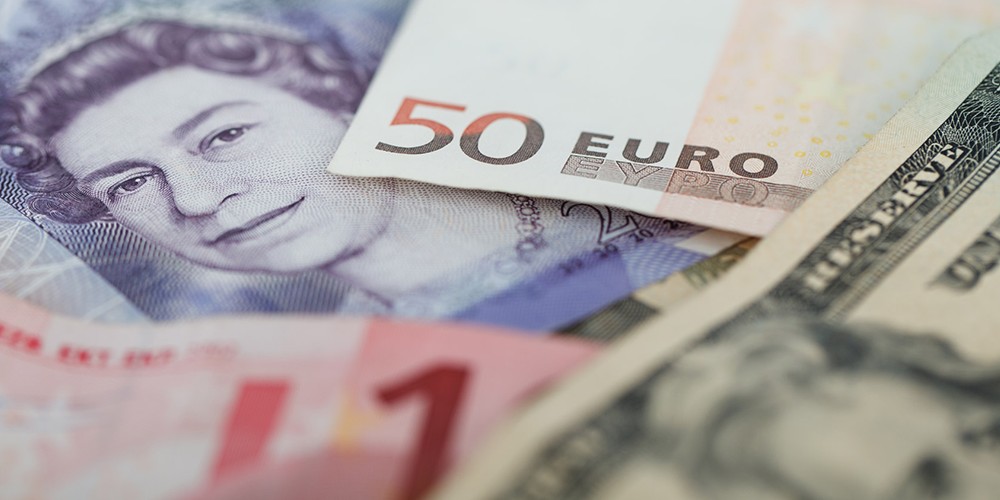 Despite much grumbling, officials should be relatively happy with how foreign exchange markets are performing, especially after Covid-19 triggered a massive and chaotic scramble for dollar liquidity earlier this year. Markets are now liquid and orderly. Volatility is well behaved. Sustained risk appears neither off nor on. There are no visible significant misalignments. Major currencies for now have settled into trading ranges. It remains to be seen whether the relative calm will last, given myriad potential difficulties ahead.

The dollar spiked in March as pandemic-induced lockdowns hit global financial markets before the Federal Reserve swung into action. But the nominal trade weighted dollar, following its 10% jump during the liquidity scramble, is now little changed from the beginning of the year. On a real trade weighted basis, the dollar is still strong relative to the past decade and slightly up this year, as appreciation against emerging market currencies has exceeded modest depreciation against majors.

In recent months, the dollar’s easing has reflected improved financial conditions in foreign exchange markets, Fed rate cuts which reduced interest differentials in favour of the dollar, and a range of US uncertainties – the country’s poor handling of Covid, whether there will be another round of fiscal support, questions about the Federal Reserve’s new framework, US-China tensions, and the tumult surrounding the forthcoming elections. Despite these uncertainties, overall market caution and that the dollar benefits from a risk-off environment have restrained dollar selling.

European officials seem displeased with euro appreciation. Numerous European Central Bank and other officials are speaking publicly and cacophonously, suggesting a rising euro will add modestly to deflationary pressures. While true, the intensity of the euro exchange rate discussion, after the ECB has missed its inflation target for almost a decade, could be construed as pointing to a desire to talk the euro down.

This commentary is overdone. The euro is only up roughly 5% versus the dollar and on a trade weighted basis this year. Further, the ECB’s real trade weighted indices suggest that the euro remains historically low and competitive, seemingly confirmed by the 3% of GDP euro area current account surplus. The ECB has agreed to G7/G20 exchange rate commitments entailing the use of domestic instruments to achieve domestic objectives and not targeting exchange rates. If the euro area’s challenge is lowflation and enormous internal imbalances between surplus and deficit countries, those are best addressed through additional macroeconomic support and structural reforms.

The renminbi has recently attracted attention. Some analysts point out that while Chinese reserves remain steady, China’s current account surplus is rising sharply this year to 3% of GDP and capital inflows are building due to higher bond yields and opening measures. These analysts suggest that stealth intervention may be occurring off the central bank’s balance sheet to hold down renminbi appreciation. Some have gone so far as to raise anew the spectre of Chinese currency manipulation.

While China’s current account surplus is substantially up this year, though, this probably largely reflects Covid phenomena – declining tourism outflows, lower commodity import bills, and stepped up exports of personal protective equipment and work from home products. It may also reflect less stimulative Chinese policies relative to other major countries given concerns about leverage and financial risks.

Meanwhile, Chinese currency policy has long emphasised stability, in recent years increasingly focusing on the stability of the effective renminbi rather than the dollar per se. The Chinese currency has risen nearly 6% from its end-May lows (and 3% since end-2019) versus the dollar, while appreciating 2.5% on a trade weighted basis.

The Japanese yen typically trades as a safe currency. It rose against the dollar as global liquidity tightened in March and subsequently eased off. It has resumed steady, though modest, appreciation in recent months as the dollar traded more cautiously. For the year, it’s up 4%.  Recently, analysts have wondered whether Japan would start jawboning if the yen approached 100 per dollar. Since 2013, Japanese officials have significantly scaled back their past habitual open mouth operations and instead focused on domestic policy.

Sterling has come off sharply against the euro this year, by around 7%. However, the harder the Brexit, the greater the hit and loss of real income will be to the UK economy. Sterling depreciation is a logical outcome.

On balance, especially given the scramble for liquidity in March which the Fed overcame, foreign exchange trading for the major currencies has proceeded relatively smoothly this year. Policy-makers and analysts should be relieved. They should spend more time addressing underlying country policies and performance and less focusing on exchange rates.