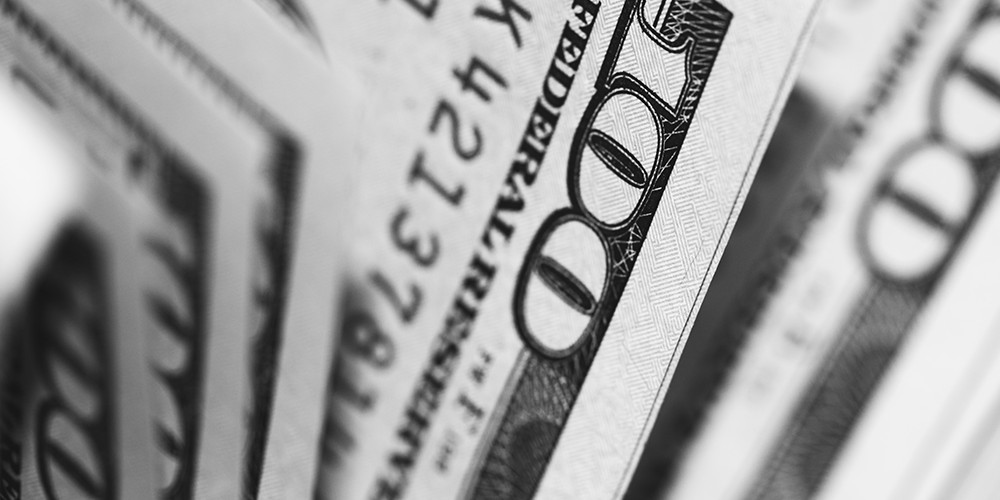 August has brought a profusion of excited commentary on the dollar and foreign exchange markets. Some colourful reports suggested the greenback was in a free fall, a relentless sell-off, and a slump. Others conjured up the longer term – a sharp downward move raises questions that go to the heart of the global financial system and the dollar’s role.

These stories are deeply exaggerated in their assessment of current and longer-term trends, let alone their conflation of the two.

Markets have good reasons for bearish dollar sentiment. The US response to Covid-19 has been a flop, and some data point to a stalling recovery. Asia and Europe are better containing the virus and their near-term growth prospects are superior to America’s. There are huge question marks around continued US fiscal support. US interest rates have plunged and the Federal Reserve is likely to be on hold for years – interest differentials favouring dollar placements have been slashed. Elections loom. US-China tensions abound. Global confidence in America is eroding. Meanwhile, Europe’s agreement on the next generation recovery fund is boosting euro sentiment.

But the dollar’s recent declines – nearly 10% versus the euro – come off highs reached in March amid a global scramble for dollar liquidity. Risk-off sentiment limits dollar selling, even if pressures from March have abated. US post-Covid growth prospects are surely better than most other advanced economies. Many emerging markets face tough stresses ahead and idiosyncratic weakness.

US officials keep a vigilant eye against potential market disorder. While broader financial dysfunction may have strained foreign exchange trading in March, the Fed’s timely actions to restore sound market functioning, including through the extension of global dollar swaps, relieved pressures.

Policy-makers at times fret about large currency misalignments. While the previous chart shows the dollar above its longer-term average since 2006, that below captures a much longer-term real perspective from 1973-2019. It also shows that the dollar is still considerably down from its peaks – for example in 1985 around the time of the Plaza accord, or 2002 when the euro was very weak after its introduction.

On balance, currency markets are orderly, the dollar in the aggregate is little changed this year, and there is no reason for overexcitement.

Some of the latest commentary on the dollar’s reserve currency status seems far off-base.

The reduced weight of the US in the world economy, the aggressive use of unilateral financial sanctions, and diminished confidence in US global leadership may accelerate decline in the dollar’s future role. But some pronouncements have quickly forgotten that only months ago, the Fed played the role of the reluctant global lender of last resort to stave off financial crisis, proving that it was the world’s indispensable central bank.

The US underpinnings for the dollar’s reserve status remain well-entrenched – the deepest and most liquid and open capital markets in the world, solid property protections, a large economy, a strong financial system and its global networks, and inertial effects.

Meanwhile, Europe lacks a true safe asset. China has extensive capital controls and a weak financial system. Increased state control, exemplified by China’s recent actions in Hong Kong, is surely a deterrent to a significant renminbi role in the foreseeable future. On balance, since the early 2000s, the dollar’s share of allocated global reserves has fluctuated between 60%-65%.

At the launch of the International Monetary Fund’s 2020 External Sector Report, I observed to IMF Chief Economist Gita Gopinath that for more than 50 years, several countries – often led by France – have complained about the dollar’s ‘exorbitant privilege’. Yet, none seem to want a piece of the action. Gopinath largely agreed, noting that while others say they would like a slice, they were not prepared to take the necessary actions to assume a major reserve currency role.

Perhaps commentary is overly focused on the latest squiggles in the dollar. Perhaps some foreign exchange traders are shorting dollars. Yet, pronouncements about a collapsing dollar or the early demise of the world’s reserve currency are woefully overblown.

Mark Sobel is US Chairman of OMFIF. For more on this topic, watch Robert Kaplan, president and chief executive officer of the Federal Reserve Bank of Dallas, discuss the US economy, role of the dollar, and post-pandemic recovery.