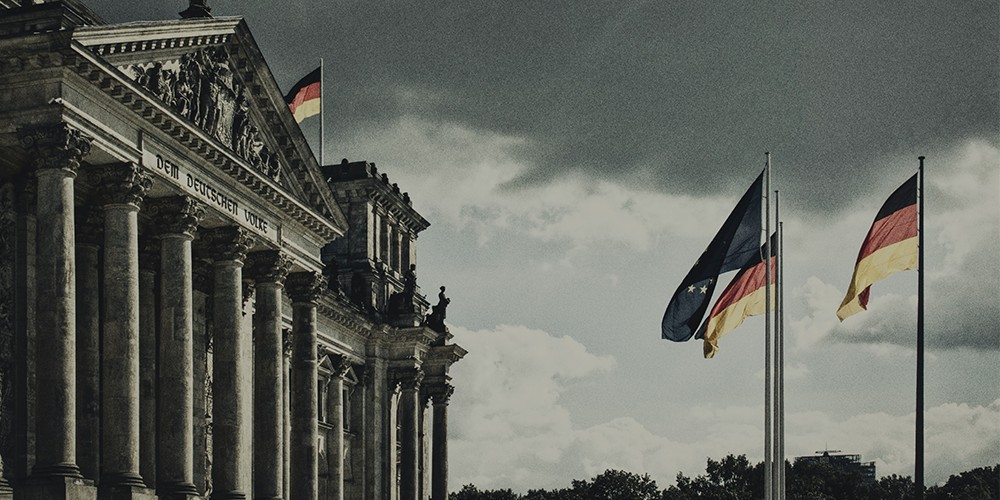 The German constitutional court this week is expected to heighten political divisions over Europe’s pandemic recovery by affirming constraints on the Bundesbank’s participation in European Central Bank government bond purchases.

Germany’s highest court will rule on 5 May on a five-year-old lawsuit brought by around 1,750 German citizens over the central bank’s role in Europe’s quantitative easing. The verdict is likely to result in qualified approval for further Bundesbank bond purchases. It will be welcomed by the Berlin government, the ECB and the European Commission as a ‘green light’. But the decision will expose differences between Germany and its partners in economic and monetary union over the limits of central bank steps to support hard-pressed economies. It may subject the Bundesbank to conflict between obligations to the ECB, of which it is the largest shareholder, and obeisance to Germany’s highest court.

The judgement marks the provisional climax to drawn out legal wrangling pitting four ‘complainant groups’, including industrialists, politicians and academics, against the German government, in an action involving the European Court of Justice and other governments led by France and Italy. It will spark further juridical tussles in coming months. This could undermine European Union cohesion in the face of the worst post-war economic contraction, overshadowing efforts to channel funds to weaker southern EMU members such as Italy – possibly widening these countries’ bond spreads with Germany.

This legal uncertainty demonstrates the structural handicaps of an incomplete EMU linking one central bank and 19 sovereign governments. By contrast, massive central bank quantitative easing and other support measures in the US, UK and Japan have attracted relatively little dissent.

The judges will announce the lengthy ruling at 10.00 AM local time in Karlsruhe in south-west Germany, attended by plaintiffs and the media in spite of virus-induced public health restrictions. The court has no jurisdiction over the ECB, and is enjoined to uphold European law. Yet the court has ultimate power to examine whether or not Germany’s participation in European integration violates European treaties and thus infringes the German constitution. It can also qualify ECJ rulings as unlawful (ultra vires).

In a landmark statement in July 2017, the court already expressed sympathy for the plaintiffs’ arguments that public sector purchase programme actions were inconsistent with European law governing EMU. The court underlined doubts over possible contraventions of treaty prohibitions on monetary financing of governments, on over-extension of the ECB’s mandate and on exposing national budgets to uncontrollable risks from troubled EMU member states

The Karlsruhe judgement encompasses the court’s response to December 2018 answers from the ECJ to five key questions it posed in July 2017. In a result that the lawsuit’s backers generally felt paid scant regard to the German court’s legal arguments, the ECJ upheld the validity of the PSPP, but listed conditions for compliance. In line with these findings, the German court is likely to remind the Bundesbank of the need to respect bond-buying restrictions that, controversially, have been suspended for the €750bn of emergency asset purchases announced on 18 March and started six days later. Depending on whether bond-purchase conditions are met, at a later stage the court could potentially recommend the Bundesbank should desist from involvement in further ECB easing, opening a ruinous EMU schism.

The 5 May judgement applies to the PSPP started in March 2015 rather than the pandemic emergency purchase programme. But the general principles the court affirms for the PSPP – especially the need to spread out bond purchases around the euro area rather than concentrating on the most indebted countries – will set down significant criteria for the PEPP too. This will be especially important if the PEPP is increased, as the ECB has said could happen, and runs beyond end-2020, rather than finishing in December, as the timetable currently envisages.

The Karlsruhe ruling was earlier expected in November 2019. It has been delayed for procedural reasons, partly resulting from the pandemic, which have provoked discord within the court and in the German Bundestag. The verdict is attracting greater attention on financial markets and in public opinion than would have been the case last autumn. This reflects the PSPP’s hotly contested resumption decided in September 2019 after a nine-month hiatus, the subsequent coronavirus dislocation, and deep differences on distributing crisis burdens among European states. The most divisive issue is oft-proposed debt mutualisation that would entail substantial transfers from the more solvent north to highly indebted southern states.

Underlining the disparities, the Bundesbank is expected to announce this week that its end-April advances to embattled southern central banks through the ECB’s Target-2 asset-liability system have for the first time passed the psychologically important level of €1tn. Much is at stake. Here are seven pointers to what may happen next.

1. Who’s behind the lawsuit?

2. Will Karlsruhe allow continued Bundesbank participation in the PSPP and the new emergency programme?

The answer will be ‘Yes, but.’ The judgement – which, already delayed, was set for 24 March, then postponed again because of Covid-19 – was written before the PEPP announcement on 18 March. The judges are unlikely to dwell on the emergency. They can be expected to highlight the importance – spelled out in the ECJ’s December 2018 statement – of the PSPP’s temporary nature and monthly purchase limits. The ECJ laid down, too, that national central banks’ bond purchases should follow the ECB’s ‘capital key’, reflecting countries’ economic size rather than debt, as well as limits per issue and per issuer.

3. Are some conditions already not being respected?

For the PSPP, latest ECB statistics for March reveal significant over- and undershooting respectively of Italian and German bond purchases, measured by the capital key. Similar emphasis on Italian purchases is expected to be revealed for the PEPP when the ECB gives figures in around one month. Furthermore, the ECJ in 2018 drew attention to ‘stringent eligibility criteria based on a credit quality assessment’, saying that, in the event of a rating downgrade, the ECB would have to decide whether to sell bonds of the member state concerned. The ECB has suspended or modified all these rules under the PEPP’s new-found ’flexibility’. The Karlsruhe judges’ arguments will give the complainants’ legal teams significant ammunition for fresh depositions, including a possible early bid for an interim injunction against Bundesbank participation in both the PSPP and the PEPP.

4. What new steps could the judges request from the Bundesbank and ECB?

The court may ask for information from the Bundesbank and ECB on how bond purchases can adhere to guidelines for ‘capital key’ distribution. It may seek clarification on reinvestment of maturing bonds beyond the purchase programmes’ de jure expiry. It could request information to ensure that EMU members do not rely on the certainty of central bank bond purchases as a means of plugging holes in budget deficits, which would bring monetary measures into the centre of economic policy-making and infringe the no-monetary-financing rule.

5. How could this affect the PEPP?

Some of the complainants are analysing a statement from Philip Lane, the ECB’s board member for economics, who, in a 1 May ECB blog, referred to ‘an additional market stabilisation role’ for the ECB as ‘the common central bank in a multi-country monetary union’. The ECB would use ‘the flexibility embedded in the design of the PEPP’ to lower ‘non-fundamental volatility in spreads’ by countering ‘self-fulfilling flight-to-safety dynamics and illiquidity in individual sovereign bond markets’, holding back interest rate rises that would otherwise ensue from ‘the prospective scale of public debt issuance’. Intending to clarify previous remarks by Christine Lagarde, the ECB president, Lane has spelled out in greater detail than hitherto how the ECB intends to protect weaker states from the interest rate consequences of higher budget deficits. His statement (although made in the context of the pandemic) contradicted the ECB position, given in evidence to the constitutional court and recorded in its July 2017 text, that the ECB’s asset purchases are not aimed at harmonising issuers’ yields.

6. What does this mean for the constitutional court?

Andreas Vosskuhle, the court president since 2010, who steps down on 6 May, has presided over a series of judgements on EMU matters calibrating the balance between European law and the German constitution. Although the court has never ruled that European monetary actions as inconsistent with German law, it has progressively narrowed the margin of European manoeuvre. Vosskuhle is close to Chancellor Angela Merkel, is believed to harbour political ambitions and has been tipped as a candidate for the federal presidency. His designated successor is Stephan Harbarth, constitutional court vice president, a former Bundestag deputy from Merkel’s Christian Democratic Union. His selection has been criticised as allegedly weakening the court’s independence. The court knows its judgement is highly sensitive and will weigh its words with care, since an over-aggressive stance could badly undermine EMU. Yet Vosskuhle, as part of his legacy, will wish to uphold the court’s authority to withstand unjustified European intrusion into German constitutional principles.

7. What will be the balance between German and European law?

In its July 2017 statement Karlsruhe stressed that ‘exceeding of competences [by European institutions] carries considerable weight for the principle of democracy and the sovereignty of the people.’ The court on Tuesday is likely to comment on the ECJ’s December 2018 rejection as ‘inadmissible’ and ‘hypothetical’ the last of its five questions – on the possibility that European government bond defaults could expose the German parliament to unacceptable budgetary risks. In the event of defaults, the court in July 2017 termed as ‘likely, if not inevitable’ that the ECB governing council would activate a clause in its defining statutes to inaugurate full risk-sharing among national central banks. ‘This would essentially lead to a re-distribution of risks on an unprecedented scale, which would exceed the ECB’s mandate.’ At a time when the ECB’s heightened crisis actions are exposing it to much greater credit risks, the court may take umbrage at the ECJ’s dismissal of one of its central questions. The judges on Tuesday can be expected to clothe their caution in robust language. This will be a defining moment for EMU.