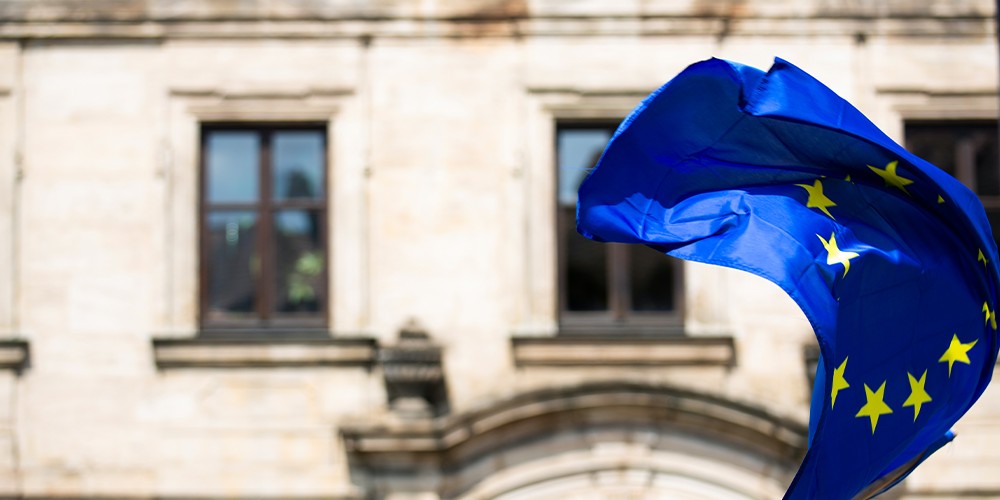 Borowski: Europe has progressed only through crisis

The European Central Bank, at the next monetary policy meeting on 4 June, is expected to increase its PEPP pandemic emergency bond-buying programme by €400bn-€500bn, after having spent around €250bn of the €750bn total up to end-May. That is the forecast of Didier Borowski, head of global views at French asset manager Amundi, in a podcast with OMFIF on the options facing the ECB after the ruling on bond purchases by the German constitutional court on 5 May.

‘If you look ahead, and seeing the debate in Germany, [the ECB] may lose some flexibility in its purchase programme,’ Borowski said. ‘In the short run, we would expect the ECB in its government bond purchases to continue to deviate quite substantially from the capital key.’

The German constitutional court objected to the Bundesbank’s role in the ECB’s mainstream public sector purchase programme, on the grounds that the bank did not give adequate consideration to the ‘proportionality’ of its decision-making. This is linked to the issue of whether bond purchases need to be made in line with the ECB’s capital key, measuring the size of members states’ economies rather than of their debts. However, Borowski said that, ‘under exceptional crisis circumstances and for a short period, until the end of 2020, the ECB can operate without respecting the proportionality rule.’

Answering the court’s request for more explanation on PSPP decision-making will be a difficult task. ‘We may see a lot of volatility and political tensions in Germany during the summer, but eventually I believe that we can imagine a situation where all institutions save face and close the debate in an orderly manner.’

The Karlsruhe court’s judgment complicates the ECB’s agenda on 4 June. Borowski expects that the PEPP will have run out by September, if the current pace of purchases continues. ‘That’s why it’s highly likely that in June the ECB will announce a new programme [of raising the PEPP] probably by between €400bn and €500bn.’

He also praises the ECB for the actions it has taken during the crisis. ‘The ECB has avoided the deep market fragmentation that might have taken place without intervention. The ECB has benefited all eurozone economies since the start of the crisis.’

Borowski points to welcome progress towards Europe-wide risk-sharing as in last week’s Franco-German plan for a €500bn fund hinging on grants not loans to hard-hit countries. ‘Europe has progressed only through crisis. We are able to cope with this crisis, thanks to the tools that were launched following the European sovereign debt crisis.’

A closer union would be a gradual process. ‘Thanks to this crisis in Europe, we will make some progress on the fiscal side. It’s not the true mutualisation that many economists expect, but it’s the first step. European Monetary Union will I believe, step by step, become a true monetary union.’

Borowski points to considerable squabbling across Europe about the appropriate fiscal and monetary balance. Yet Borowski’s forecast for Europe is optimistic. ‘The political environment will be quite noisy; fiscal policy is lagging and monetary policy may not be as flexible as we thought. I would expect that governments will ultimately do what is necessary.’

Future of the euro area