Biden’s surge and the power of fear 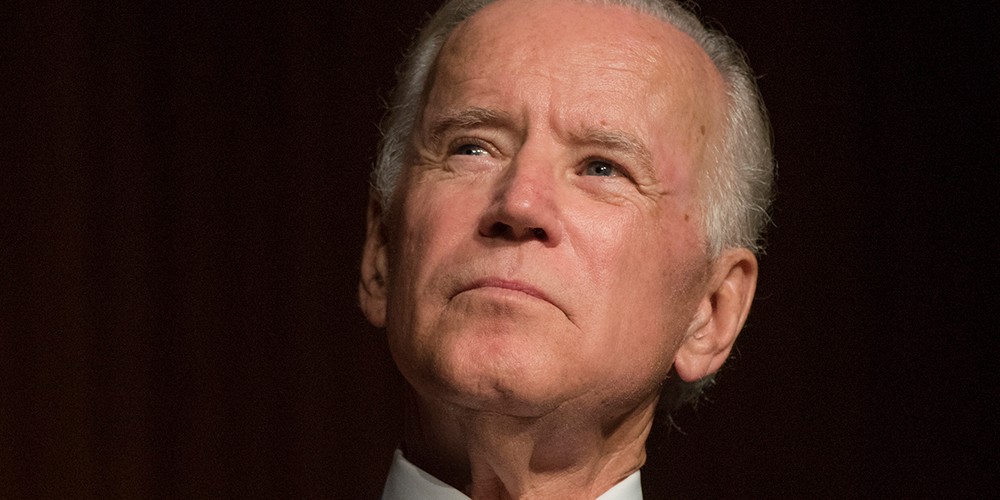 He is a backer of establishment foreign policy, which he had an important role in shaping as chair of the Senate foreign relations committee and US vice-president. Biden supports the North Atlantic Treaty Organisation, the European Union and an independent Federal Reserve. He believes in free trade and multilateral institutions. He dislikes deficits but won’t make a big issue of it, won’t talk about reversing Trump’s tax cuts but won’t promise any new ones, and wants to improve Obamacare but believes in private insurance.

In December, Biden said in a campaign ad that Trump was making himself a laughingstock among Nato allies, showing clips of leaders joking about his overlong press conference. ‘Nato is not a protection racket,’ Biden said on his campaign stops. In a TV interview, Biden said the president’s attacks on the Fed were an abuse of power, adding that the central bank is supposed to an ‘independent entity.’

Some of his remarks on China have raised eyebrows, as when he suggested early last year China was not a competitor. But he has been a harsh critic of the Belt and Road initiative as an environmental threat for exporting dirty coal.

Biden’s strengths are looking good to the Democratic establishment and the media, which is largely anti-Trump. Biden has long experience in Washington with extensive foreign policy exposure, eight years as Obama’s vice-president to bolster his support with African-American voters, and a folksy manner at odds with the incumbent so disliked by Democratic voters. In short, Obama bis, but better able than Hillary Clinton to appeal to white working-class voters because of his background and style.

But some of these same qualities make him vulnerable. Sanders, in the time remaining to his campaign, will attack Biden precisely for his go-along support for the war in Iraq, creating the North American Free Trade Agreement and getting China into the World Trade Organisation. The former vice-president is also likely to come under fire for sponsoring a crime bill that led to a disproportionate incarceration of African Americans. And last week, Sanders hit out at Biden’s support for cuts to Medicare and social security.

But far worse awaits Biden if he faces Trump in the general election. Biden is the same flawed candidate he was when he flamed out in the early primary contests. The controversies over his unwanted touching will resurface and the shenanigans of his son Hunter – not only in Ukraine but in China and other countries – will raise the spectre of corruption. The president will not hesitate to exploit both.

Worst of all is the abundant evidence of the 77-year-old’s cognitive difficulty. Just this past month he has spoken of 150m people killed by gun violence since 2007, urged people to vote on ‘Super Thursday’ (as opposed to Super Tuesday), and discussed his running for US Senate (not the White House). Last week, he took his wife’s hand and introduced her as his sister Valerie, and muddled the opening quote of the Declaration of Independence. The list goes on. These can longer be excused as simple gaffes, and Trump will make sure people know about each one.

Whatever the merits of Biden’s achievements over the years, these shortcomings portray him as a candidate who will get the nomination only because he is the least bad choice. They make him look like a front man to help the Democratic establishment get into power – a latter-day El Cid strapped to his horse to lead his troops to victory.

Much has been made of Biden’s popularity among African-American voters. But his victories in southern state primaries where the majority of Democratic voters are black are meaningless in the general election; these states traditionally skew Republican and will end up in Trump’s column in the electoral college vote. However, his win in the Michigan primary indicates some ability to expand the electorate in a critical swing state.

In the meantime, the party establishment risks writing off the 18-29 age group with the choice of a candidate they will view as a relic of the past. Not even Sanders could get them out to vote – perhaps because they know the party would never allow a candidate perceived as so far-left. It is possible many of these voters will sit out an election between two septuagenarians.

Democrats are nonetheless confident that visceral dislike of Trump will mobilise support for any mainstream nominee. An astute choice of running mate could help cement the deal and allay worries about Biden’s age. The economic impact of the coronavirus outbreak is undermining Trump’s most compelling argument for re-election.

Biden’s surge in the primaries has shown how powerful fear and hatred can be in motivating voters.

He could still implode (again) in some alarming display of incompetence, but barring a meltdown, he cannot be written off as the winner of the Democratic nomination and a contender in the November election.