Shelton far outside the mainstream 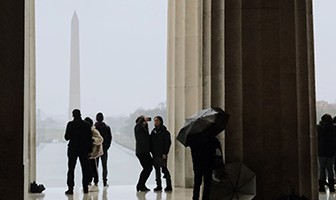 This article was originally published on 23 July 2019. On 16 January 2020, US President Donald Trump formally announced Judy Shelton and Christopher Waller as nominees to the Federal Reserve board of governors.

Christopher Waller, research director at the St. Louis Fed, has experience, the requisite qualifications, and a strong resumé for the job.

The other candidate, Judy Shelton – US executive director for the European Bank for Reconstruction and Development – is decidedly out of the mainstream, particularly in her longstanding affinity for the gold standard and recent calls to abandon floating rates through a Mar-a-Lago conference to reset the international monetary system.

In a recent Washington Post article, Shelton doubled down on her currency views, calling for an internationally ‘level monetary playing field’ and a ‘dependable dollar’.

The terms go undefined. But the thrust of the article seems to suggest that the monetary policies of key countries should be targeted towards promoting currency stability. Or, as David Wessel of the Brookings Institute put it, she seemingly ‘pines’ for a return to fixed exchange rates. Shelton’s views are far outside the mainstream. Desmond Lachman of the American Enterprise Institute, and a member of the OMFIF advisers network, calls her selection a bizarre choice.

Shelton is right that currency ‘manipulation’ and harmful currency practices should not be countenanced. But no proof is offered that ‘manipulation’ or ‘cheating’ is present, let alone by whom.

Currency stability is indeed desirable. But the predicate for such stability should be sound economic fundamentals in the key countries. The article, however, is fundamentally misguided in suggesting that the Fed should raise or lower interest rates to achieve currency stability.

First, the Fed’s conduct of monetary policy is guided by its dual mandate of price stability and maximum employment. That mandate has served the US well, and the Fed – a strong and invaluable institution whose independence should be cherished – has lately on the whole performed well in delivering on it amid challenging and changing domestic economic conditions.

Second, the proposal would mean the US – a relatively closed economy – would subordinate domestic economic objectives towards an external discipline.

Let’s spell that out more concretely. Perhaps given the dollar’s current firmness, a ‘level monetary playing field’ would suggest the Fed should now cut rates, as the president often and wishfully tweets.

But during the 2008 financial crisis, the Fed cut interest rates vigorously towards zero and undertook quantitative easing to support the US economic and financial system. It did so faster than many other nations. The dollar fell sharply.

However, if the objective of monetary policy were to promote a ‘dependable dollar’, the Fed would have had to abandon the degree of monetary policy accommodation it pursued. This probably would have deepened an already severe recession and sent a high and worsening unemployment rate soaring even higher. That was hardly in the nation’s interest. It would have been akin to the Fed abandoning its dual mandate and instead shooting the US in the foot, if not other parts of the anatomy.

Similarly, it would be foolish for European Central Bank President Mario Draghi to abandon efforts to promote accommodative ECB monetary policies, given the anaemic euro area economy and persistent undershooting of inflation, even if this weakens the euro. The same is true for Japan.

That is hardly ‘manipulation’ or ‘competitive depreciation’. Rather, it’s the way monetary policy transmission works.

Such behaviour is fully consistent with central bank pursuit of their mandates. It is also consistent with G20 language, agreed by the Trump administration, which touts the role of flexible exchange rates as a shock absorber, as well as past G7 language stating that fiscal and monetary policies should remain orientated towards meeting domestic objectives with domestic instruments. Similarly, it would be hard to blame China for the renminbi depreciating every time the president threatens trade tariffs and retaliation.

The Post article is also misguided in its heavy focus on trade accounts. The flows going through exchange markets finance not just global trade, but also global capital flows. Capital flows can swamp trade flows on currency markets. Put differently, market-determined exchange rates respond to fiscal, monetary and other economic policies as well as political considerations, and hence are impacted by far more than just the trade accounts. It would be folly to suppress these forces. Further, it would come as a humongous surprise to almost all international economists and currency analysts to learn – as Shelton avers – that the impact of interest differentials on the dollar does not receive much attention.

The dollar’s current firmness reflects the relative health of the US economy via-a-vis others. To be sure, the US faces its own deep-seated problems. But others face even greater challenges. If policy-makers truly want greater currency stability, the major economies should rededicate their efforts to achieve strong, sustainable and balanced growth.

The US should encourage other countries through engagement in international forums to address their fiscal, structural and financial sector problems. At home, we Americans should tackle our challenges and build up our nation’s economic strength and resilience. Having monetary policy target exchange rates is not the way forward.

Covid-19: From recession to recovery