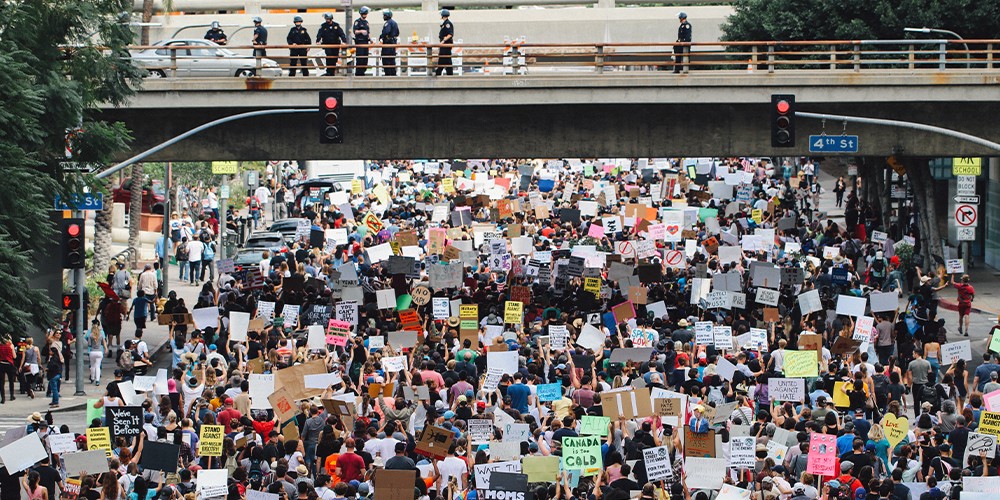 The first instalment in this two-part series examined the global economy of the 2020s, painting a baseline picture of stagnant, if not worrisome and declining, global growth.

If recent past is prologue, it is questionable whether world leaders can find the vision and will to tackle key global challenges.

The US policy course in the 2020s will hinge in part on forthcoming presidential elections, in which a few thousand votes in Wisconsin, Michigan and Pennsylvania could be more decisive than millions across the country. There is little hope that common ground will be found.

The US’s enormous challenges – fiscal sustainability, entitlements, stagnant real incomes, climate change, infrastructure demand – must be addressed amid a path of slow, gradual consolidation. But tackling longer-term challenges does not seem probable, despite the burdens being placed upon future generations.

Fiscal policy may become broadly neutral or mildly expansionary. Many Republicans are tiring of their party’s recent profligacy. Democrats have their priorities, and meeting those is incompatible with gradual consolidation. Many believe the US can sustain higher debt loads given lower-for-longer interest rates, despite excessive deficits. Monetary policy may by default need to continue shouldering the burden of stabilisation policy.

The European Central Bank carries an inordinate burden for macroeconomic policy stabilisation. But with nationalism ascendant, it is unlikely to receive much fiscal support from countries where space exists, nor from reforms in over-indebted nations. Structural change proceeds languidly. Hesitant progress will be made in strengthening European institutions given divisive debates about the proper balance between risk sharing and reduction. Italy remains burdened by low growth and high debt and could be one shock away from crisis. On Britain’s exit from the European Union, divorce may prove far easier than settlement. Germany’s reliance on manufacturing may face overhaul, especially the automotive industry. France faces perpetual struggle in reforming the state’s heavy presence.

Reform may be hampered in China, despite its greater capacity to institute change. Macroeconomic space is viewed as constrained. Fiscal authorities worry about large off-budget contingent risks. Monetary authorities seek to avoid excess leverage and stay clear of the zero lower bound. They do not see monetary policy as the answer to China’s structural woes.

China’s leadership well comprehends the country’s demographic challenges and need to shift to consumption and services. But to sustain growth in the face of slowdown, China relies on financial repression and pumping credit from state-owned commercial banks to state owned-enterprises, often to the detriment of a burgeoning private sector. When authorities’ efforts to curb excess leverage hurt growth, they renew credit growth and local government financing – though more judiciously than in the past.

In Tokyo, one senses Japan’s citizens are seemingly content with lowflation and slightly rising real per capita incomes. Perhaps that is a vision for satisfaction in advanced economies. But it rests on a baseline scenario. Shocks inevitably occur.

Perhaps with fiscal space viewed as limited and monetary policy’s impact diminished around the lower bound, authorities will turn to implicit fiscal/monetary policy coordination. That may intensify assaults on central bank independence.

Nor will the cause of multilateralism and globalisation offer much comfort. It is not just President Donald Trump’s trade wars and their disruptive impact on global manufacturing, investment and confidence. Populism and unilateralism seemingly have strong global roots. The US is engaged in a longer-term process of reducing its global footprint. Even if Washington finds a wiser way to deal with Beijing, stepped up US/China global competition is here to stay.

Are there silver linings among this overcast worldview? Much is made of artificial intelligence boosting productivity. Perhaps it will play some role, but the process of technological diffusion into daily life takes a long time. Pressing infrastructure needs offer sound returns. But can politicians agree on what these needs are and how to finance them? Climate change looms as the greatest challenge facing mankind. Massive investments could prove a boon to global activity.

Hope springs eternal, but will it be enough to compel world leaders to affect meaningful change? That will be the defining question for the 2020s.