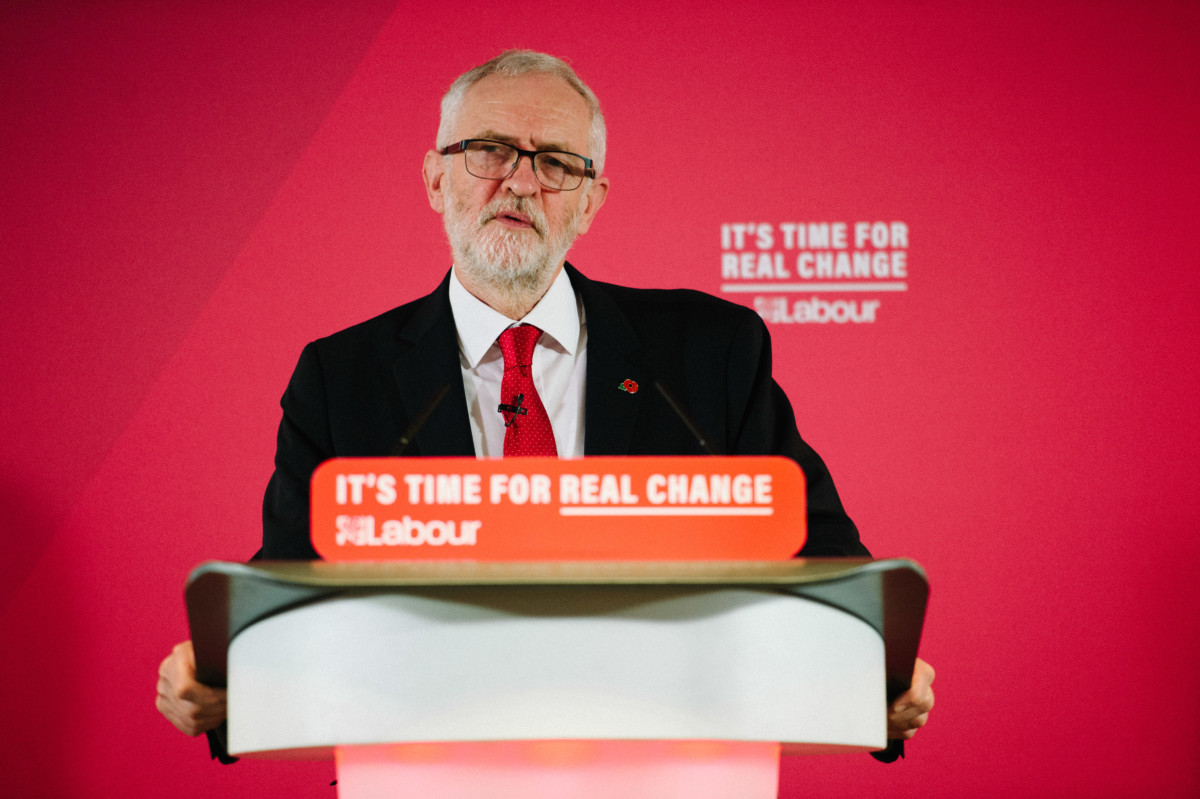 Labour party pledges are Europe’s most radical in decades

Alea iacta est – The die is cast. These words, uttered by Julius Caesar as he crossed the Rubicon to launch his attack to put Rome under his control, well describe the UK Labour party’s audacious manifesto. They do not apply to the ‘safety first’ manifesto presented this past weekend by the ruling Conservative party.

The policies submitted by Labour leader Jeremy Corbyn in the run up to the 12 December general election are the most left-wing proposals from a major party seen in a western democracy since the ‘common programme’ of 1970s France. That initiative, devised in 1972 by the Radical Movement of the Left and the Socialist and French Communist parties, presaged the election in 1981 of Socialist President François Mitterrand.

Corbyn wants to put back under state control railways, water, energy utilities, postal services and broadband infrastructure. A Labour government would nationalise most healthcare provision presently provided by private firms on contract to the National Health Service. Prisons would no longer be run by private firms. If voted for and enacted, such measures would mark the total reversal of the liberalisation of the British economy and wide-ranging privatisation programme conducted by Conservative Prime Minister Margaret Thatcher in the 1980s.

Tony Blair’s New Labour government, which came to power in 1997, increased social investment for poorer, vulnerable citizens and quietly poured money into hospitals, schools and infant care provision. It put thousands of uniformed police officers on the street. It never interfered with the capitalist, profit-driven private sector. Corbyn is proclaiming the funeral of the Blair political model, and declared that the Thatcher era is irrelevant to his idea of Britain.

The left’s wish list goes on. Small independent or free schools would be municipalised. Private schools would be examined with the intention of making them state schools, free for local students to enter. Paid paternity leave would increase to 12 months. One million new social public sector homes would be built. There would be a £250bn ‘Green Transformation Fund’ so the UK has a net zero carbon energy system within the 2030s. The minimum wage would go up to £10 per hour and all public service workers would receive an immediate 5% pay rise.

All this, and more, will be funded by increasing taxes on businesses and individuals earning more than £80,000 per year, a windfall tax on gas and oil firms, and a ‘milkshake tax’ on high-sugar drinks.

The nationalisations would be paid for by borrowing via low interest bonds. This tests the strongly held argument from many economists that with low or zero interest rates for borrowing, now is the time for government to borrow massively to rebuild infrastructure and upgrade training and investment in education.

On the UK’s exit from the European Union, Corbyn, if he becomes prime minister, will negotiate a new deal with Brussels that would maintain close ties between the two sides. He would subsequently submit that deal to a two-question referendum with the option to remain in the EU.

The Conservative manifesto, presented by Johnson on Sunday 24 November, has captured considerably less attention than did Labour’s. Johnson’s commitments are much more modest than Corbyn’s, and his primary focus, per the Conservative party slogan, is to ‘Get Brexit Done.’ Some corporate leaders have criticised Johnson for seemingly having relegated business-specific policies.

Hidden on the fifth page of the Conservative manifesto is Johnson’s pledge to negotiate a new trade agreement covering all aspects of Europe-UK economic relations, with the caveat that his government ‘will not extend the implementation period beyond December 2020’. To settle such a comprehensive deal in just 12 months is impossible unless Johnson accepts EU rules, most importantly those concerning the four freedoms of the single market: free movement of goods, capital, services and people. The alternative is a crash-out Brexit which, as journalist Stephen Bush of the New Statesman put it, ‘Will end British manufacturing as we know it.’

Talking to voters in different seats, I get the impression of an irritated, bored electorate fed up with Brexit, with no warmth for Johnson nor Corbyn, nor any other political leaders. They want Brexit to end but without any economic pain. Blair on Monday made a dramatic appeal in favour of tactical voting to deprive either Labour or the Conservatives a majority. He hopes a hung parliament will precipitate a second referendum on EU membership and avoid Corbyn’s hard-left manifesto programme. Labour members of parliament report from their canvassing returns that the Labour vote is solid, especially in London and among minority ethnic voters.

So, the election may not give rise to a majority government, and a second referendum may be the only way to wade out of the Brexit quagmire. Much hinges on the reception of Corbyn’s statist manifesto. Will voters run away from any suggestion of much increased state control over the economy, expanded state borrowing and higher taxes, even if Labour claims that the rich and wealthy corporations will pay the lion’s share?

That will be Johnson’s obvious line of attack. It has worked well for the Conservative right for 40 years. In France after 1981, Mitterrand had to backtrack fast on the last classic 20th century socialist programme of ‘more state and less private enterprise’ based on borrowing and higher taxes.

Things may be different in the modern UK. Perhaps voters are prepared to embrace an era of big government and a much bigger role for the state. Perhaps they want to risk a pretty hard Brexit. Or perhaps, as elsewhere in Europe, they do not trust any one party to have exclusive control of the nation. In two weeks, we shall have an answer.

Denis MacShane is the UK’s former Minister of Europe and member of the OMFIF Advisory Board. His new book, Brexeternity: The Uncertain Fate of Britain, has just been published.