‘No change at IMF under Lagarde’s watch’ 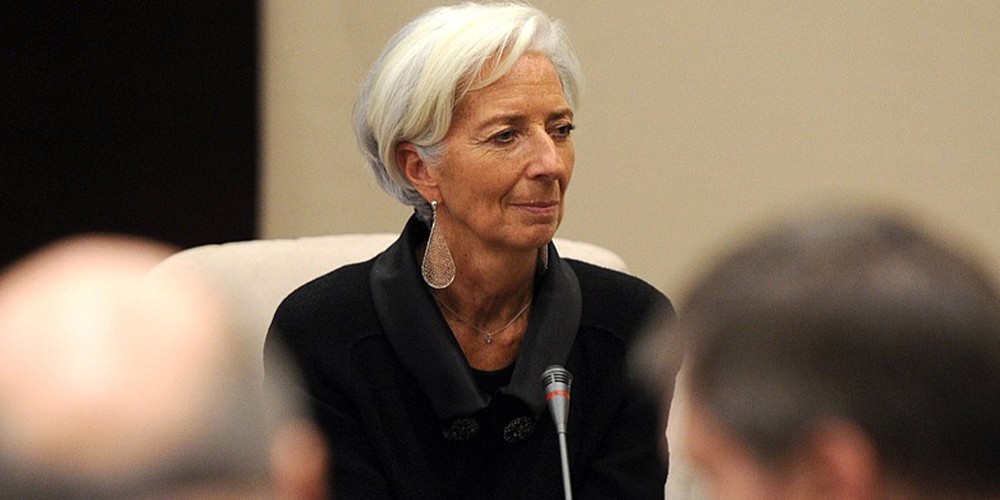 In the Caribbean, punishing Fund targets only worsen countries’ positions

Folk around the world have long dreaded engagements with the International Monetary Fund, with good reason. Not only is the IMF the last resort of governments whose economic policies have failed; all too often, Fund assistance has come with conditions that worsen matters. Under Managing Director Christine Lagarde’s watch, nothing has changed.

Albeit that countries only end up at the Fund’s doorstep through the fault of their own policies (except in the case of exogenous shocks, such as natural disasters or global recessions), in the Caribbean, Africa and Latin America, the IMF board has approved adjustment programmes that involve punishing targets for fiscal adjustment, in pursuit of unrealistic targets for debt reduction. All that has changed is the public relations; in Fund staff reports published on its website, and in op-eds by finance ministers of affected countries, the weaknesses of programmes are papered over, and failing programmes are commended.

The international policy community accepts that the preferred path out of economic crisis is to restore growth, along with whatever measures are necessary to stabilise prices and the balance of payments. The problem is that recent programmes agreed with the IMF lack convincing growth-enhancing policies, so the full burden of adjustment falls on fiscal contraction. That, more often than not, causes the failure of the programme or a domestic recession.

IMF financial assistance programmes would not be the economic equivalent of cupping and bleeding if the Fund’s staff worked with a realistic model of modern open economies. In a world of global communications and finance, it is no longer possible for countries to isolate local credit markets through interest or exchange rate intervention. The supply and demand for local and intentional currencies is determined exclusively on financial markets, and they respond to confidence factors and expectations, rather than to trade and payments flows. In today’s world there is no place for independent central banks targeting domestic money in hopes of low and stable rates of inflation.

The one thing on which everyone agrees in periods of economic difficulty is the need to kickstart growth. The most comprehensive guide to the factors that attract investment and stimulate growth in countries worldwide is the World Economic Forum’s annual ‘Global Competitiveness Report’. It can be used to give guidance on official economic policy, because so many of the factors that go into the competitiveness index have to do with infrastructure and the delivery of public services. In my view, the careful design of fiscal policy is at the heart of strategies for economic adjustment and growth.

The essential elements of the required fiscal policy include the building of a modern infrastructure for transport, communications and the efficient delivery of public services; providing incentives and the regulatory framework for social protection, equity, efficient markets and innovation; and financing in local and foreign currency exclusively through marketable securities and official and international agencies and governments.

Appropriate fiscal policy secures and maintains the country’s international competitiveness, and maintains price and balance of payments stability. Failure to address any element will be problematic.

In contrast, the Fund’s standard recipe of monetary independence, flexible exchange rates, economic diversification and ‘sustainable debt’ is an incoherent suite of policies. It does not address the competitiveness that propels growth or the fiscal discipline that settles financial markets. Because Lagarde is obliged to depend on her staff’s expertise, she has championed IMF financing for adjustment programmes, based on these policies, that have little hope of success.

The extended fund facility for Barbados, signed a year ago, is a case in point. The facility, which was rushed through the IMF board approval process, supports a programme of punishing fiscal austerity and aggressive debt restructuring. The latter has wiped out the Barbados dollar bond market, with no credible measures to address public sector inefficiencies that hurt the country’s competitiveness, and impede investment and growth.

The root of the IMF’s problem is the continued capture of the Bretton Woods institutions by the US and western Europe, reflected in the governance of the Fund and World Bank. It has left what should be the world’s premier financial institutions out of sync with a changing world. Lagarde’s appointment as IMF managing director was only the most recent example of the politically motived selection of a European in preference to other, more suitably qualified and experienced candidates. With her departure to become president of the European Central Bank, the stage is set for a continuation of that status quo.

DeLisle Worrell is a Member of the Bretton Woods Committee and of the Financial Policy Council of the Monetary Authority of Bermuda. He is former Governor of the Central Bank of Barbados.