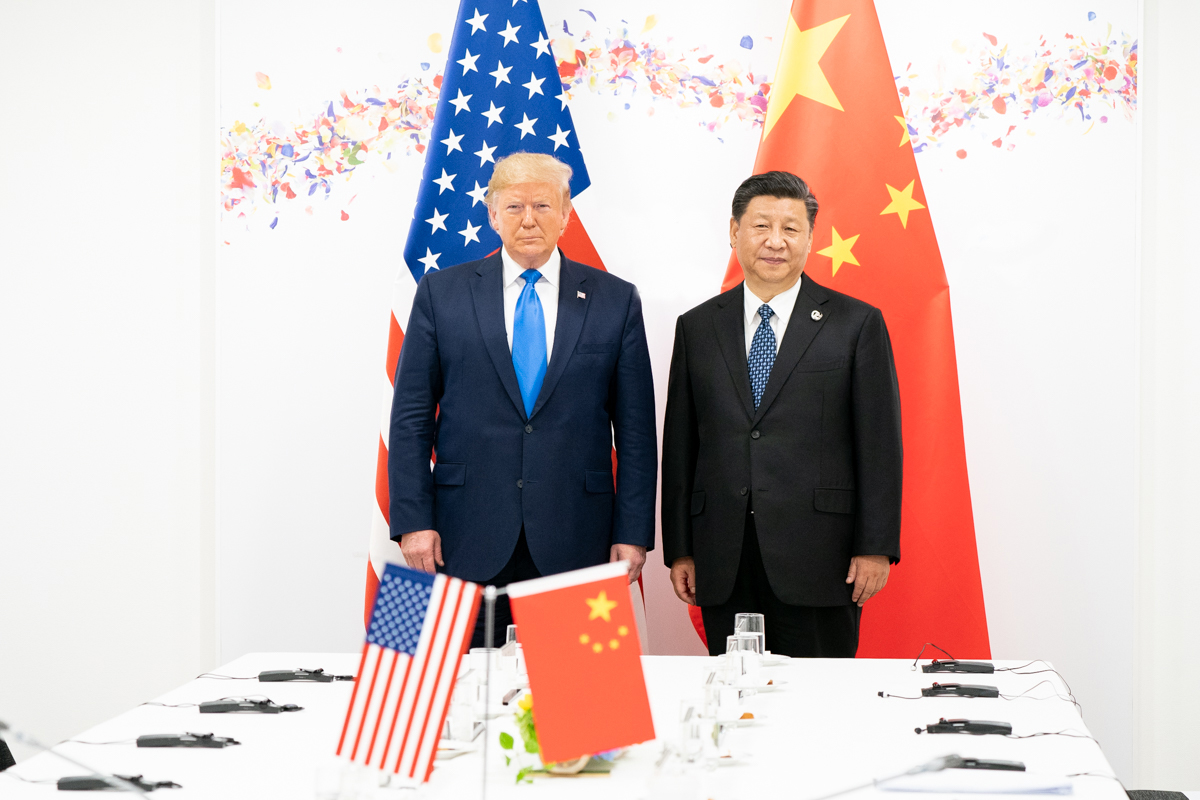 President Donald Trump thrives on crises allowing him to set the political agenda. He turns them on and off, and time after time his political opponents have been caught wrong footed. But now he must prepare for the 2020 battle for re-election. The electorate may look for results instead of bravado, especially if a trade war hits their wallets.

Chinese President Xi Jinping hosted earlier this month a summit of the Communist Party of China to map out a course for the nation’s future. Even if there is no evidence of a challenge to his leadership, the likelihood of restlessness may grow with a prolonged trade war deteriorating the already not-so-rosy outlook for the economy.

The US economy has done well since Trump entered the White House. He claims credit, but the forecast is not good. The tax reductions boosting the economy in the first phase of his presidency have petered out. He exercises enormous pressure on the Federal Reserve to bolster the economy by lowering interest rates, saying, ‘Our problem is not China – We are stronger than ever, money is pouring into the US while China is losing companies by the thousands to other countries, and their currency is under siege. Our problem is a Federal Reserve that is too proud to admit their mistake of acting too fast and tightening too much.’

At a critical juncture neither fiscal nor monetary policy stimulate the economy. If the game of tariffs on imports from China continues, many Americans will feel the pain as these measures lead to higher consumer prices. Select sectors will suffer as China retaliates. This is already the case for soyabean farmers, who happen to be among Trump’s core supporters – a factor that did not escape Chinese policy-makers.

At the start of August, the yield of short-term US Treasuries traded higher than for 10-year Treasuries. Such an inverted yield curve has preceded every recession for more than 50 years.

China’s growth rate has declined steadily over recent years. Trend growth of a little more than 6% is markedly lower than was the case some years ago. The sizeable current account surplus has disappeared. It is now broadly speaking in balance, leaving China without a savings surplus to invest abroad.

The declining labour force has led to rising wages gradually pricing China out of low-cost and labour-intensive manufacturing. This has compelled the country to focus on technology as a competitive parameter. In so doing, China has placed itself on a collision course with the US, which is disinclined to lose its role as technological world leader.

China has relied on fiscal and monetary tools to engineer growth and control inflation. One wonders whether there is much room left for manoeuvre. Reports of rising domestic debts are coming in, though experts abroad disagree over the severity of this issue.

The US and China both face falling growth, which warrants economic stimulus, but their fiscal and monetary policies have run out of steam. A trade war will worsen their predicaments.

Politically, the problem remains that neither Trump nor Xi wants to be ‘the fellow who blinked first’, inciting a cycle of invective initiatives and proportional responses.

At the same time, in his tactic for always having a crisis going, Trump hinted that taxes on car imports from Europe could be next, raising fears of a trade war with the EU if he settles with China.