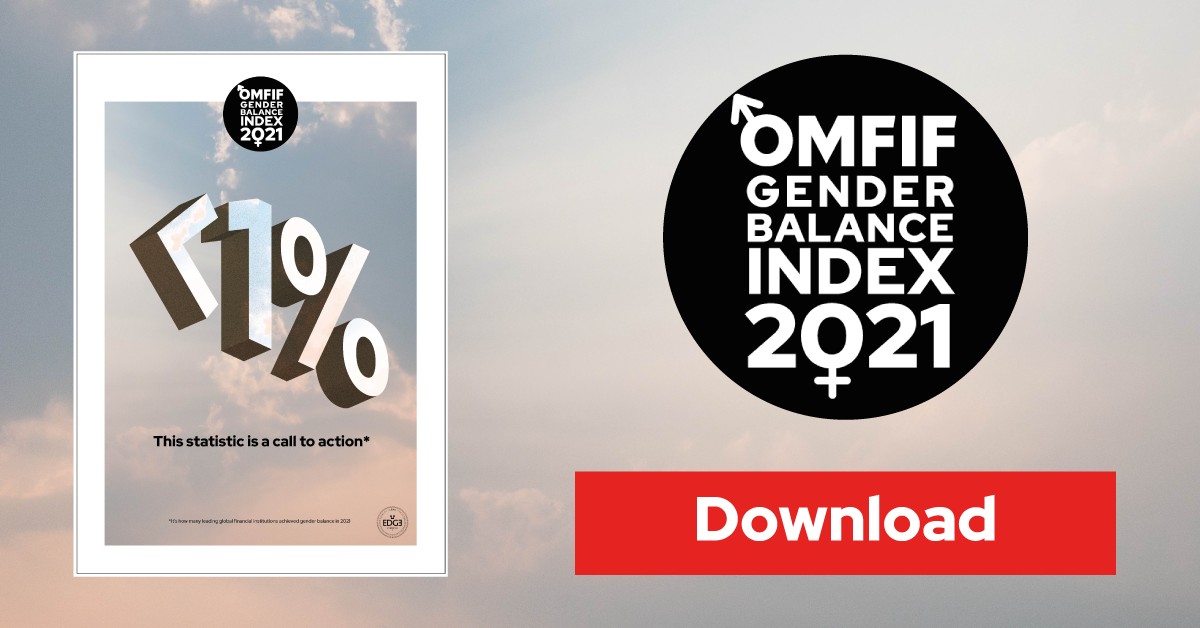 London, 8 March: In the most comprehensive study to date of diversity in the top levels at central banks, sovereign funds, public pension funds and commercial banks, only three out of 540 institutions achieved a perfect GBI score of 100. Just 12 of these – or 2.2% – scored 90 or more, a level that indicates the institution is close to achieving balance. Only 71 are headed by women and 56 have no women at all in their executive teams or on their boards.

‘The OMFIF Gender Balance Index is a call to action,’ said Danae Kyriakopoulou, chief economist and director of research at OMFIF. ‘By confronting people with the numbers, we hope to mobilise decision-makers towards improving results and measuring progress.’

The conclusions are clear: lack of diversity in finance is a structural, persistent problem, whether it is in the public or private sectors. Progressive policies are needed to correct the historic under-representation of women and level the playing field.

The index tracks the presence of men and women in decision-making positions in financial institutions. It is based on a database of almost 9,000 individuals. For the first time this year we are including commercial banks in the analysis to make comparisons between the public and private sector. The 50 commercial banks selected for this report achieved an average score of 29.9, compared to the weighted average score of 27.0 for central banks, 25.4 for pension funds and 18.6 for sovereign funds.

These are some of the key findings of the research.

OMFIF’s research was complemented by an anonymous survey of the diversity and inclusion practices at 50 institutions. The results show that the pandemic has accelerated the adoption of policies considered to contribute to a more supportive work environment for women’s careers: 92% of respondents now have remote working, almost double last year’s 48%; and 98% have some form of flexible working, with about two-thirds saying this was prompted by the pandemic.

Aniela Unguresan, co-founder of EDGE Certified Foundation, emphasised that, ‘Organisations need to show sustained commitment and action on gender parity, especially in deeply disruptive times such as these. It can be done. It needs to be done.’

The results of the GBI are published in an 80-page report which includes contributions from 27 senior women and men at global financial institutions, including 11 central bank governors and deputy governors and a foreword from the Executive Chairman of Santander, Ana Botín.

The GBI is part of OMFIF’s Sustainable Policy Institute, a high-level community designed to meet the policy, regulatory and investment challenges posed by environmental, social and governance factors.