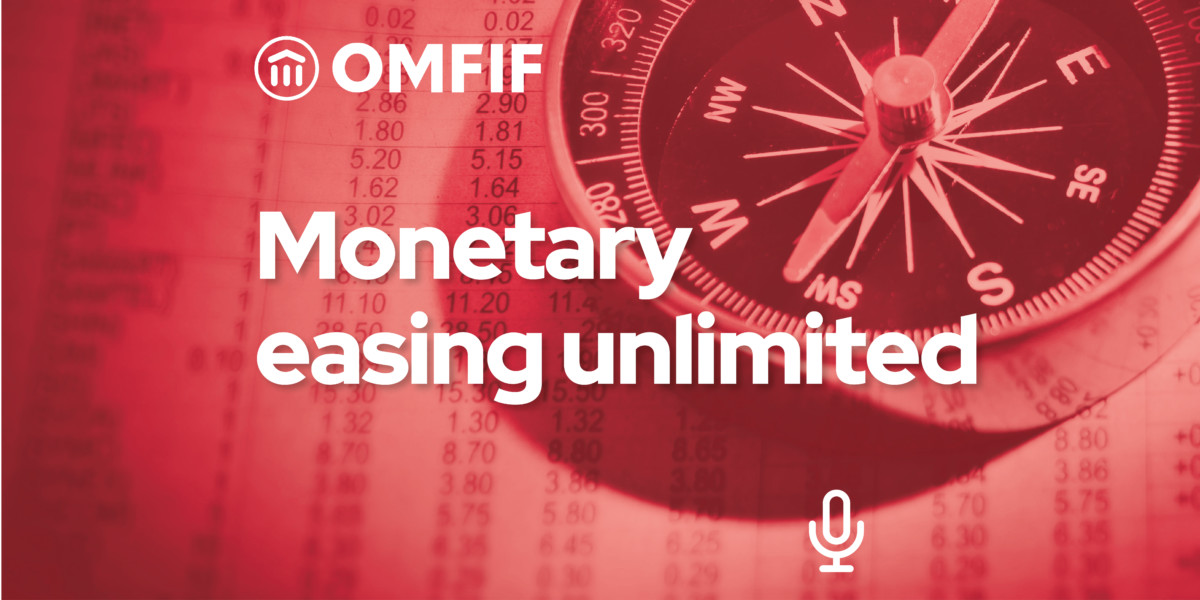 The Bank of Japan’s 16 March emergency monetary easing was designed to boost equity market confidence by highlighting that it could if necessary expand its government bond and equity purchases. Although Governor Haruhiko Kuroda on Monday refrained from bringing BoJ policy rates deeper into negative territory, further interest rate cuts remain possible. These were the views of Professor Sayuri Shirai, former policy board member at the BoJ, and Frederic Neumann of HSBC Asian Economic Research, in an OMFIF podcast on 17 March.

The BoJ stood ready to expand its purchase of ETFs to Y12tn. However, Professor Shirai also stressed the nuance of the BoJ’s message to financial markets. ‘Actually, what the BoJ did is not really doubling. They maintain basic annual ETF purchases at Y6tn. They said the maximum can be up to Y12tn’. For Neumann,  with this easing message the BoJ intended to signal to the public the range of policy tools at the cental bank’s disposal and the  wide range of possible options.

Despite the reassuring intent of the BoJ’s message, Prof.  Shirai  highlighted constraints on the BoJ’s expanded asset purchase programme. For one, she noted the potential destablising impact of the Bank of Japan’s role as major asset holder. ‘What would happen if the Bank of Japan starts to sell their stocks? The impact on the Japanese stock market would be tremendous.’

For Shirai, possible further lowering of  interest rates brings a thorny dilemma. She elaborated ‘depending on market conditions, the BoJ tries to emphasise one of these two issues: stopping exchange rate appreciation and achieving financial stability’. Yet the only case in which Prof.  Shirai foresaw further interest rate cuts was if the yen would appreciate to around Y100 ‘and stays there persistently’.

While Neumann pointed out that the Japanese yen has behaved in line with traditional expectations of the currency as a ‘safe haven’, Shirai pointed out that countervailing forces. ‘I feel that the yen against the dollar is quite resilient these days. Japan is no longer a trade surplus country. We run a deficit and that really doesn’t lead to the yen’s appreciation. Another point is that because Japanese yield is so low… So now there is a very strong move from Japanese institutional investors to invest abroad. So that really has helped the yen to depreciate’.

Shirai and Neumann emphasised the limitations on the Bank of Japan’s capacity to mitigate any effects of yen appreciation.

Asked about the possibility for interest rates to go further negative,  Prof. Shirai stressed the BoJ’s predicament. ‘On the one hand, the Japanese government and the Bank of Japan really think maintaining the Japanese yen against the dollar around Y108 or above is good for the manufacturing sector.’ On the other hand, if they lower the rate further, they exacerbate banks’ problems. However she did not rule out that given the virus and its impact on the global economy, the Bank of Japan may be left with no other option.

Neumann underlined the limits of monetary policy at times of dislocation in the global economy and suggested next steps could be more explicit fiscal- monetary coordination. Despite the low cost of funding, the Japanese government remains reluctant to implement another big economic stimulus by issuing debt. Given current government debt of 250% of GDP,  Shirai called for more understanding of Japan’s debt to GDP ratio and the acceptability of a further increase.

Fill out the form below to regularly receive a digest of the week’s podcasts by email. You can unsubscribe at any time.