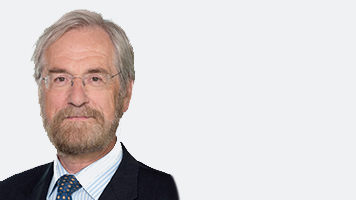 There was universal agreement that the European outlook was not particularly positive – while the baseline was tolerable according to some, nobody questioned that Europe with one further shock could face deep problems. Brexit was viewed as further hampering the outlook. There was agreement that fiscal policy – especially German fiscal policy – needs to step up and support activity. Against this background, one speaker felt the debate wasn’t so much about the overall situation, rather about whether monetary policy instruments at the ECB’s disposal could be effective given the nature of the shock.

The discussion produced very contrasting views on a range of important topics.

First, is monetary policy near exhaustion? Some said yes, while others noted that far more aggressive forward guidance could be deployed, and stepped up quantitative easing could alter the capital key or expand into riskier assets.

Second, and related, debate ensued about whether the ECB, in the way it takes decisions, undermines its very actions by not showing full confidence in its measures. It was also observed that heads of national central banks criticising the packages doesn’t help either.

Third, there was discussion about whether even if monetary policy were stretched and fiscal support wouldn’t come on stream, what’s a central bank to do? Try and keep fulfilling its mandate? Those who felt the ECB had a good bit of space to operate argued it was the ECB’s job to try much harder to fulfil its mandate. Those with less conviction weren’t so sure.

Fourth, what was the nature of the shock confronting Europe? Was it a US-China trade shock and a demand shock, or was it a more permanent supply shock with the properties of deglobalisation, in which case macro tools might not be as effective. It was probably a bit of both, but there was disagreement on disentangling or weighting those forces. This debate was intertwined with a discussion of what is going on with the German automobile industry.

Finally, on fiscal policy itself, some were hopeful that Germany might pursue a bit of stealth stimulus (they might, for instance, call it ‘climate relief’). Some noted that Finance Minister Olaf Scholz had said he wanted any increase in fiscal spending financed by higher revenues. One speaker noted that even if Germany and the Netherlands moved, the need for consolidation elsewhere might mean the overall European fiscal impulse was neutral, which that person viewed as less than ideal.

In summary, the conversation was characterised by considerable concern should Europe face another shock and enormous debate about what policy tools might be effectively used by European policy-makers in such circumstances.