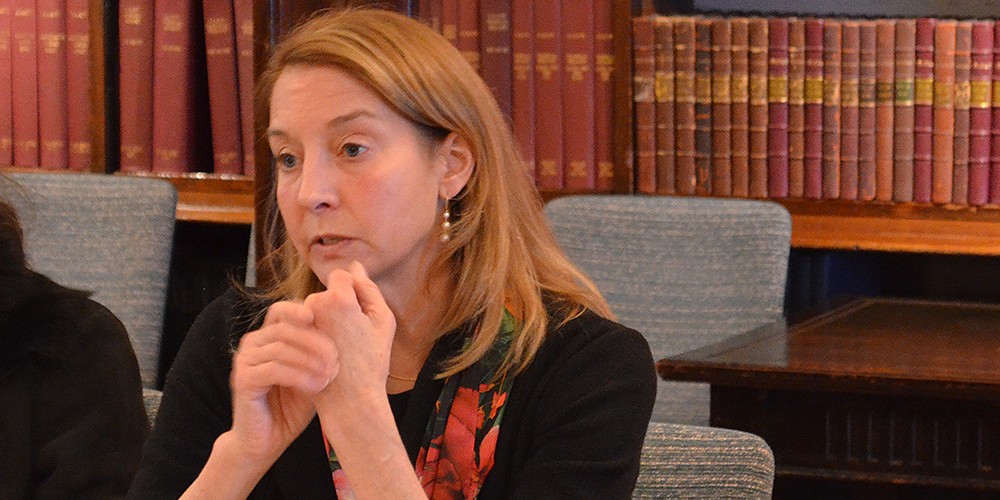 Tara Rice of the Bank for International Settlements joined OMFIF for a seminar in London in which she presented some of the key findings from her most recent research into how technological advances are disrupting the traditional financial sector, or what some more inflammatory commentators might deem ‘the death of banking as we know it’.

To those doomsdayers, Rice and her co-authors say, ‘The threat of banks’ extinction is not new; it has been heralded many times in the past.’ In spite of all the ups and downs, big banks hold fast, and to date they seem prepared to withstand the rapid rise of disruptive financial technology companies.

Taking deposits and making loans remains central to banks’ business, accounting for 80% of their revenue. Payments services – the area on which fintech companies are focusing – contributes around 15% of bank revenue. It is also the business segment that will be most affected by technological developments in the near term, according to 26% of respondents to a survey of financial institutions conducted by Rice and her colleagues. Only 10% said retail lending would be the business segment to be most affected by technological disruption.

Large financial institutions still enjoy several competitive advantages over rising fintech companies and established big technology firms. Their greatest asset is trust, reflecting (even in the light of the 2008 financial crisis) the sense of stability and longevity that household-name banks still engender in consumers. The size and scale of those large banks means their cost of funding is lower compared to bigtech and fintech firms, which also do not possess banks’ well-honed and political or lobby power. On that front, banks remain confident of their ability to communicate effectively with regulators and policy-makers, and have for the most part learned to live with the higher expenses brought on by post-crisis regulation. Nonetheless, banks could stand to improve their performance in those few areas in which bigtech and fintech firms have an advantage. Enhancing the ‘customer experience’ would be especially valuable.

In many respects, banks appear markedly well placed to endure whatever technological disruption might arise in the coming years. This does not mean, however, that traditional banks and regulators are taking no heed of those challenges posed to incumbent systems. In particular, Facebook’s proposed digital currency, Libra, was a ‘salutary wake-up call’. As Benoît Cœuré of European Central Bank’s executive board put it earlier this year, ‘Until recently, we’ve taken a sandbox approach to fintech regulation under which we could afford to give projects a chance and see how risks materialise. But now we have an elephant in the sandbox, so that approach doesn’t work anymore.’

In the question and answer session following Rice’s presentation, attendees to the meeting asked whether regulators are already too far behind the technological curve. There is a possibility that systemic risk could build up rapidly in the financial system, to say nothing of the potential growth of a new venue for shadow banking policy-makers are unable to keep up with development in bigtech and fintech.

To date, regulators have been stringent with fintech firms, as was best exemplified by their strict response to the Libra announcement. While policy-makers have no wish to curb innovation that could benefit consumers, their first instinct is to guard against major threats and to curtail the risk of regulatory arbitrage. Border-hopping technologies demand a global approach to avoid jurisdiction shopping. To fulfil their mandates to the best of their ability, regulators and policy-makers will first need better sources of data before they can determine the regulatory perimeter, particularly in respect of stablecoins and related digital currency developments.