Impact investing: Scaling the market and promoting a universal framework 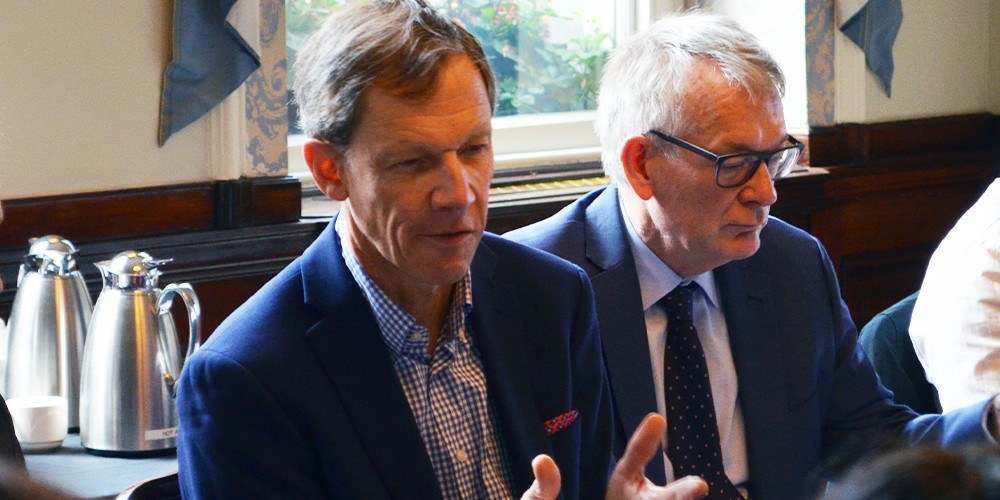 At an OMFIF roundtable in London led by Neil Gregory, the International Finance Corporation’s chief thought leadership officer, representatives of a wide range of public and private institutions from the US, Europe and Asia discussed the development of the nascent ‘impact investing’ market.

To distinguish itself from its financial cousins – including responsible, SDG and ESG investing, among a slew of other relations – impact investments can be defined as those ‘made into companies or organisations with the intent to contribute to measurable positive social or environmental impact, alongside a financial return.’

Exact numbers for the current size of the impact investing market remain elusive, though widely cited figures range from between around $230bn to as much as $1.3tn. According to IFC estimates, investor appetite could be as high as $26tn.

Several private sector financial institutions have already shown themselves to be pro-impact and are busy developing suitable avenues for investment. But no matter how impact-minded potential investors might be, for this market to expand meaningfully, impact investments must offer market returns to achieve scale in assets under management. But there are several bottlenecks to growth.

Transparency, credibility and discipline are critical to expanding the impact investing market. Regrettably, instances of ‘impact washing’ and ‘greenwashing’ – when organisations make unsubstantiated or misleading claims about the social or environmental benefits of a product or service – make it difficult to compile exact data, and risk discrediting legitimate efforts at developing the market.

Regulatory barriers and the debate around ‘fiduciary duty’ could handicap global public investors from lending their considerable financial support to this market. The charters of most large funds include provisions preventing them from considering non-traditional factors, such as ESG or impact metrics. In any case, maximising financial returns remains these investors’ primary objective, and the market is yet to demonstrate authoritatively that its products can deliver commercial returns.

Related to these issues is the lack of clarity about how ‘impact’ is measured and the absence of a unified taxonomy to which interested parties can refer. The IFC hopes the Operating Principles for Impact Management, which it launched earlier this year in partnership with more than 60 financial institutions, will help investors overcome this hurdle. The ninth and final principle is perhaps the most important, as it requires signatories to publicly disclose their alignment to these shared tenets and to provide ‘regular independent verification’ of said alignment. Audits of this sort should dissuade organisations from ‘impact washing’ and support the growth of a respected body of impact investment data.

The principles are gaining traction among sovereign funds and governments globally, and the IFC is witnessing something of a convergence on scoring methodologies as signatories convene in workshops and other meetings. That being said, attendees at this roundtable continued to raise the issue of labelling, taxonomy and the overlapping of metrics proffered by major organisations. The proliferation of confounding acronyms and jargon hardly clarifies proceedings.

Commercial banks are seemingly still far off from jumping into this discussion. However well intentioned some may be, how to apply impact principles to the buildings of banks’ loan books is an as-yet-unresolved quandary. Central banks, for their part, can reassure the companies they regulate that financial institutions can still fulfil their fiduciary duty while pursuing impact investments.