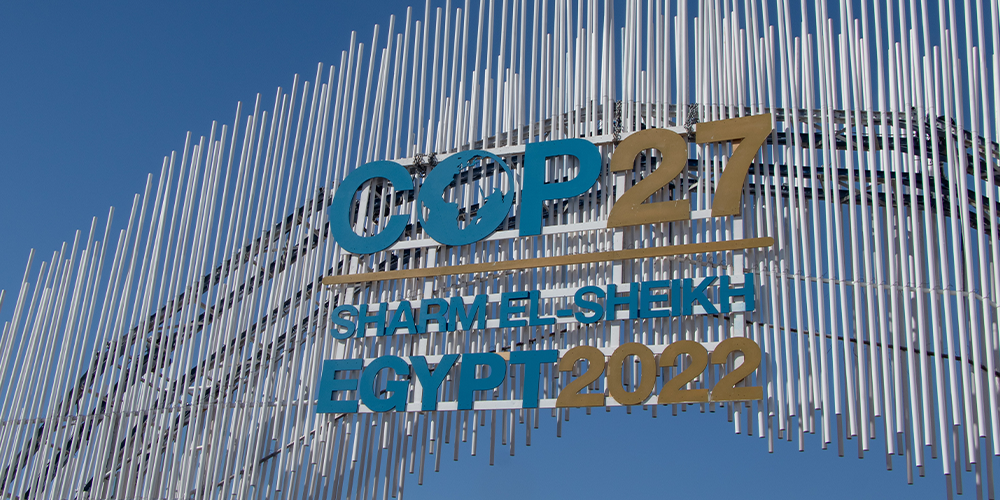 COP27, riddled with frustrated negotiations and running 40 hours over schedule, has come to an end. Set against complex geopolitics and an energy crisis permeating Europe and other jurisdictions, little progress has been made on commitments to energy decarbonisation past pledges made at COP26 to phase out coal and subsidisation of fossil fuels.

Uncertainty lingers around the issue of carbon pricing. Negotiations on article 6 of the rules governing carbon markets, set to define voluntary carbon market mechanisms, continue to stagnate. As many critics are warning, the world remains on the edge of catastrophe, and the conference in Sharm el-Sheikh did not address the crucial point of emissions reduction.

Nevertheless, in what has been called a ‘breakthrough agreement’, a loss and damage fund for vulnerable countries tackling climate disasters has been established. This is a huge win for developing nations tackling rising sea levels, droughts and food shortages resulting from rising temperatures. Tied into this is a ‘transitional committee’ to put into operation both the new funding arrangements and the fund at COP28 next year. Additionally, new pledges of more $230m were made to the Adaptation Fund (established in 2001) to build resilience in vulnerable communities through various programmes and projects.

The importance of financial markets in driving climate mitigation and adaptation, and in supporting vulnerable states in managing potential catastrophes, is clear. Although critics argue Saudi Arabia has been preventing real advancement on the clean energy transition, the Saudi Central Bank has joined the Network for Greening the Financial System alongside authorities from Liechtenstein, Montenegro, Rwanda and Uzbekistan. Its new membership overlaps with the Saudi Public Investment Fund’s announcement that it has issued its inaugural green bond, raising $3bn and becoming the first sovereign fund to do so.

Other jurisdictions are planning their own debuts in this field. The Indian government published its sovereign green bond framework ahead of its plans for an inaugural listing. Issuances amounting to INR160bn ($2bn) are expected by the end of the fiscal year in March. In the meantime, the Mexican government has expanded its foreign currency, sustainable development goals-linked bond issuance, now totalling $4.75bn following inaugural yen- and dollar-denominated listings in August. The European Union also continued to build its reputation as a sovereign issuer – having now issued more than €35bn in green bonds under its Next Generation EU fund – following its latest €6bn listing in November.

Progress has also been made in standardising green products and disclosure requirements. The UK’s Financial Conduct Authority has proposed new rules to tackle greenwashing and mislabelling. Its consultation states that products with a sustainable investment label or that adopt sustainability-related features integral to their investment policy and strategy should be required to make additional detailed, pre-contractual, product-level sustainability disclosures from June 2024.

The US Securities and Exchange Commission has also proposed amendments to the labelling of environmental, social and governance funds. This would require that funds labelled as ESG adhere to the 80% investment policy requirement and would define certain misappropriations of terms as misleading in a bid to prevent greenwashing.

Momentum has been building around the UK and Australian sustainable taxonomies. The UK’s Green Technical Advisory Group issued its first recommendations ahead of the government’s initial consultation on the technical screening criteria for the first two of six environmental objectives of the UK green taxonomy. Key elements of the recommendations include how to integrate with the EU taxonomy and where to diverge from it, ensuring international interoperability with capital markets and setting out clear use cases. Meanwhile, the industry-led Australian Sustainable Finance Initiative will publish its first set of recommendations in December.

Clear advancements are being made both around COP and outside of it, yet it is becoming increasingly clear the 1.5 degrees Celsius target set in 2015 will not be met. Until pledges and agreements reflect the real phase out of fossil fuels and the support needed for scaling renewable energy, emissions will not be reduced to the level required and net-zero ambitions will not be achieved.

The latest update from the Mazars-OMFIF Sustainable Finance Policy Tracker highlights advancements made at COP27 and being made globally in sustainable finance. Covering 23 countries and jurisdictions, the tracker presents information on 14 policy areas, including regulatory and supervisory measures, disclosure requirements, nature-related financial policy and green bond issuance.

Emma McGarthy is Head of the Sustainable Policy Institute and Edward Maling is Research Assistant, OMFIF.