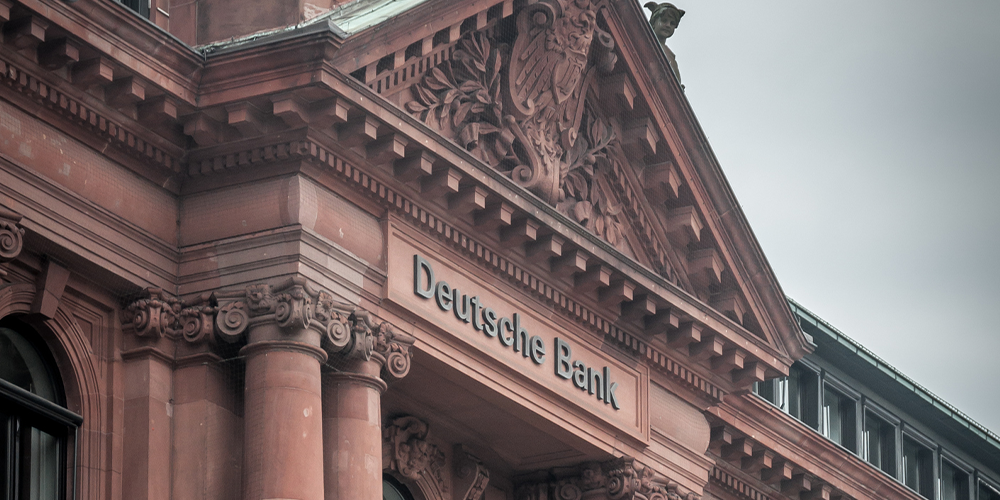 Former Deutsche Bank leader took it to the pinnacle, but also sowed the seeds of its decline

Hilmar Kopper epitomised a bygone era of European banking. The former head of Deutsche Bank, who died last week at the age of 86, was a gentleman banker to his core. He saw his own tenure not as a means of wealth accumulation or self-aggrandisement, but as a temporary stewardship of a firm to which he devoted his entire working life and steadfastly refused to criticise the mistakes of his successors. He ran Deutsche in the 1990s, when it was the bank that all others watched and many feared.

The irony was that, in starting the process that turned Deutsche from a German bank to one that operated on a global scale, he ushered in a new era of bloated balance sheets and risk-taking. This was the prelude to the 2008 financial meltdown, and more than a decade of struggle and even existential crisis at a bank he remained connected to long after his retirement.

When we met Hilmar Kopper in March 2019 for a three-hour interview followed by suitable lunch in a nearby upmarket bistro, Deutsche was at arguably its lowest ebb: talk in Frankfurt was that the German government was about to push through a forced merger with Commerzbank. Kopper was privately scathing about the proposal, partly because of the story it told about the decline of German banking.

But the esteem in which Kopper was held among Germany’s elite was clear. Over lunch a series of leading German industrialists, and even a successor as chief executive officer of Deutsche Bank, came to pay their respects.

We had selected Kopper as the banker who best represented the story of the 1990s in a series of articles to commemorate Euromoney’s 50th anniversary. Kopper was in good company: Siegmund Warburg in the 1960s, Citibank’s John Reed in the 1980s and Jamie Dimon of JPMorgan in the 2010s. He deserved his place in that pantheon.

Kopper was on expansive but reflective and at times regretful form as he looked back on his life and career. He was a child of conflict, whose family had been forced to migrate westward from what is now Poland towards the end of the second world war. He talked with some emotion about having to steal food to put on his mother’s table to feed the family (his father was still fighting on the eastern front). His first trades were in cigarettes – ‘the best currency of all’, he said.

A long career began in 1954 humbly as a branch employee processing cheques. He hated the stuffy, small-minded approach of his colleagues and was driven to do better. The next phases of his career had an international outlook – rare at the time – and shaped his future trajectory.

Kopper talked us through the violent events which had given him a battlefield promotion to CEO (or speaker, as the title was then) three decades before, as if they were yesterday. Alfred Herrhausen, his predecessor, was blown up in his car on 30 November 1989 in a sleepy Taunus street by the left-wing-revolutionary Red Army Faction.  Not to be excessively derailed by terrorists, the bank had Kopper in post that afternoon. Within 10 years, Deutsche Bank had bought a troubled but significant Wall Street name, Bankers Trust.

Herrhausen had already started to push the bank into London, where Kopper completed the acquisition of Morgan Grenfell.  Like Bankers Trust later, it had been regarded as overpriced.  Nevertheless, Deutsche was the name to beat outside the US in corporate and investment banking by the late 1990s.  Then as now, Deutsche had been bedevilled by a poor domestic market.  ‘Why pay for banking when I can get it for free’, was Kopper’s summary of his countrymen’s approach, reflecting a notoriously overbanked market, supplied as it is not only by ‘three pillars’ (state, co-operative and private banks), but backed up in the SME world by state-backed lender, KfW.

Deutsche Bank remains Germany’s only global systemically important bank; France has three. After a very messy period, initially under the leadership of the people who had bet an overleveraged balance sheet on the pre-financial crisis business model, the bank – now headed by Christian Sewing – has finally started to recover from the 2008 upheaval.

Kopper told us that Deutsche had lost its way after the rise to the top of traders rather than bankers and he somewhat blamed himself for putting them there. Nevertheless a little-known facet of the Bankers Trust deal was the creation of Deutsche Bank’s global transaction services business which remains a world-beater, and is a utility service more suited to its domicile.

Kopper attributed his rise through the ranks at Deutsche to a very careful analysis of the technical processes underpinning banking, and then his attempts to make them more efficient. To that end he was a very early proponent of online banking through the launch of the now-forgotten Bank24, not least to obviate an expensive and unionised branch network. A public relations gaffe felled Deutsche Bank’s otherwise sensible foray into this area in the early 2000s.

Kopper’s Deutsche Bank very nearly made it.  He was open and philosophical about the ‘nearly’. And he was right that his country is a hard place to be a bank. Germany’s formidable industrial sector may be testament to an unusual mixed economy, but it continues to stand in the way of a banking union which would deliver Europe the homegrown institutions of scale that it deserves and nearly had. Kopper’s Deutsche was a global player. Very likely, in banking, we will never see another German-domiciled world-beater.