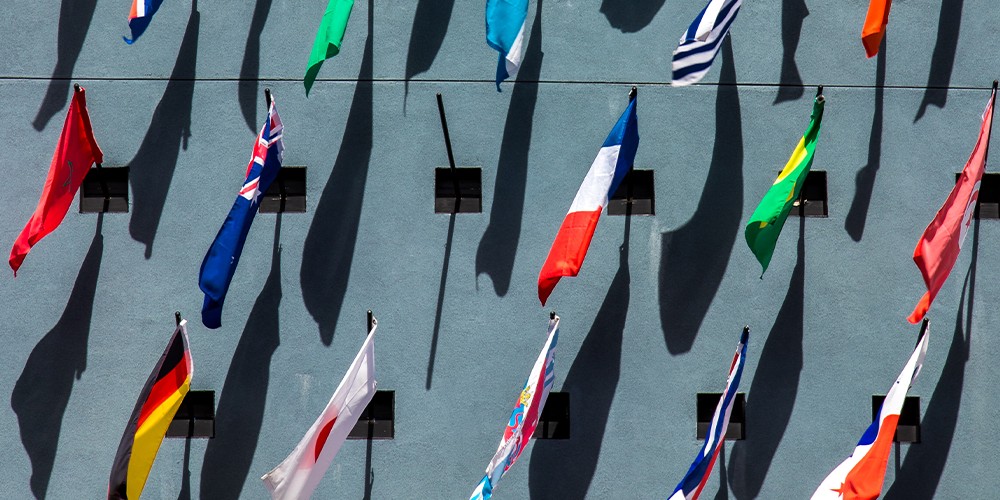 Europe must oppose new US ‘cold war’ against China

Global conditions have changed fundamentally in the past few years, including relations between China and the rest of the world. The upheaval in the political climate under President Donald Trump, tremors caused by the Covid-19 pandemic and the weakening of the West are all affecting the relationship with Beijing.

The new US administration under President Joe Biden sees China as the greatest foreign, economic and security policy challenge of the century. Since President Barack Obama, there has been continuity in US politics. The US is turning its attention away from Europe and towards China. It is trying to contain China’s influence and decouple the country’s economy from the West. The US is asking Europe to join its anti-China campaign. But is that wise? Does it suit Europe’s interests? Are there no alternatives to a new cold war?

Naturally, Europe should have no illusions about Chinese politics. In Hong Kong, Beijing is fighting against a pro-democracy movement. Chinese authorities appear to be oppressing religious and ethnic minorities. There is an unmistakable urge to expand in the South China Sea. Beijing is upgrading its missile and nuclear arsenals.

China’s strategy is dual-track. The country is in demand worldwide as a trade, investment and development partner. But Beijing is also reacting to Washington’s decoupling efforts by striving to become independent of foreign technology. In this core aim, it is likely to succeed in the next two decades, a result of enormous advances in fields such as 5G, artificial intelligence and biotechnology.

Many western observers, including in Germany, have long refused to acknowledge how China has followed a broad-based political, military and economic strategy since the days of Deng Xiaoping, the 1980s leader. By 2049, the 100th anniversary of the People’s Republic, China wants to be the world’s leading industrial nation.

However, the Covid-19 crisis has displayed the Chinese model’s weakness, as well as its strengths. One of China’s structural deficits is the lack of transparency of its administrative apparatus. In much of China, this has a life of its own. It slowed the country’s initial response to the virus, even though it later became clear that the Chinese contained it more successfully and consistently than European countries, with economic recovery taking place earlier than in other parts of the world. China achieved 2% growth last year, when economies elsewhere mainly declined heavily. German companies have been exporting to China to compensate for losses in other markets. German car manufacturers now sell 40% of their production there.

Even if China is a difficult political partner, Europeans should not allow the US to draw them into a cold war over trade. The Biden administration claims that this is a fundamental conflict between ‘democracy and autocracy’. This is a moralising foreign policy that unilaterally places values ​​above interests – and points fundamentally in the wrong direction. Such a stance is ill-qualified to meet global challenges. Climate change, pandemics and migration pressures supersede national boundaries. The only way to overcome these challenges is for the international community to work together.

Take the fight against global warming. China is responsible for around 30% of the world’s carbon dioxide emissions. President Xi Jinping has announced that the country will become carbon-neutral by 2060. This goal is ambitious but could be achieved even sooner with the help of European companies and technology. It would make no sense to boycott China here.

Dialogue and consensus-building, rather than sanctions, unilateral pressure or military action, are the way forward. Dialogue can be exhausting and frustrating. But who can believe that there would be even a single international solution to global problems without the influence of China and Russia, both having nuclear arsenals and veto powers at the United Nations?

For future relations with China, there are several key considerations. First, Beijing must be more closely integrated into international structures, regulatory frameworks and institutions. Europe and the US can be aligned here: both have mutual interest in eliminating unfair market conditions in China. The European Union-China investment agreement shows that the EU has recognised this.

Second, the World Trade Organisation is gaining in importance. It can safeguard the principles of free trade and make trade relations with China fairer. The election of Ngozi Okonjo-Iweala as the WTO’s new director-general offers great opportunities.

Third, we must uphold the much-maligned slogan ‘change through trade’. Economic exchanges can promote social change. A few decades ago, millions of people in China lived in extreme poverty. The process of opening to the West, started by Deng in 1978, has brought the country forward. But China is still far from the standards of western democracies. We can support this process through dialogue, however transformation will take time.

Fourth, in Sino-American relations, Europe should safeguard its own sovereignty. This in no way equates to equidistance. The transatlantic alliance remains a meaningful concept, even though it urgently needs reform. Europe must be an independent actor alongside China and the US. This will succeed only if EU member states give up some of their own claims to national sovereignty by making fundamental reforms towards more European cohesion.

Especially at times of great upheaval and change, we should work on producing stable international relationships that protect our own interests. Concepts based on values are important, but they must not become the sole criterion of foreign and economic policy. We must engage in dialogue and strengthen multilateral structures. This offers the best way to work together – even with difficult partners.

Gerhard Schröder, Chancellor of Germany in 1998-2005, is Chairman of Nord Stream.