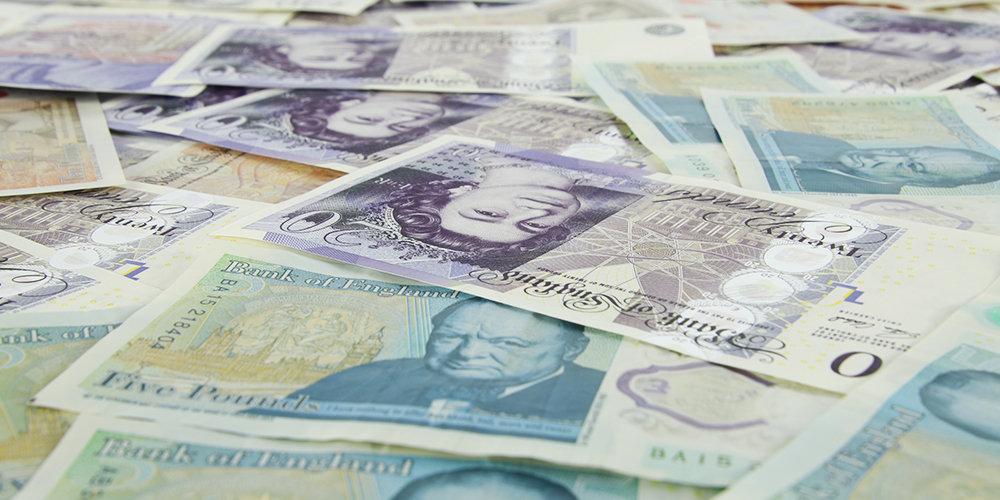 After more than a decade of balance sheet expansion the Bank of England is now sitting on £739bn of gilts, equivalent to 35% of the UK’s national debt. The BoE’s current programme of purchases will take it to £875bn.

There are occasional calls to cancel this debt, but this would be more trouble than it is worth. The BoE would be insolvent, and it would be harder to control the level of reserves and interest paid on them. This was discussed in more technical detail in OMFIF’s September 2014 Bulletin by former BoE staffer Tim Young.

The real question is how the BoE should manage its record-size balance sheet in an environment of high government debt.

The BoE’s liabilities consist almost entirely of reserves held by banks and a select few financial institutions. If it ever manages to shrink the level of reserves, it does not expect to do so to pre-2008 levels because of higher demand from reserve holders; Basel III requires banks to hold a certain amount of ‘high quality liquid assets’.

The BoE’s most recent estimates put the appropriate level of reserves in the UK over the medium term in the range of £150bn-£250bn, calling this range the ‘preferred minimum reserve requirement’. This is just above where the BoE thinks scarcity will kick in, with the hope that such a level will keep markets functioning smoothly. 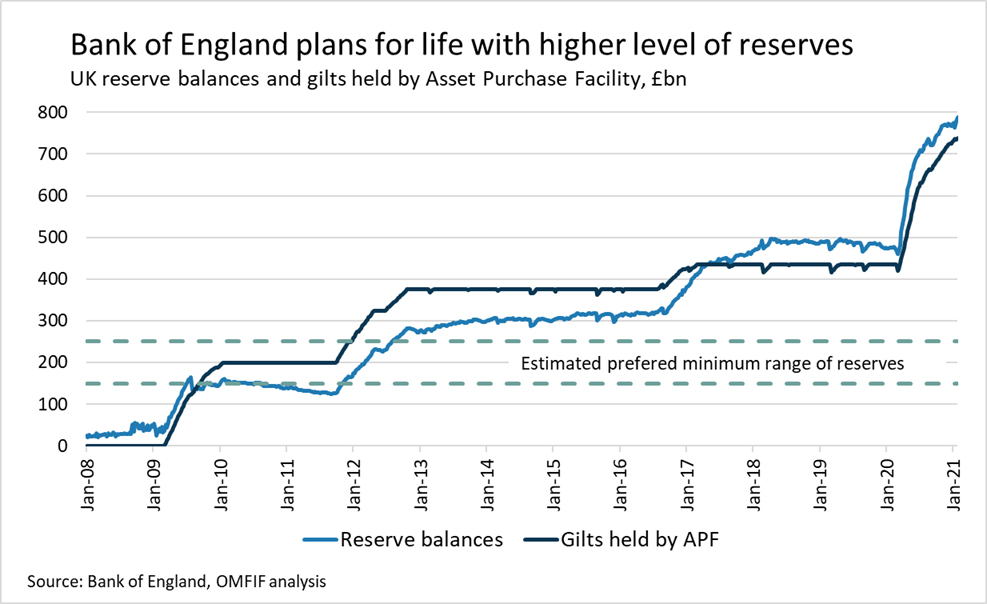 BoE Governor Andrew Bailey said last year that the bank would continue with its current policy of paying interest on reserves to make rates effective.

As for its assets, the BoE has not given any guidance on how it plans to manage its large holdings of gilts, other than the fact it will continue to reinvest matured gilts and that profits and losses will land on the Treasury.

These plans raise several related issues. When the BoE launched asset purchases in 2009, it expected its balance sheet would be permanently larger, but still sought some return to a corridor system that supported trading in the interbank market. Instead, we have a new monetary system in which the supply of reserves has been separated from their price.

If the BoE plans to hold a large volume of assets, it will need principles for handling the composition of them and will need to review its coordination with the Debt Management Office. Both the DMO and the BoE now have control over the composition of the UK’s public debt and shape of the yield curve, and any crossovers in remits are going to be more apparent when the national debt and central bank balance sheet are large.

Bill Allen at the National Institute of Economic and Social Research has analysed the relationship between monetary policy and debt management since the first world war. His work shows that they have often been integrated, but also that the relationship depends on the regulatory framework. If certain government liabilities are counted as contributing towards banks’ capital and liquidity ratios, then the composition of issuance affects bank lending. Basel III and any alterations made after the UK’s departure from the European Union will need to be viewed in this context too.

Since 2009, significant changes in how the BoE manages its balance sheet have come about through a simple exchange of letters between the UK chancellor and the BoE governor. What is needed now is a more formal review of the new monetary system as well as the linkages between monetary policy, debt management and financial regulation.

Once every generation or so, the UK’s top economic brass comes together to plan how the macroeconomic framework should operate. The national debt enquiry in 1945 and the Radcliffe committee in 1959 both concluded that debt management and monetary policy were intertwined. The debt management review of 1995 downplayed the significance of debt management. Then again, debt had fallen to around 30% of gross domestic product at that time. Perhaps another rethink is needed. 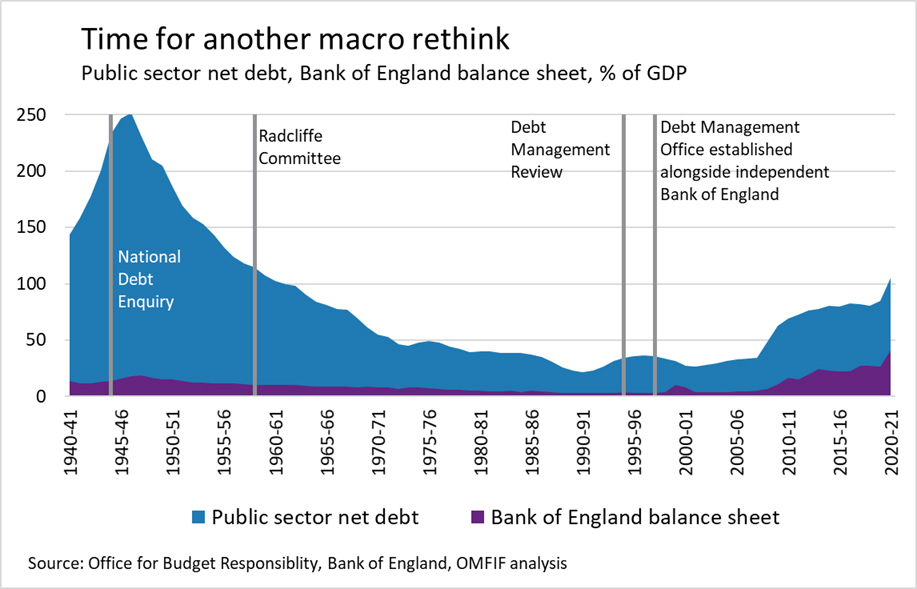 Hans Blommestein of the Organisation for Economic Co-operation and Development and Philip Turner of the Bank for International Settlements urged policy-makers in a 2012 paper to once again consider the linkages between debt management, fiscal policy and monetary policy in light of post-2008 developments. However, they warned: ‘This will not be easy. A major stumbling block to policies is simply the lack of a generally accepted theory of the macroeconomics of government debt management. Macroeconomists have been debating this subject for decades.’