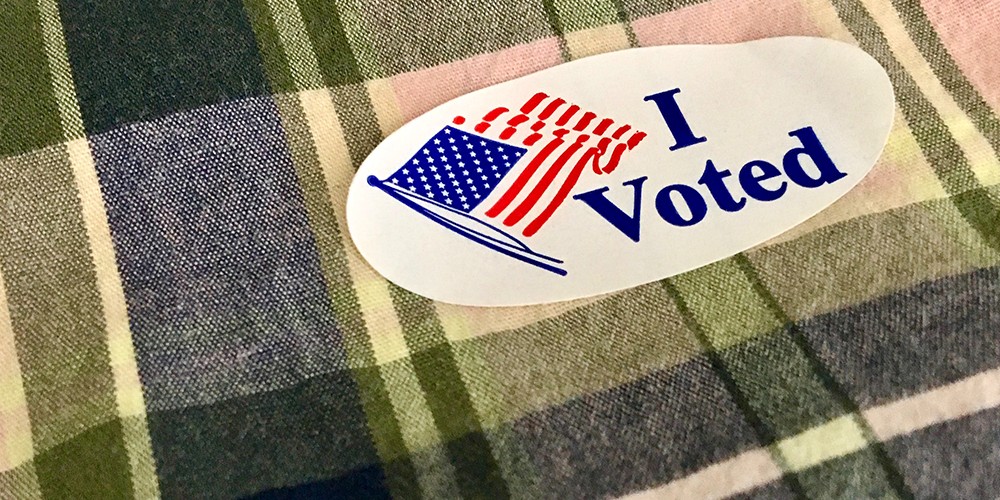 Markets are increasingly expecting a blue wave in the US election on 3 November, resulting in Democratic control of the presidency and Congress. A frontloaded, large stimulus would follow, providing a boon for equity markets. Last week, US corporate bond funds saw record inflows, with renewable energy funds seeing particularly strong performance in the expectation of a Democratic victory.

Despite investor enthusiasm, however, it’s not clear that there is any meaningful relation between which party wins a US election and markets’ performance in the aftermath. While conventional political wisdom might suggest that a Republican victory would result in stock market outperformance, this isn’t clearly borne out by data (figure 1). Ronald Reagan’s election in 1980, for instance, was followed by months of relative choppiness, as was George H. W. Bush’s election in 1988. While this is a simplistic way of thinking about financial markets, many commentators and market participants still rely on this framework. 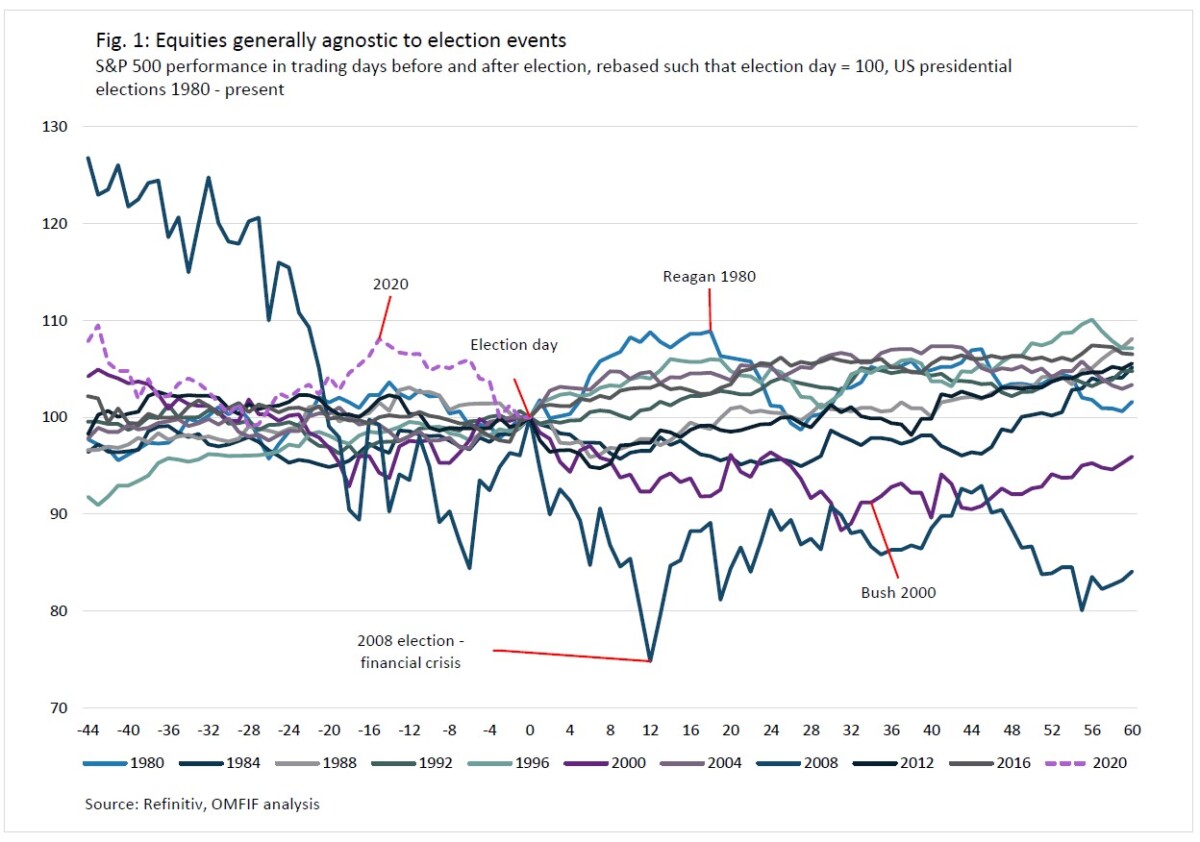 What markets prize above all is stability – especially valued is a quick and decisive election outcome. Uncertainty over this has a detrimental impact on short-term market performance.

Consider the 2000 US election. Despite being held on 7 November, recounts in the highly contested state of Florida continued until 26 November. It took until 12 December for the US Supreme Court to rule against a state-wide recount of ballots, granting George W. Bush the presidency. A significant uptick in volatility shook financial markets, though Bush’s inauguration in late January provided some respite. 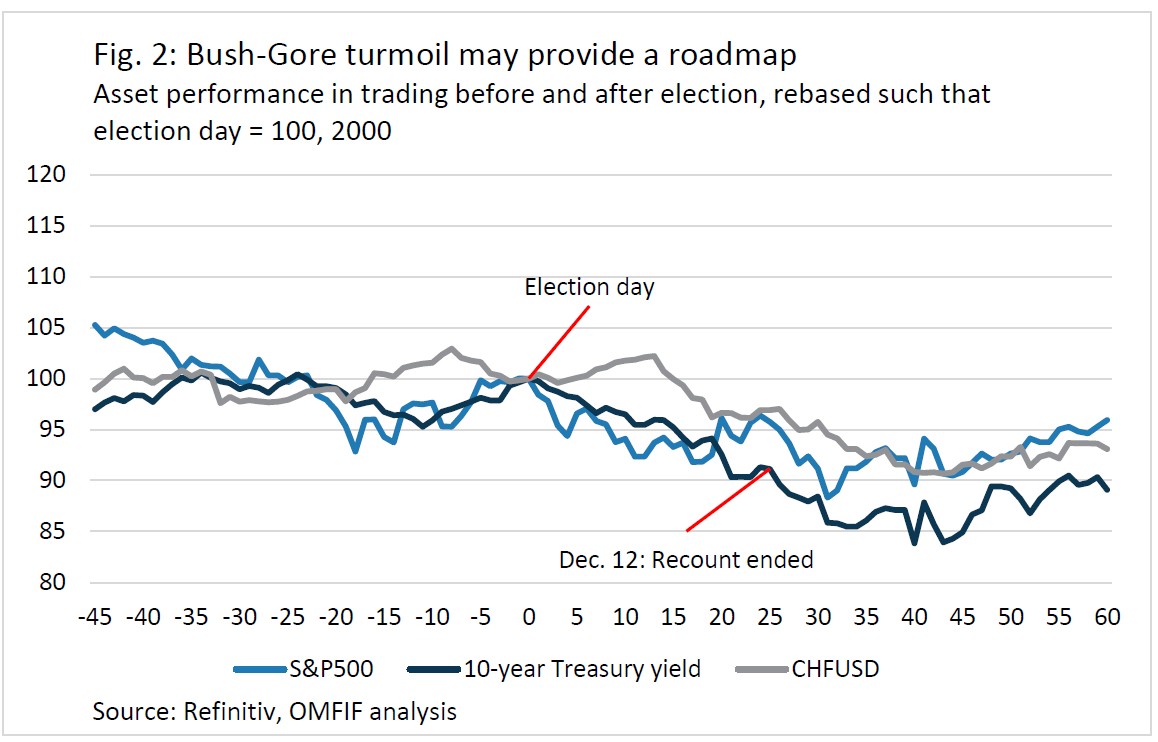 It is worth bearing in mind the broader macroeconomic and financial context in 2000. With the dotcom bubble in the process of bursting, the NASDAQ fell significantly in late 2000, with concerns around the tech sector also contributing to the sell-off described earlier. While it is difficult to disentangle these factors, several papers have estimated that there was a ‘significant initial negative reaction to the delay in the election results.’

A similar trend played out in 2016, although the turmoil in that case was driven less by doubt over the election outcome but by uncertainty over Trump’s general policy impact. While equities reacted positively to Trump’s election, Treasuries sold off very sharply (figure 3). But in the months following the election, the dollar appreciated sharply against major Asian currencies, such as the Thai baht and the yen. 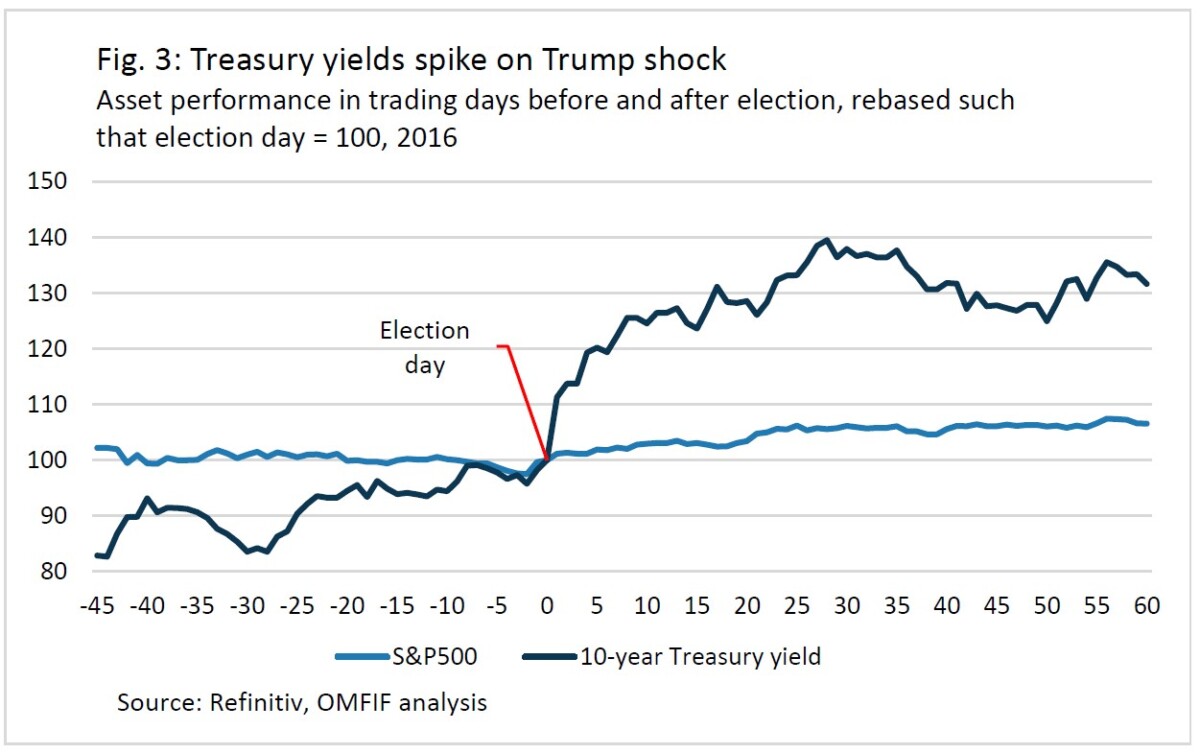 Importantly, neither the 2000 outcome-driven uncertainty or the 2016 policy-driven uncertainty had any real impact on short-term funding markets. In 2000, the spread between the London interbank overnight rate and the overnight index swap rate remained relatively stable throughout November, while in 2016, more commonly used repo rates were similarly flat. While it’s sensible to suggest that political outcomes would most impact longer-term financial prospects rather than short-term funding conditions, one would still expect to see a spike in money market rates in the event of a real political shock. The absence thereof should serve as a warning against overthinking electoral outcomes.

Should 3 November fail to produce a decisive election outcome – either in the shape of a Democratic sweep or a Trump surge – deciding on the final result is likely to be left to the US court system. Short-term uncertainty and sell-offs in equities and Treasuries are probable, leaving investors with few options. One likely outcome in this scenario is that the Federal Reserve further expands its asset purchases, perhaps wading deeper into corporate bond markets. Investment grade corporate credit could serve as a possible haven to weather election-related uncertainty. Given the existing level of Treasury yields, they are unlikely to provide much comfort as judges dispute the poll’s outcome. In this case, emerging market and classic haven currencies, such as the yen or the Swiss franc, might offer comfort as well.

As discrete events, elections rarely have a decisive impact on financial markets; in situations of uncertainty, however, markets tend to react strongly. Should the 2020 US presidential election take several weeks or even months to unravel, conventional asset classes will suffer in the short term.