When it’s better to be a debtor 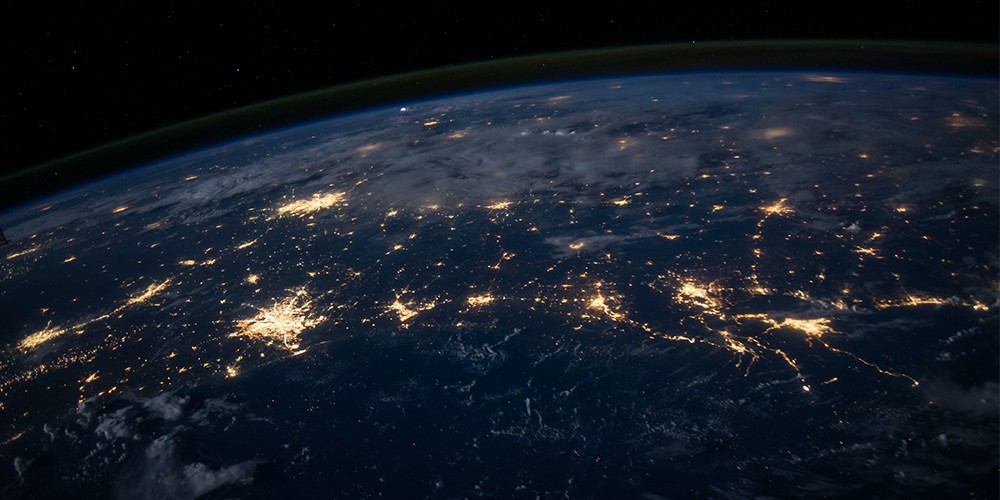 Winners and losers in the world economy

A new era of inflation – or deflation – would create financial winners and losers among the world’s major lender and borrower economies. An inflationary macroeconomic environment tends to benefit holders of equities and punish holders of bonds, who may achieve higher interest rates on future investments but suffer capital losses and lower real earnings. 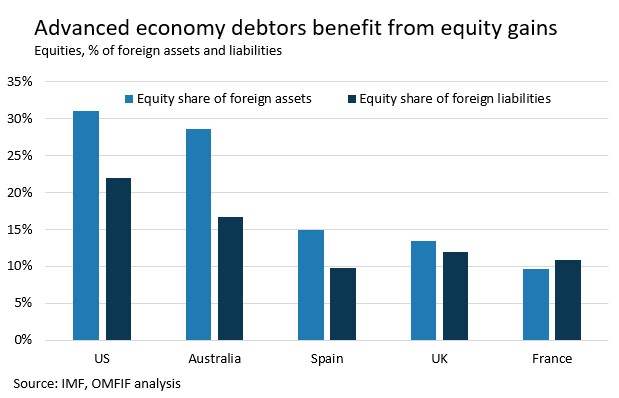 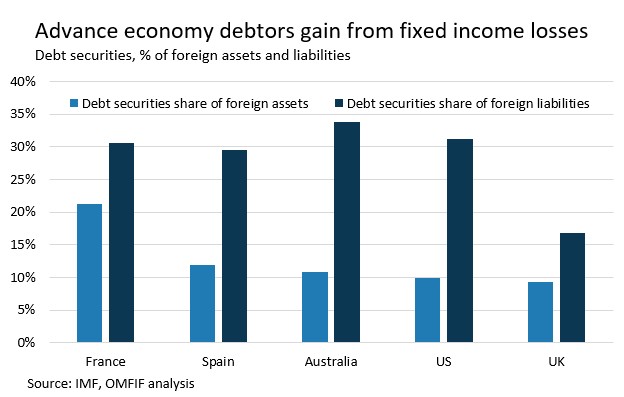 The main debtor countries all have one thing in common – their exposure to fixed income on the liabilities side far outweighs their exposure on the assets side. The exception is Ireland, where balance of payments data are distorted by the tax arrangements of multinational companies. For most advanced debtor economies, equities take up a higher share of foreign assets than foreign liabilities, though there are exceptions to the rule, such as France, which has a low share of equities in its foreign assets. This means that an inflationary world economy would help to reduce the NIIPs of debtor economies. A deflationary one would have the opposite effect.

Winners from price changes imply losers on the other side. Advanced economy creditor countries tend to be weighted more towards fixed income on their foreign assets compared with their foreign liabilities. 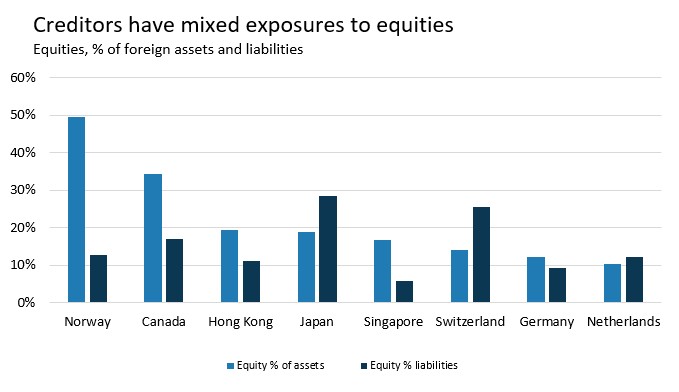 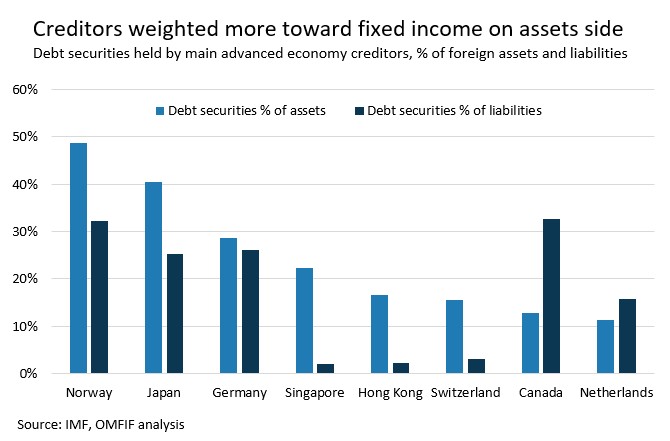 China too is heavily exposed, though through its foreign exchange reserves rather than portfolio investment. There are some outliers. Canada has a higher proportion of debt securities in its liabilities than assets, as does the Netherlands.

The breakdowns of external assets and liabilities give an idea of which countries are set to gain or lose from unexpected changes in the world economy. A more inflationary world economy will benefit the main debtor economies. A deflationary one will tend to benefit the creditors – at least from a short-term balance sheet perspective.

A separate issue may return to the fore in the euro area. A significant slice of some euro area NIIPs are Target-2 balances; the overdraft for national central banks embedded in the Eurosystem’s payments infrastructure. The Bundesbank’s balance has risen to almost €1tn and is likely to climb further in response to the latest rounds of asset purchases. This is because national central banks buy their own government bonds, but not always locally. 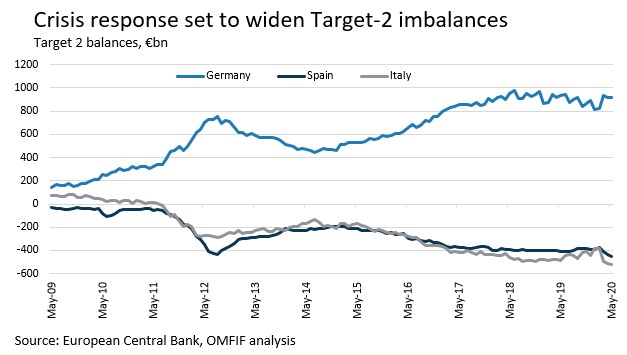 For example, the Banca d’Italia may buy an Italian bond from a German investor or an international investor that keeps its main euro accounts with a bank in Frankfurt, which widens the Target-2 imbalances. The imbalances will persist until there is some reversal of payments flows – Germany must start buying more from Italy and Spain than vice versa. This looks a long way off. One indicator of competitiveness, real effective exchange rates based on unit labour costs, shows that the loss of competitiveness in southern Europe that occurred over the 2000s has been largely reversed in Spain, but persists in Italy.

While the numbers involved are significant, they are not a major problem economically. The Bundesbank has created bank reserves against an asset (claims against the Eurosystem) which produces no interest. Target-2 balances pay out or charge interest at the ECB’s main refinancing rate, currently 0%. It could potentially have bought some other asset, though bunds have not yielded more. If Italy were to exit the euro area and default on its Target-2 balance, its unpaid Target-2 liabilities would be more of a political and legal problem than an economic one. The Eurosystem would become technically insolvent, but this is not a major issue. Central banks are not profit-maximising institutions with shareholders chasing returns. 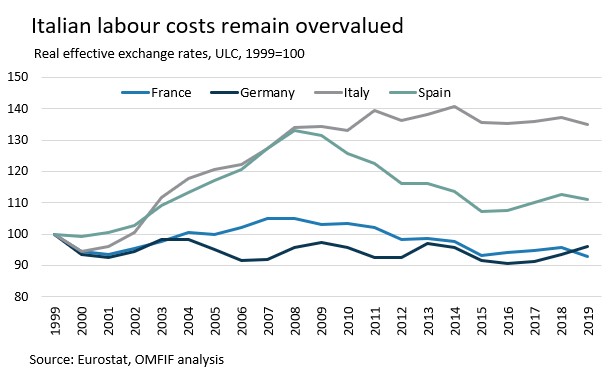 Target-2’s economic problems are solvable. If a default occurs, it is the legal and political hurdles that will require the most attention.

This article is an extract from Global Public Investor 2020. Fill out the form below to download the rest of the publication for free.