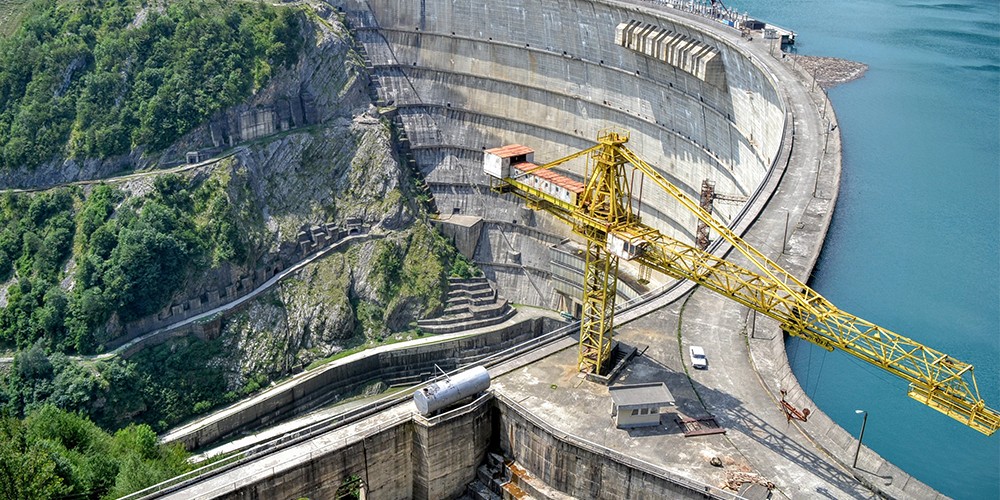 Fiscal policy plays a major role in counteracting recession when monetary policy hits the zero-bound and the worst-hit sectors are not interest-sensitive. Infrastructure stimulus generally creates larger economic benefits, because it not only puts people to work, but also creates durable assets that can help boost long-term growth. Infrastructure investments formed a significant component of stimulus programmes following the 2008 financial crisis (see figure). This type of investment is frequently cited as a necessary element of Covid-19 recovery packages. 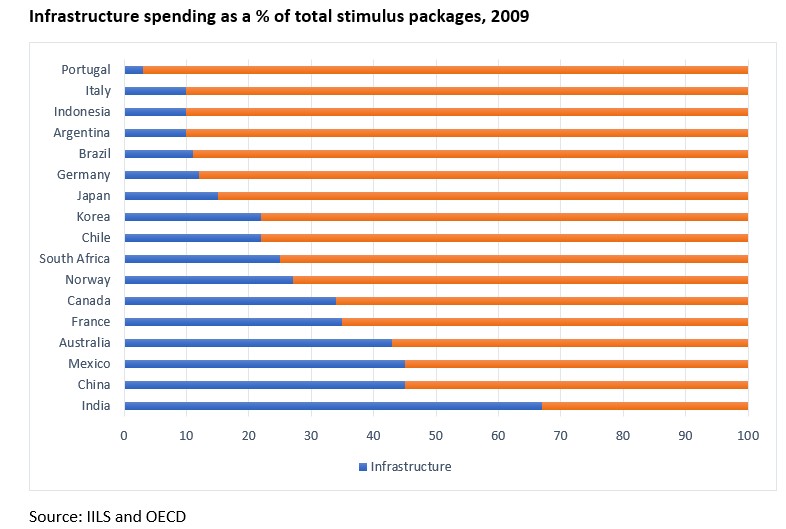 Much discussion on infrastructure stimulus centres on the size of the ‘multiplier’, that is whether government spending crowds in or out private sector investment and consumption.  The efficacy of infrastructure investments depends crucially on where and how these programmes are implemented.

Macroeconomic conditions determine a stimulus package’s effectiveness. Infrastructure stimulus is more likely to succeed in a more closed economy, with a fixed exchange rate regime. It requires loose monetary policy, so that fiscal expansion is not offset by a reduction in net exports, exchange rate appreciation or monetary tightening.

Initial fiscal conditions matter. Countries can respond to crisis more aggressively if enough fiscal space exists before the upheaval. When initial conditions are healthy, fiscal expansion is less likely to endanger debt sustainability and hamper growth in the long term. When taxes are distortionary, debt-financed spending will be more effective in boosting employment and output than spending that is paid with higher current tax (see table).

At the project level, the specific choice of infrastructure investments will have a major impact on its efficacy.

Infrastructure projects must be carefully appraised to ensure high economic returns and enhance growth. Whether or not the right projects will be selected depends on the quality of infrastructure governance arrangements that the country has in place. Well-chosen projects that target binding growth constraints should, in principle, contribute more to GDP than they do to indebtedness.

Projects need to be ‘shovel ready’ soon after the stimulus package is launched. Large infrastructure projects typically have significant construction lead times. They are usually not suitable for fiscal stimulus, because their construction impact may be too late to affect the recovery. Attention should focus on smaller-scale, less complicated projects, or those that are already underway and could be accelerated.

If the over-riding goal is long-term growth, then large projects such as dams, transport corridors, or fibre optic networks may be most relevant. For short-term employment impact, building efficiency retrofits and road maintenance are the more promising, because they require a low-level of labour specialisation and are geographically dispersed. Rural road maintenance projects could generate 200,000-500,000 annualised direct jobs for every $1bn spent in Latin America. As in the aftermath of the 2008 financial crisis, many countries are seeking to pursue a green recovery, for example by focusing on the development of renewable energy generation.

Infrastructure projects need to be coordinated across different levels of government to ensure that actions are mutually reinforcing. In countries with federalist systems, there is the risk that federal spending might push down state spending. Better coordination between central and local governments and an emphasis on localised decision-making could help avoid such an unproductive dynamic.

Infrastructure projects could form an important part of fiscal stimulus, particularly when macroeconomic conditions are supportive. But not all initiatives will be equally effective. Governments need to be smart about identifying high-quality projects that can meet policy goals. These are important lessons to bear in mind as countries reach for stimulus packages to support the Covid recovery.

Vivien Foster is the Chief Economist for the Infrastructure Vice-Presidency of the World Bank. For more on infrastructure, download our report in Global Public Investor 2020. 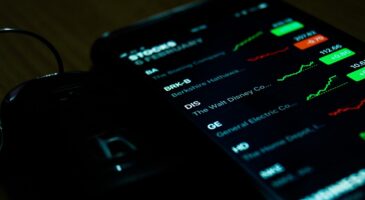