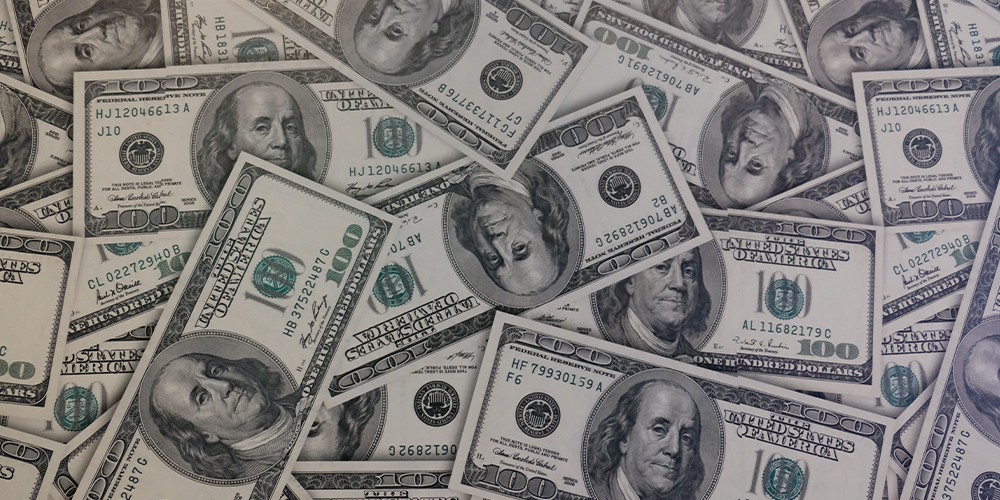 Periods of risk aversion could support dollar for a short time

Factors that contributed to the dollar’s rally since its 2011 lows have started to reverse. The move down has been significant. Investors are concerned about selling the dollar after a 10% fall against the euro in the space of three months. The dollar is ready to fall further over the next few quarters, as long as the global risk appetite remains benign.

Currency markets react to changes in underlying variables and, like all markets, are pulled along by momentum. The dollar is sensitive to global risk sentiment. An environment of caution and concern tends to strengthen the greenback as portfolio flows are repatriated to the US. A long dollar position is a hedge against a core portfolio of equities, high-yield bonds and other risky assets. Risk appetite has improved since the end of March and the dollar has weakened.

Bouts of risk aversion are set to occur. Covid-19 remains a source of uncertainty, US-China tensions could flare up in the next few months and the US elections could be concerning for investors.

Unlike other asset prices that are driven by the rate of change of economic variables such as growth, currencies reflect relative economic relationships between countries. In 2018, the dollar appreciated thanks to higher and rising US yields relative to European and Japanese ones.

These interest rate differentials have supported the dollar over the past ten years. Thus, investors buy US bonds for their higher yields compared to Japanese or euro denominated bonds. Other investors adjust their currency hedges depending on cost, driven by the interest rate differentials. While the yield differential is still in the dollar’s favour, the difference has declined since March. The spread between ten-year US Treasuries and German bunds of similar maturity has declined from 2.3% at the start of this year to below 1.1%.

The Federal Reserve is putting the finishing touches on its updated monetary policy framework. The upcoming Jackson Hole virtual symposium will give investors an indication about how far the Fed will move towards allowing inflation to rise beyond its 2% target to ‘catch-up’ with the low inflation rates of the past years. A higher inflation tolerance and suggestions that policy rates will remain close to zero until unemployment falls back to pre-pandemic levels will further weaken the dollar.

High fiscal deficits do have an impact on currencies. Since the start of the pandemic, budget deficits in most countries have increased. In the past, higher yields accompanied higher deficits, but central bank action in this crisis has stymied any increase in yields. Direct bond purchases and central bank comments have kept US yields low. Europe, Japan and many other countries have also run up large deficits, but expectations for a new US fiscal package and the ongoing accommodative Fed stance are concerning for foreign investors. To get some future returns from financing US government spending, foreigners might need some encouragement through a higher risk premium.

Despite prolonged negotiations, a $1tn-plus fiscal package will be passed. Europe and Japan are also boosting their fiscal spending. The European Central Bank and the Bank of Japan have increased their monetary policy easing through aggressive asset purchases.

The big news has been the agreement of a €750bn European Commission bond issuance programme. The resulting EU bond market could develop into a significant and liquid alternative to US Treasuries. In addition, it could support the value of the euro which has suffered from Brexit and persistent concerns about the cohesion of the union. The market took this announcement positively and the euro is significantly stronger.

Another factor that has weakened the dollar is the uncertainty ahead of November’s elections. If stresses around the election trigger a broader risk aversion episode, the dollar will be a net beneficiary, for a short period.

The dollar has started a multi-year depreciation against other major currencies. Low and declining yields, the growing fiscal deficit and less risk-aversion should continue. More structural factors, such as international reserve managers diversifying their currency holdings or a greater share of world trade being settled in euro or renminbi, will only have a small impact on currencies.

Many investors have reduced their dollar positions so there won’t be a dollar collapse. Rather, there will be a gradual decline punctuated by instances of strength if volatility hits markets again.

Rajeev De Mello is Managing Director of Deep Learning Investments and the former Chief Investment Officer of  Bank of Singapore.