What’s on the sovereign investor’s mind? 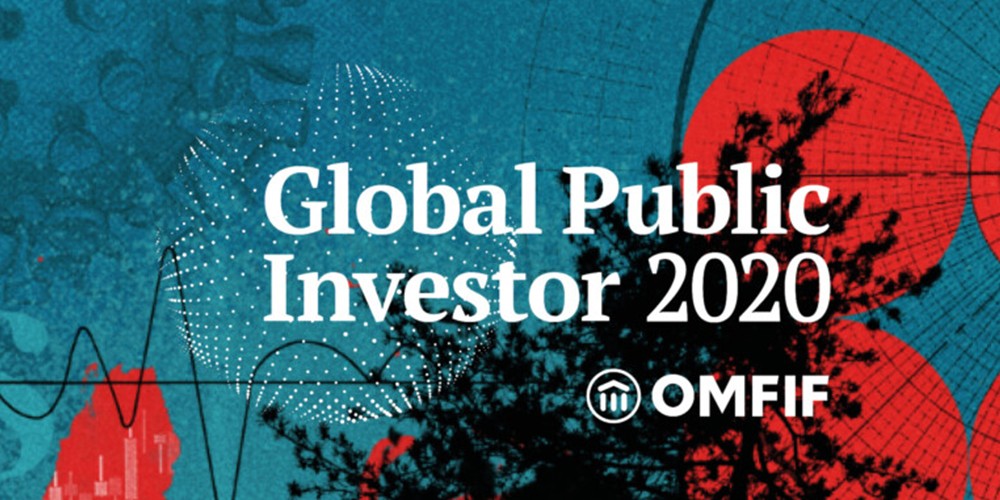 What is an investor to do? The global economy is enduring a particularly forceful downturn while governments borrow extravagantly to step into the gap, as central banks wade into markets to buy a wide range of assets. Against this backdrop, OMFIF last week hosted two virtual meetings to present the findings of Global Public Investor 2020.

At the start of the Covid-19 crisis, the world was in a better financial and regulatory position than at the onset of the 2008 financial upset. Deep structural problems remain.

The markets plummeted in March, but have since stabilised. The world is starting to recover, and investors are reviewing their strategies and looking to the future face of growth. Speaking at the GPI Asia launch, Leanne Taylor, head of macroeconomic and markets research at Cbus Super Fund, said, ‘We’re seeing an acceleration in trends that were already underway.’ But how much has changed and what?

Central banks swiftly responded to the crisis, deploying unconventional monetary policy. Banca d’Italia Deputy Governor Luigi Federico Signorini said this was both necessary and welcomed by the markets. But he and Martin Weiland, head of market intelligence and analysis at the Deutsche Bundesbank, warned against the ‘moral hazard’ of relying excessively on central banks. They should act as guarantors in an emergency to steady markets, but a route back to normalisation must be on the cards.

Both acknowledged that national governments stepped in to mitigate the impact of Covid-19. They added that fiscal stimulus measures were needed but must be sustainable and address structural obstacles to ensure that debt-to-GDP ratios remain manageable.

2. ​The crisis brings caution, but no rush to ‘risk-off’, and the hunt for yield persists

Before the pandemic, some investors were treading carefully, realising the world was already in a late economic cycle. As a result of the virus outbreak, many are remaining cautious and holding fewer risky assets. Others, however, argue that the expected ‘low for long’ environment may require investment in riskier assets to gain returns. Sharil Ridza Ridzuan, managing director of Khazanah Nasional Berhad, said the Malaysian sovereign fund’s mandate is to grow the country’s long-term, intergenerational wealth. It is therefore focused on finding the right mix of assets and risks to ensure sustainable returns.

Regardless of the shorter-term view, all investors in Asia are building more diversified portfolios across asset classes.

All panellists spoke of balance. Sevinc Acar, investment director for fixed income at PGGM, said that there was always a ‘push and pull’. If interest rates are low, markets move to riskier assets as they reach for yield, and vice versa. But even in a low-interest rate environment, safe assets are a key part of portfolios, as they are needed for investor confidence. This is especially true given the uncertainty of Covid-19. James Blair, head of fixed income investment services for Asia Pacific at Capital Group, stated that the recovery did not call for ‘risk-on or risk-off portfolios’, but ‘balance’.

3.​ Often a harbinger of worry, gold buying is back in fashion

Gold’s value as a risk management tool in troubled times was praised by Banca d’Italia’s Signorini, underlining the yellow metal’s status as an investment winner from the pandemic.

‘Beyond any mythical aspects, there are many rational reasons to make gold part of the central bank’s assets,’ he said. ‘A portfolio diversification is essential for central banks, in view of the long-run outlook, and, ultimately for independence.’

Although gold holdings make up roughly two-thirds of the Banca d’Italia’s foreign reserves, it represents just 10% of the bank’s much-expanded balance sheet – ‘not a bad time to hold those yellow glittering bars in our vaults.’

The bank, the world’s third biggest official gold holder after the US Treasury and Bundesbank, has conspicuously refrained from selling over the last 20 years. Signorini referred to a book by Salvatore Rossi, Banca d’Italia former director general, highlighting ‘psychological reasons to attribute to gold quite magical properties’.

Signorini noted increased financial risk as well as higher market uncertainty and volatility. ‘Meanwhile, the price of gold went from record high to record high,’ he said, providing coverage in balance sheets that was ‘optimal for risk management.’

Discussing the description from René Larre, a former general manager of the Bank for International Settlements, ‘Down in the vaults, lies gold, unused, but not unloved,’ Signorini added: ‘Unused, but not useless…. There are historical reasons behind central banks’ large holdings of gold, as anchor of the international monetary order… I can testify to the awe that people show when they take a glimpse of the vast array of ingots in the Bank of Italy’s vaults.’

The rising gold price, along with strong equity markets, were some of the main reasons behind the 5% growth in assets of the top 750 global public investors to $39.5tn at end-2019. Signorini noted the finding in the OMFIF GPI Survey 2020 that 13% of sovereign funds wished to increase allocations to gold, among the overall 10% of GPIs recording this intention. ‘Some diversification between paper assets and a commodity, specifically one that people often turn to in troubled times, does make sense. In the last few months, it provides a textbook example.’

The European Union started the crisis with an asymmetric shock and disparate national responses. The European Central Bank acted quickly and member states are taking coordinated – if small – steps towards fiscal union. Didier Borowski, head of global views at Amundi, viewed the European Commission’s future generation plan as a significant move towards establishing a European safe asset. Europe has come out of the crisis stronger and more harmonised at the fiscal level. Borowski believed investors may be underestimating the improving European policy environment.

Frank Scheidig, global head of senior executive banking at DZ Bank, underlined the importance of the new EU debt issuance plans for the euro as an alternative to the dollar, which, as OMFIF’s GPI publication confirms, remains essentially unchallenged as the principal reserve currency.

Scheidig predicted the introduction of new settlement opportunities for euro swaps, which would be faster than their dollar equivalents and at a more convenient time for Asian investors. Hani Kablawi, head of international at BNY Mellon, agreed, saying, ‘Issuance of euro sovereign debt is a watershed moment which could lead to the euro rivalling the dollar as an investment currency.’

Meanwhile, the relationship between Beijing and Washington is gaining importance as it worsens. Christopher Smart, chief global strategist at Barings, argued that regardless of who wins the US presidential election, friction between the two countries was unlikely to ease. The impact on the global economy and trade relationships remains to be seen, but Covid-19 has only heightened tensions.

5. ESG investing still wrestling with fundamental issues, crisis moves it to the fore

Attendees at both meetings agreed that the pandemic has sharpened the desire for green and sustainable investment. Agnès Belaisch, chief European strategist at Barings, noted how European governments have taken a coordinated approach to these types of investments. The green transition is in the public interest. However, the move towards more renewable energies and cleaner investment will come at a cost for existing industries, particularly in old Europe.

Ridzuan echoed this sentiment: ‘Malaysia’s energy transition away from coal will be a long and expensive process, but it’s important we start the journey. We are having many difficult discussions with the aviation sector on how it can mitigate its climate impact.’ He added that it was challenging for developing economies to balance climate concerns with improving living standards.

Ludger Schuknecht, deputy secretary general of the Organisation for Economic Co-operation and Development, stressed the need for an agreed taxonomy if ESG investing is to take off responsibly.

Anshula Kant, chief financial officer of the World Bank Group, highlighted that GPIs have an important role to play in developing standards for green investments. She added that public investors can help ease liquidity concerns. The World Bank is issuing green bonds and supporting green assets for investors to purchase.

Despite these hurdles, Dong Hun Jang, chief investment officer of the Public Officials Benefit Association of South Korea, stated that, ‘Covid-19 has accelerated ESG investment as non-optional. This new mandatory approach can be seen in the Korean government’s new green investment deal to promote private sector investment into green areas. Around $80bn will be mobilised.’

Frances Barney, head of global risk solutions at BNY Mellon, said, ‘The current environment is testing us all and will reward those who are responsible, agile and resilient – GPIs now have influence beyond their individual investments but also how they invest socially.’