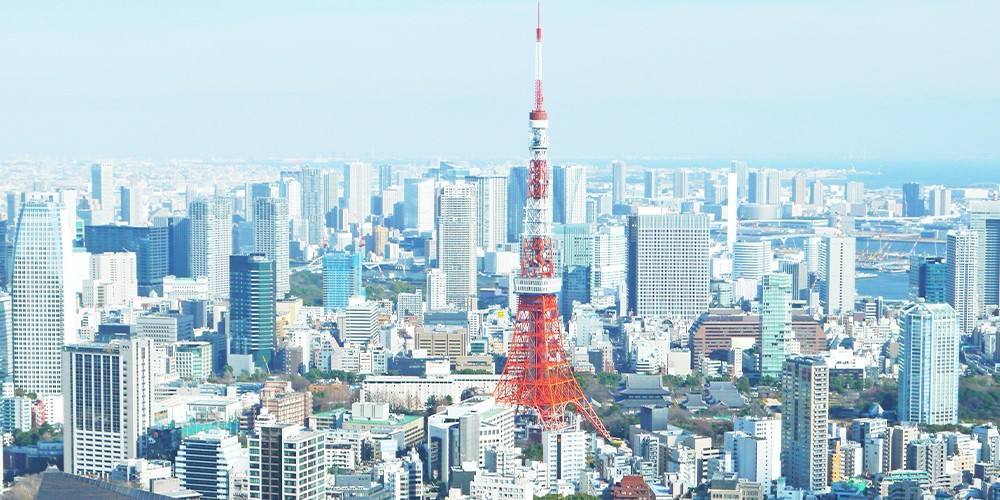 Japan is likely to get off lightly from any immediate coronavirus-related hit to its unemployment rate. According to 24 leading economists, surveyed by the Japan Center for Economic Research, it is expected to rise to 2.8% in the second quarter of 2020—only 0.5 percentage points higher than six months earlier. That compares to an expected unemployment rate in the US of 20% by the end of April. In Japan, there is an unspoken expectation that labour cuts would be a company’s last resort. Companies function as shields to protect employees from economic fluctuations. 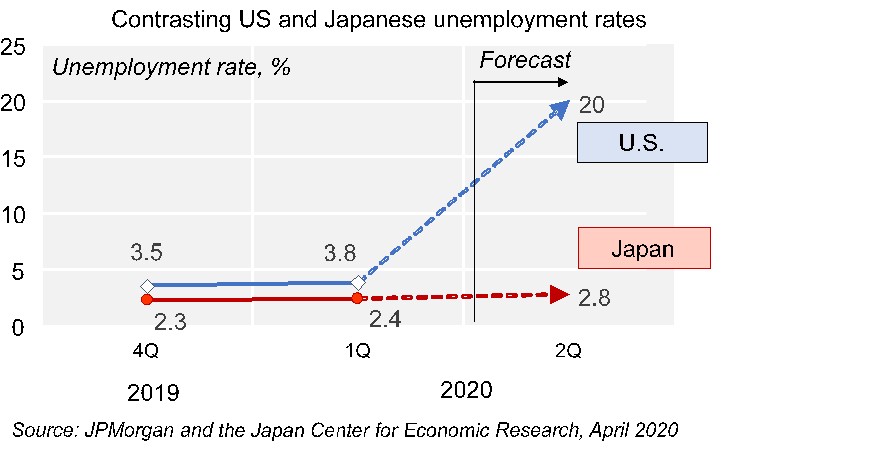 However, there are still three challenges for protecting Japanese jobs. First, freelancers and the self-employed, lacking a corporate shield, will be hit directly by the crisis. They do not have a safety net. The government is struggling to establish an appropriate system to help those who have lost their income and do not have unemployment insurance.

Second, Japan lacks a framework for prompt cash transfers from the government to individuals. Companies collect income tax and social insurance premiums from their employees and pay it to the government on their behalf. For this reason, the government does not directly interact with the bank accounts of citizens. People are intimate with corporations but estranged from their government. During the Lehman shock, local governments asked individuals by mail for their bank account numbers in order to pay out their benefits. In Germany, the benefit payments began two days after the passage of its benefits bill. In the US, the economic stimulus law was passed at the end of March, and the benefits from the government will be deposited into each person’s account in two to three weeks. Japan lags far behind these countries in terms of the speed of cash transfers.

The third challenge is the gradual decline in corporate strength. Nikkei, a Japanese financial newspaper, interviewed the presidents of 100 major companies revealing that, while only 6% needed to furlough workers, none of them was considering laying off employees at the moment.

However, if the economic contraction is prolonged even the cash-rich Japanese companies will face a tough time. A Nikkei estimate, using financial data from 3,400 major global companies, indicates that if the 30% decline in sales continues for more than six months, there will be no difference in the fall in cash reserves between global and Japanese companies.

In this situation, where the strength of the corporate sector wanes, one way to improve Japan’s ability to respond to the crisis is to utilise digital technology, including the use of the My Number system. This was introduced in 2015 with each resident of Japan getting a 12-digit identifier and is used for social security, taxation, and disaster response. There is a need for a system that uses My Number to track personal assets and income, quickly identify who is in need in during a crisis, and swiftly provide benefits.

Digital technology can also be used to contain the coronavirus. Municipal health officials deal with the exhausting task of surveying individuals to find out how people got infected. Tracking apps, like the ones adopted in China and South Korea, would speed this search. There are personal privacy concerns, but using digital technology will be important if the battle against the virus is a long one.

Sumio Saruyama is Lead Economist at the Japan Center for Economic Research.