Fresh tests for ECB after Easter accord 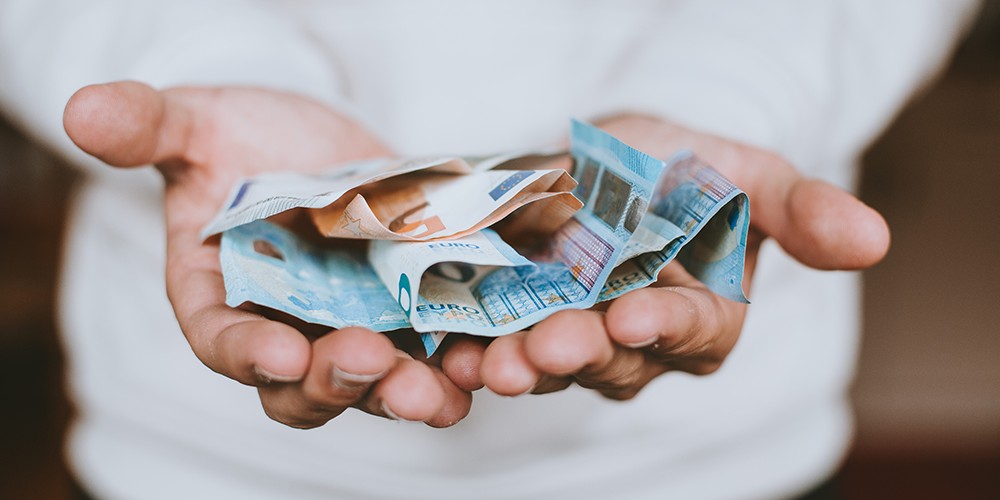 The European Central Bank faces fresh tests following political discord in Italy over the euro area’s 9 April deal on European Stability Mechanism loans to coronavirus-hit countries. Despite the Easter agreement on a monetary union package of up to €500bn including a new recovery fund, the stage is set for further European haggling over terms and timing of crisis-fighting measures.

Pressure on Italian bonds, reflecting debt sustainability worries, may intensify take-up of the ECB’s emergency €750bn bond-buying facility. This could become increasingly targeted on Italian purchases, leading to political and legal controversy ahead of the next EU leaders’ meeting on 23 April.
The spread between Italian and German 10-year bonds is close to 2 percentage points, against 1.3 to 1.6 percentage points around the end of last year and the sub-1 point gap that senior Italian officials believe is justified by econometric analysis. Before the ECB agreed its emergency scheme on 18 March, spreads had widened to 3 percentage points – revising fears last seen eight years ago that the euro area was again facing serious break-up risks.

The Target-2 intra-euro area imbalances – a nodal arrangement of credits and debits linking national central banks, broadly indicating underlying stress – have started to rise again with the restart of ECB bond-buying in November. Bundesbank advances to other states’ central banks rose sharply to €935bn at end-March from €822bn at end February, well above €751bn in August 2012 at the peak of previous anxieties over so-called redenomination risks within monetary union.

The pandemic has sharpened long-running feuding over whether the euro area should have a unified interest rate for loans on mutualised ‘Union paper’. Nine states including Italy, France and Spain have proposed ‘corona bonds’ as a way of carrying out joint finance using a long-touted unified ‘safe asset’. Euro member states admit the 9 April deal has simply papered over the cracks.

Officials are aware of political and legal scrutiny of the ECB’s stepped-up bond-buying, particularly the requirement that measures are ‘proportionate’ across the euro area and not focused on single countries. The German constitutional court is due to pronounce on 5 May on the ECB’s general public sector purchases started in March 2015. This is not directly related to the latest emergency programme. Yet there are linkages, especially if central banks’ bond buying under the ECB’s deliberately flexible new pandemic scheme produces significant deviations from the ‘capital key’ limits that both the European Court of Justice and the German court say are important legal conditions.

The 9 April compromise came in a second video call between Eurogroup finance ministers after an all-night effort broke down early on 8 April. France and Germany joined forces with Italy to fight off Dutch demands that money from the ESM bail-out fund should be subject to macroeconomic conditions. The accord failed to heal dissent on debt mutualisation between southern and northern euro bloc members. In view of widespread Italian belief that ESM borrowing would infringe sovereignty, Prime Minister Giuseppe Conte said over Easter that Italy would not apply for a credit line from the fund, reversing his position last month that the ESM was needed to lower reliance on ECB lending.

The anti-ESM backlash in Italy from opposition and governing party politicians underlines the virulence of Europe’s north-south split over ‘joint and several’ euro debt. Attention is gaining momentum on crisis-inspired direct central bank financing of state entities and corporations in the US and UK. ‘In Europe this is impossible because the treaty imposes on us that we cannot do it, it doesn’t give us any degree of freedom, apart from being able to intervene in the secondary market,’ one Italian official said.

François Villeroy de Galhau, governor of the Banque de France, sparked a debate when he said in Paris on 4 April, ‘While monetary financing is prohibited by the European treaties, it would, for example, be possible to imagine the central bank creating money on a lasting basis to directly finance companies.’ He emphasised that such action would have to uphold central banks’ mandate maintaining price stability and their independence.

The 9 April Eurogroup gathering granted member states access to the ESM’s ‘enhanced conditions credit line’ with a benchmark amount of 2% of GDP to support healthcare costs. German officials say that Italy could seek more than 2% (€40bn) if required. The European Investment Bank will create a guarantee fund of €25bn to support €200bn of financing for companies with a focus on SMEs. The European Commission will set up a temporary loan-based instrument of up to €100bn to protect employment.

Ministers agreed to work on a post-crisis recovery fund, ‘temporary, targeted and commensurate with the extraordinary costs’, although details on its relation to the EU budget, its sources of financing and ‘innovative financial instruments’ have yet to be decided. The German finance ministry cited ‘broad agreement to disagree’ on financing the fund, with mutualised debt issuance ‘favoured by some and strongly opposed by others.’ The French finance ministry said it hoped to finance the fund with common debt issuance ‘for a limited period’ – presaging considerable wrangling ahead.