Dollar at a crossroads 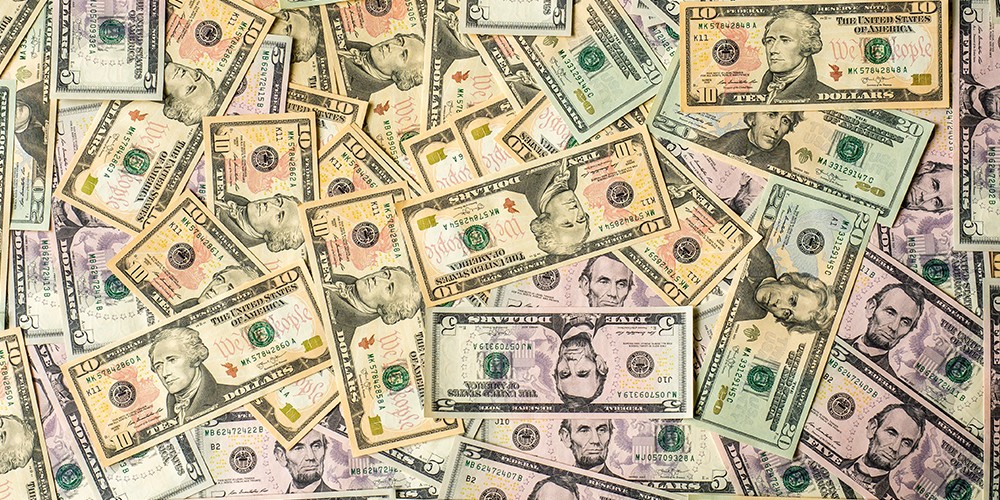 What's next for US currency's global liquidity

The dollar stands at a crossroads. Throughout the pandemic shock so far, it has forcefully reasserted its claim to currency supremacy and is now at its highest point in effective terms since early 2017. Given the currency’s strength, dollar liquidity has been tight globally. Policy responses aimed at easing this tightness have so far achieved modest results, leaving open questions about the medium-term future of the US currency. What next for global dollar liquidity?

The Federal Reserve’s roll-out of new swap lines and a temporary repurchase agreement facility for foreign and international monetary authorities has provided some respite to global supply chains heavily reliant on dollars. Take-up of the swap lines has been unprecedented, while the first FIMA figure released 9 April (take-up of only $1m) was slightly underwhelming as operational scale-up gets underway. 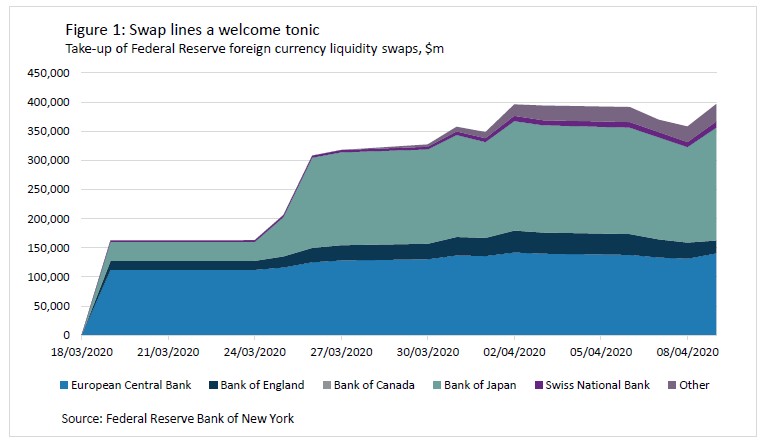 The New York Fed’s measure of custody holdings for foreign official accounts has dropped at the fastest pace ever, shedding more than $100bn in a handful of weeks and still falling. This should help partly stem the tide for Asian currencies dropping against the dollar in recent weeks. 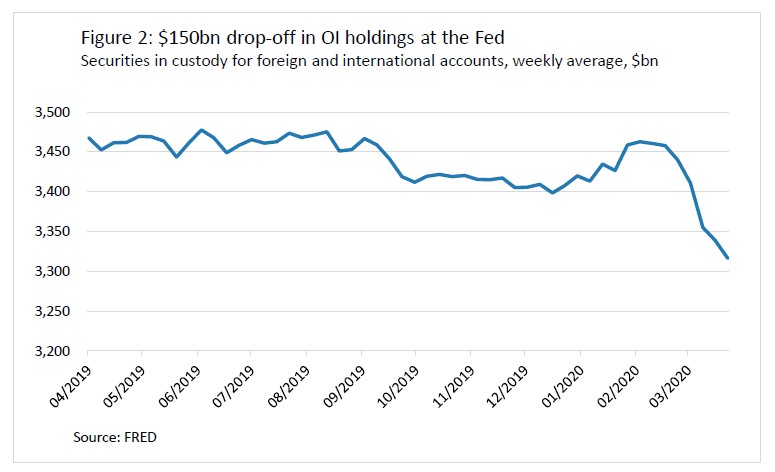 Make no mistake though – at this moment, global dollar liquidity is still tight.

It might appear that cross-currency bases – a measure of the premium paid for global dollar liquidity, referred to by the Bank for International Settlements as the ‘shadow price of bank balance sheets’ – have returned to previous levels since their March widening. The yen basis, for example, is even positive, suggesting a relative oversupply of dollars to the euro area. In some cases, as in Japan, the central bank has provided so much foreign currency liquidity to the banking system that it has inadvertently tightened financial conditions in domestic currency. 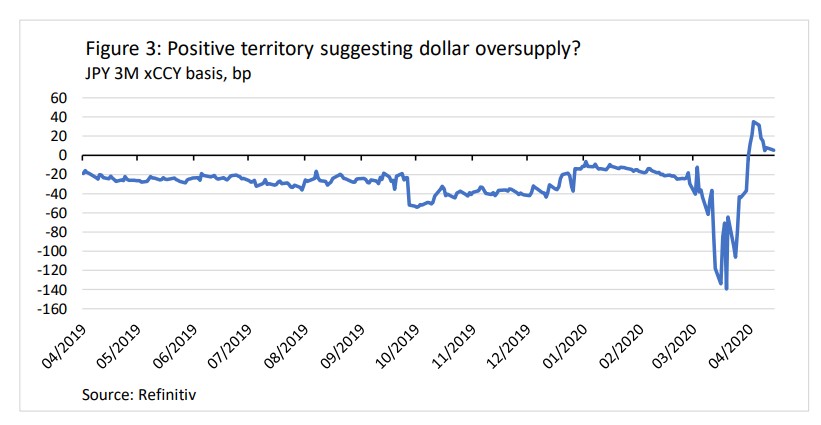 This is misleading. The cross-currency bases that have narrowed are those based on a swap of London inter-bank offered rates. Their narrowing is based on a widening in the Libor-overnight indexed swap spread, which itself has come apart for idiosyncratic reasons largely unrelated to global liquidity conditions. For one, there are grave composition issues with Libor, producing pricing uncertainty. Similarly, a slow roll-out in Fed money market facilities has contributed to the widening.

As such, the recent improvement in global liquidity conditions is a mirage based solely on the tightening of one of the money market rates that goes into the calculation of cross-currency bases.* The basis swap of OIS measures, rather than Libor, illustrates how tight liquidity conditions still remain. The OIS/FXOIS basis is a more accurate representation of the cost of global dollar liquidity, and it is still fairly high despite a moderate correction. 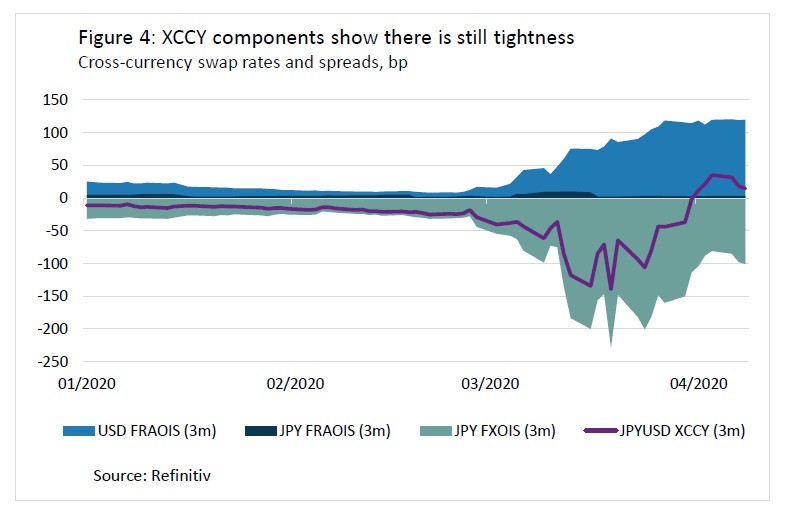 However, the status quo of a strong dollar, investment demand for US assets, and overwhelming liquidity injections is untenable and will have to break one way or another.

On the one hand, the Fed’s asset purchases have and will continue to blow the level of reserves in the US financial system out of the water. This has some correlation with the relative strength of the dollar, which generally weakens as the volume of quantitative easing rises. Further easing will only reinforce this. That being said, it will take some time for this liquidity effect to hit, if it does at all. Trade and tourism are unlikely to rebound to previous levels anytime soon, meaning that fewer dollars will change hands and the dollar could remain strong for a long time. 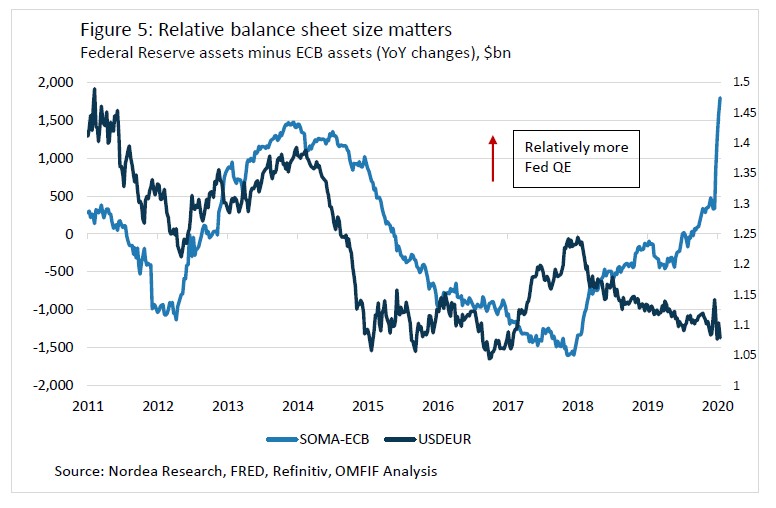 On the other hand, there are dollar-positive drivers that make a medium-term dollar weakening far from certain. The decline in Treasury custody holdings at the Fed suggests that reserves managers will have to rebalance their portfolios over the next few months. This means that there will be dollar buying and probably euro and yen selling, as investors seek to shift back towards their asset allocation benchmarks. The shift from intervention (selling) to rebalancing (buying) could drive strength in the dollar, potentially counterbalancing the foreign exchange effects of Fed policy.

In addition to this, changing conditions around dollar hedging costs will further complicate the picture. The decline in short-term interest rate differentials between the US and other economies – thanks to the Fed’s recent policy action – has brought dollar hedging costs to their lowest level in years. While cheaper hedging is a dollar-negative development, this could be counteracted by the fact that the cheaper hedging in itself will attract new buyers to US markets. In the years prior to the shock, Japanese investors had sought out euro-denominated assets in part because euro hedging costs were so low. If they return to US markets and then hedge, it is not clear how things would shake out for the greenback.

Potential further policy steps to ease tight funding conditions remain scarce. Circumstances are likely to improve as take-up of the FIMA repo facility rises, especially given its broader reach. But as the economist Brad Setser puts it, the facility doesn’t solve the problem of having too few reserves. Another interesting proposal suggests the Fed add foreign exchange swaps to its asset purchases – in effect, yield curve control on the foreign exchange-hedged yield of Treasuries. After all, the funding of US assets by foreign investors is fundamentally at stake, and offshore turbulence always spills onshore. Stabilising the offshore swaps market by serving as a foreign exchange swap dealer of last resort remains part of the toolkit for now.

The dollar’s medium-term future remains uncertain. Domestic policy developments are driving an illusory loosening of offshore financial conditions, but the reality of dollar liquidity remains tight. Investor flows are in an uncertain place – pension funds have delayed rebalancing, but it is unclear whether reserves managers will wait much, further boosting the dollar to the dismay of every global, dollar-payment supply chain. At the same time, hedging is cheaper, and the level of liquidity added should eventually result in a weaker dollar.

*Thanks to Twitter’s Ironfeliks for bringing this to my attention.