Why the Fed must do more 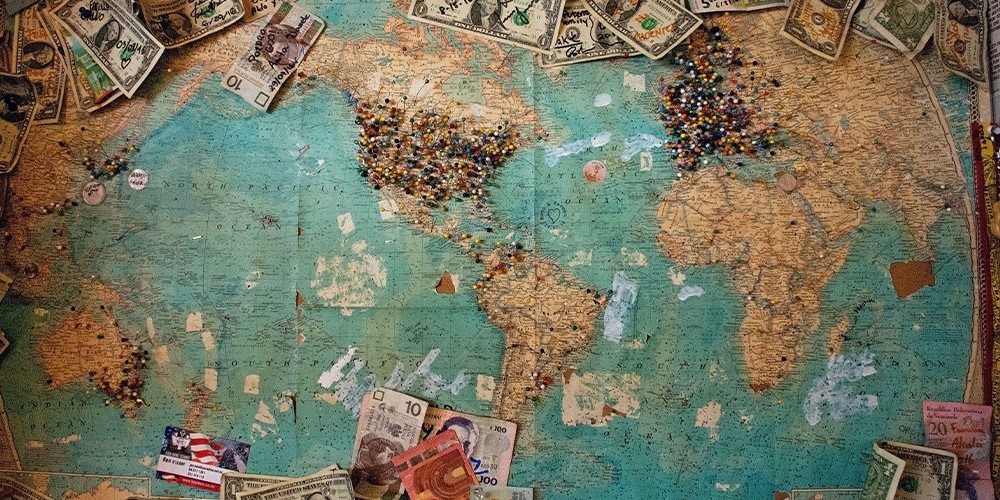 All segments of funding markets – secured, unsecured and foreign exchange swaps – show growing signs of stress. The Federal Reserve was right to step in with massive liquidity injections on Tuesday to allow approved dealers in government debt to borrow cash against stocks, municipal debt and some corporate bonds. It was also correct in announcing a start to buying commercial paper through a commercial paper funding facility last invoked in the 2008 crisis. However pricing on the CPFF should not be at the level of 200 basis points above the overnight indexed swap rate, but rather at OIS + 25, in line with the price on other facilities, in exchange for Treasury increasing the first loss buffer it commits to the facility.

Like in other countries, US banks are being asked to help the economy. Dollar funding markets are starting to feel the impact. As US banks increase their lending to the real economy, balance sheets will be consumed and capital risked. That will leave less room for market-making and arbitrage. Stresses in overnight repo markets tells us that market-making is suffering.

There is legitimate concern about four areas: liquidity in the certificates of deposit and commercial paper markets; the frequency with which the Fed plans to do swap line operations; the foreign exchange points where it’s active; and the funding needs of institutions and regions that aren’t embraced by the swap lines.

First, the initial shock to the CD and CP markets came from the equity market collapse and the flows it triggered. Cash started to flood back from securities lenders’ cash collateral reinvestment accounts to short sellers’ accounts. Given that lenders invest cash in the CD and CP markets and short sellers invest mostly in Treasury bills, these flows turned lenders into sellers of CD and CP, precisely when issuance from corporations and banks was picking up.

Outflows from prime money funds have been small to date but given stresses in funding markets and heightened risk aversion, prime funds could see more outflows soon. Such a rotation would further hurt demand for CD and CP, and will continue to pressure funding spreads.

The Fed relaunching the CPFF is a good step, but the pricing on the facility needs to be lowered for it to be effective.

Second, swap lines are now active, but the operational aspects need to be fine-tuned. Currently dollars are being offered weekly, but the foreign exchange swap market trades like they should be offered daily and at ultra-short tenors as well, similar to how the Fed lends in the repo market.

Third, the swap lines are open only for banks. The swap lines were originally designed to help the funding needs of banks during 2008; they work by the Fed lending dollars to other central banks which then lend it to banks.

But since the financial crisis, non-banks have eclipsed banks as the biggest borrowers in the foreign exchange swap market. A theme of the post-quantitative easing global financial order has been the secular growth of foreign exchange hedged fixed income and credit portfolios at non-bank institutions. Unless these non-bank entities get access to dollar auctions – from local central banks – foreign exchange swap spreads may remain wide if banks won’t serve as matched-book intermediaries.

There is a growing risk that such intermediation will fracture as the assets that foreign exchange swaps funds include not only Treasuries, but credit and collateralised loan obligations too. Credit quality is fast deteriorating across various sectors. That makes it riskier for dealers to fund some life insurers through foreign exchange swaps, just like it became riskier to fund some insurers during 2008.

Over the past five years balance sheet, and the availability of, reserves were the main drivers of spreads in the foreign exchange swap market. It’s time to think about credit risk creeping in to funding markets through the asset side of some portfolios funded through foreign exchange swaps.

Fourth, the geographic reach of the swap lines is too narrow. The Fed has swap lines only with the Bank of Canada, the Bank of England, the Bank of Japan, the European Central Banks and the Swiss National Bank. The 2008 crisis hit banks mostly in these jurisdictions.

But the breadth of the current crisis is wider. Every country is struggling to get dollars. The needs of Sweden, Norway, Denmark, Hong Kong, Singapore, South Korea, Taiwan, Australia, Brazil and Mexico are striking. Scandinavian countries, as with Japan, have large dollar needs due to institutional investors’ hedging needs. Only Norway has large foreign reserves to tap. Mexico is dealing with a terms of trade shock due to the collapse of oil prices. Southeast Asian countries that serve as banking centres need dollars to clear payments. Countries like South Korea and Taiwan have life insurers with meaningful hedging needs. The Fed’s dollar swap lines need to go global.

To combat these issues central banks must backstop not only the banks at the core of the financial system, but also markets and non-banks. The market backstops should include the CD and CP markets where a buyer of last resort is needed as the structural buyers of paper are losing cash fast. The backstop of the foreign exchange swap market should include daily operations. The dealers of last resort, the central banks of the swap network, should offer dollar liquidity round the clock.

Finally, dealers of last resort should trade with anyone with an International Swaps and Derivatives Association membership, as primary dealers do. Broader access to dollar auctions for non-banks like life insurers and asset managers needs to be offered by the Fed and other central banks.

Providing credit to the local economy will increase the demand on banks’ balance sheets. While it’s too much to ask central banks to lend to the real economy, they must become more active in making markets as banks free up balance sheet space for lending more. Now it’s time for the Fed must act globally. What is at stake here is the funding of US assets.

The US watched, but did not feel, the funding impact of banks in other countries as they were asked to help their economies. Now that US banks are asked to help the economy, dollar funding markets are starting to feel the impact. When the US sneezes, the world catches a cold.

Zoltan Pozsar is Managing Director, Global Strategy and Economist at Credit Suisse in New York. This is an updated version of  ‘Global Money Notes #28: Lombard Street and Pandemics’ published on 17 March 2020.