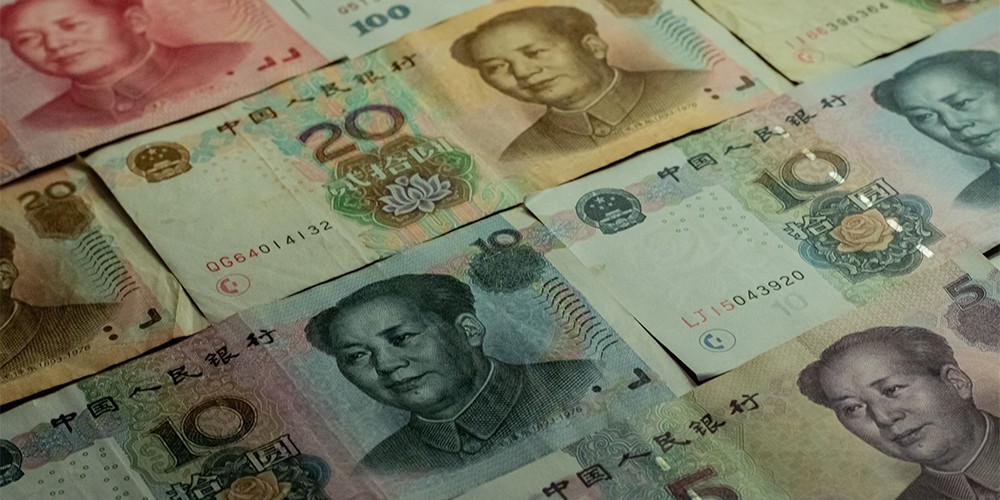 'New financial technologies are giving countries like China a once in a lifetime opportunity.'

This is the second part of one of a series of interviews with Chinese monetary and geopolitical experts conducted by Willem Middelkoop, founder of the Netherlands-based Commodity Discovery Fund and member of the OMFIF advisers network. The first half can be read here.

Ben Shenglin started his career in 1994 with ABN AMRO. After being based in Beijing, London and Shanghai he moved to HSBC for 5 years and later to JP Morgan. His international banking experience covers export credit finance, structured finance, bond markets, global trade transactions and financings.

His PhD was originally on exchange rates economics. He eventually focused his PhD dissertation on financial development and the liberalisation of financial systems in emerging markets. He is a director of the International Monetary Institute.

Willem Middelkoop: The current dollar system is in in its final phase; what do you expect in the future?

Ben Shenglin: That’s one of my favorite topics actually. If you look at the evolution of the global financial power houses, you see the Dutch , some 400 years ago, leading the world. They had the first stock exchange and the first central bank. The British took over, followed by the US in the 1940s. US GDP was already larger than Britain’s around 1890, but it took another 50 years for the US to become the global financial leader, reflecting the decoupling between the real economy and the financial world to a certain extent ..

Technology will reshape the global financial system. New financial technologies are giving countries like China a once in a lifetime opportunity to surpass the developed world in technology-driven financial innovation, because countries like the US tend to be more resistant to change. But less developed countries, like India and Nigeria, as well as China, are willing to take risk using new technologies.

WM: So, this will help China to become a more important player within in the international financial system?

BS: Gradually, yes. Our team does research in the field of the fintech-hub-index, to see which cities are becoming more important. Many Chinese cities are reported to be leading now.

WM: Speaking about the decline of a US-centred system, does the world need a new Bretton Woods?

BS: With Brexit and ‘America first’ it will be difficult to get a new Bretton Woods now. Many countries are against globalisation. In 1944 the US could dominate, everybody was listening to them, but now it’s a little trickier. Many countries now ask why they should come to the US’s party. The current mood is negative, although there is a need for positivity. I hope people can come together, but I don’t see too many helpful developments over the next couple of years with the coming election in the US.

WM: What is China’s goal for the renminbi?

BS: It is very simple. When we travel, we see that our own currency, the renminbi, is not convertible. We are at the first stage of internationalisation. The renminbi should be like the pound. We have been talking about this for ten years but aren’t making enough progress. There are too many other priorities for us.

WM: So, it could take a few more decades?

BS: For a country like China, with a history of 5,000 years, a few decades are relatively short. By 2050 the renminbi will be used more. Its usage could potentially grow from 2% to 15% of all financial transactions.

WM: Could the renminbi become the new world reserve currency?

BS: I do not think so. The international financial system is being reshaped. Look at what happened to the pound and dollar. It’s dangerous to connect the world economy to one currency. It is risky because it is too much responsibility for one country. The US did its best in the first 20 years after the second world war. But when the Asian tigers became stronger, the US dollar became less reliable for the larger world economy.

WM: After the closing of the gold window, in 1971, the imbalances in the international financial system have grown a lot.

BS: The US economy is 20% of the world economy and the dollar represents 60% of global trade and reserves. The policy maker for the US dollar is the Federal Reserve. We have been sucked into the American ecosystem without a real representation and hence are vulnerable to the dollar’s dominance.

WM: Why have many Asian countries recently stopped buying US treasuries?

BS: If the US was a responsible actor and looking after the smaller economies in a good way, we could all be happy. But nowadays the US is not acting in a responsible way. As the big brother, the US is kicking Russia out from the financial system, leaving it to its own.

WM: When US is using the dollar as a financial weapon it is hurting itself, Mr. Putin recently said.

BS: In the short run the US is hurting other countries more, but in the long run it is hurting the US dollar’s position as a global currency. That is more worrisome. The US has such a unique advantage. It is not easy to replace. But this dollar system is not sustainable.

WM: Could that lead to a US debt restructuring one day?

BS: Yes, probably. There could be a need for a debt restructuring. I don’t think this will happen in the short term, because the implications would be enormous. You need better cooperation internationally to resolve this. I doubt that the dollar is that stable or reliable in the long term.

This interview was conducted before the current coronavirus crisis.