The world’s largest sovereign fund, Norway’s $1tn Government Pension Fund Global, will soon be able to invest in unlisted renewable energy infrastructure. The Norwegian parliament has initially allocated $13bn for this purpose, or around 1.3% of the Fund’s capital. There has been vigorous debate in Norway over whether to use the GPFG’s capital more actively for climate-related purposes, or continue to focus predominantly on returns.

These two objectives are not necessarily contradictory. For GPFG’s new infrastructure investments to have a significant climate impact, Norges Bank Investment Management, which manages the GPFG, will need to direct a sizeable share of investments to new or ‘greenfield’ projects.

The supply of greenfield infrastructure projects is inelastic, with increased demand for existing ‘brownfield’ infrastructure having only limited effect on the supply of new projects. Most investors prefer existing infrastructure, which already generates revenue, rather than investing in project development and construction, which is riskier.

Due to the higher prices of brownfield infrastructure, investors are finding it challenging to achieve a competitive return on investment. Some investors, including Canadian and Danish pension funds, have chosen to invest more in greenfield projects. Among sovereign funds, Abu Dhabi’s Mubadala Investment Corporation, through its subsidiary Masdar, invests significantly in greenfield clean energy infrastructure internationally.

The skill-intensive nature of greenfield investments means only experienced institutional investors have been able to go down this route. Greenfield investment calls for engineers as well as financiers, and investors need to maintain local on-site presence to follow projects. This differs from investing in listed equities, fixed-income instruments, and real estate, which has been NBIM’s strategy until now. For an investor with NBIM’s resources, however, acquiring new capabilities should not be an issue.

One option would be for NBIM to buy a project development company with well-established credentials in clean energy, and then develop this company according to NBIM’s own priorities – the ‘Masdar model’.

Another possibility would be to establish a joint greenfield-focused investment platform or fund management company with pension funds that have relevant experience. NBIM need look no further than to Denmark for a relevant example. The Danish pensions industry played a central role in establishing Copenhagen Infrastructure Partners and in the capitalisation of its funds. CIP, which has $7.8bn under management, has strengthened the Scandinavian pension industry’s ability to access greenfield opportunities. NBIM could also build its own infrastructure team from the ground up, by recruiting engineers from major international construction and engineering firms, as well as finance professionals with experience in infrastructure and renewable energy.

Several reports on NBIM’s new infrastructure mandate have argued that infrastructure investment can be highly profitable for institutional investors, with returns as high as 12%-15%. NBIM has, since it was established, generated average annual pre-inflation, pre-cost returns of 5.9%. For NBIM, the primary trade-off is not climate versus returns, but rather climate objectives versus risk tolerance – while considering the Fund’s ability to bear such risk by building specialised capability. The question for Norwegian policy-makers is whether a somewhat higher level of risk, applying to a limited share of the Fund’s overall capital, is acceptable in exchange for higher climate impact.

Finally, if Norway wishes to strengthen the GPFG’s climate impact, it could sign the fund up to the Net-Zero Asset Owner Alliance, launched at the UN Climate Summit in September 2019. Among sovereign funds, NBIM is already a global leader on climate-related engagement with portfolio companies. Norway has also been a driving force for the One Planet initiative for sovereign funds, which seeks better management of climate risk.

The Net-Zero Asset Owner Alliance already counts the world’s largest insurance companies and a number of major pension funds among its members. GPFG membership would mean committing to a specific climate target, since members pledge to reduce net greenhouse gas emissions to zero by 2050. Signing up to the Alliance would send an important signal to other sovereign funds that might be considering joining.

Håvard Halland is a senior economist at the Organisation for Economic Co-operation and Development Development Centre. The views expressed in this article are the author’s own, and do not necessarily represent the OECD. 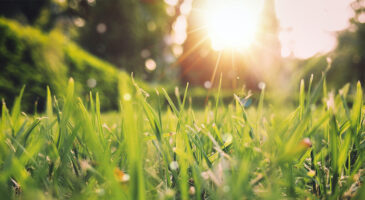 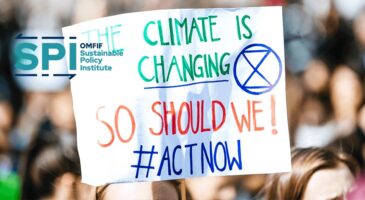 In conversation with Kevin Stiroh: The role of the Federal Reserve in mitigating climate related financial risk 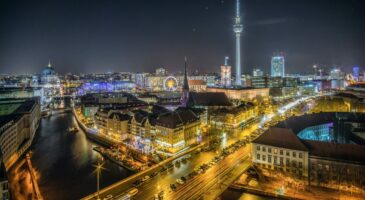