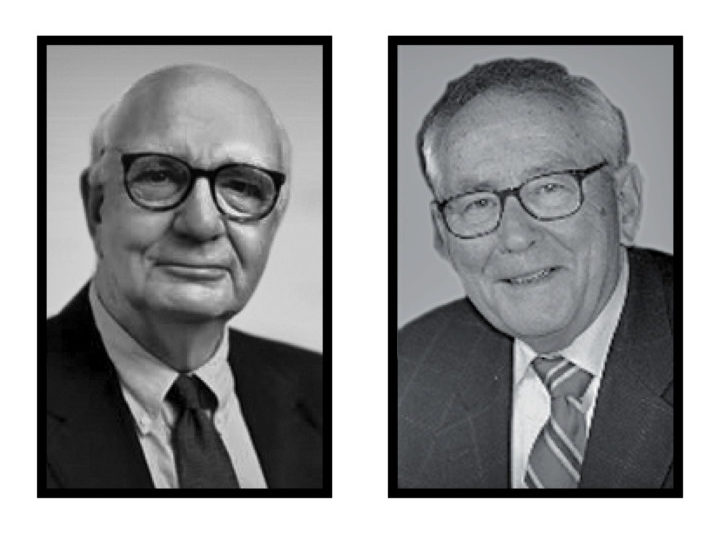 United by obstinacy and public commitment

Paul Volcker and Wilhelm Nölling were independent central bankers and economists from two sides of the Atlantic, united by benevolent obstinacy, curmudgeonly good humour and staunch commitment to public service.

Volcker, chairman of the Federal Reserve in 1979-87, who died aged 92 on 8 December in New York, became a byword around the world for steely resolve to combat inflation, thriftless governments and the reckless waywardness of commercial bankers. He maintained a deep interest in fighting financial risk-taking and promoting government responsibility long after he retired from the mainstream. A favourite Volcker aphorism was that the only useful banking innovation was the invention of the ATM. He chaired President Barack Obama’s Economic Recovery advisory board in 2009-11. In 2013 he set up the Volcker Alliance to improve public policy action and bolster fading trust in governments.

Nölling, president of the Land central bank of Hamburg and member of the Bundesbank council in 1982-92, died at 86 in Hamburg on 21 November. A former finance senator (minister) of his beloved Hamburg, and member of the Social Democratic Party since his youth, he became well known in Germany as one of the ‘gang of four’ economics professors who filed unsuccessful constitutional lawsuits over two decades against introducing and developing the euro.

Volcker, part of secret consultations over President Richard Nixon’s severing of the dollar’s tie to gold in August 1971, cultivated an aloof flair stemming from his legendary height (6ft 7inches), refusal to invest in new suits and love of fly-fishing (a hobby Alan Greenspan, his successor as Fed chairman, never came close to understanding).

Volcker delivered the first OMFIF ‘golden series’ lecture commemorating the 40th anniversary of that landmark event in London July 2011. He was ably assisted by his wife Anke, his long-serving assistant whom he married in 2010 (his first wife Barbara died in 1998), who insisted on fastening two microphones to offset his famously head-swivelling speech delivery.

Nölling was the oldest member of the OMFIF advisory board. He visited Edinburgh in 2014 shortly before the Scottish independence referendum, arguing in a public lecture against the illogical belief that Scotland could leave the UK but keep sterling – countering centuries of experience of monetary unions. He was nurtured continuously by his devoted wife of 61 years, Maria. They lived in a farmyard-like residence north east of Hamburg amid diverse grandchildren, a motley herd of sheep, and a notorious pot-bellied pig.

Volcker, who grew up in New Jersey in a family of German immigrants, maintained a keen interest in Germany, developing a friendship in the 1970s with Otmar Emminger, the frequently obdurate Bundesbank international director and later president. He got to know well the mercurial Karl Otto Pöhl, Emminger’s successor as Bundesbank chief, when they both served as senior officials for international affairs at the US Treasury and German finance ministry in the early 1970s. Nölling, too, with a common bond to German Finance Minister and later Chancellor Helmut Schmidt, developed a close link to Pöhl. Their friendship was greatly strained by Nölling’s antipathy to German government policies over reunification and European monetary union when serving under Pöhl on the Bundesbank council – one of the reasons for Pöhl’s seemingly abrupt (but in fact long-considered) resignation in 1991.

Volcker played an important though indirect role in German political developments 40 years ago. On a rapid European trip at end-September 1979, Schmidt and Emminger delivered Volcker a rasping proposal for dollar-supporting austerity measures during a stop-over in Hamburg. Immediately afterwards, Volcker attended the annual meeting of the International Monetary Fund in Belgrade. He had already made up his mind. Back in Washington after leaving the IMF gathering early, Volcker called a secret meeting of Fed decision-makers to decide a fundamental inflation-busting shift towards much higher interest rates. Volcker’s action weakened the US economy, sending the dollar higher and the Deutsche Mark tumbling over the next two years – leading to the political demise of President Jimmy Carter in 1980 and (indirectly) Chancellor Schmidt in 1982.

Nölling, too, was no stranger to political muscle-flexing. In 1991 he summed up the post-reunification monetary debate: ‘The controversy over the new European monetary order is about power, influence and the pursuit of national interests.’ In 1993, he correctly forecast that monetary union would polarise Europe and indirectly strengthen Germany: ‘It is quite conceivable that the stronger countries will become even stronger and increase their share of Community markets.’

In recent years Volcker attended several OMFIF meetings on the euro. A strong supporter of European integration, shortly after the currency’s 10th birthday in 2009, he wrote: ‘For all its past success and future promise, the European currency is still a work in process. Europe will need to choose whether it will sustain progress toward a more integrated European economy. The way this is settled will have implications for the dollar, for Asian currencies and the monetary relationships among them, and for the international monetary system as a whole.’

Both Nölling and Volcker believed in asking the big questions. As they leave the scene, the world is still waiting for answers.