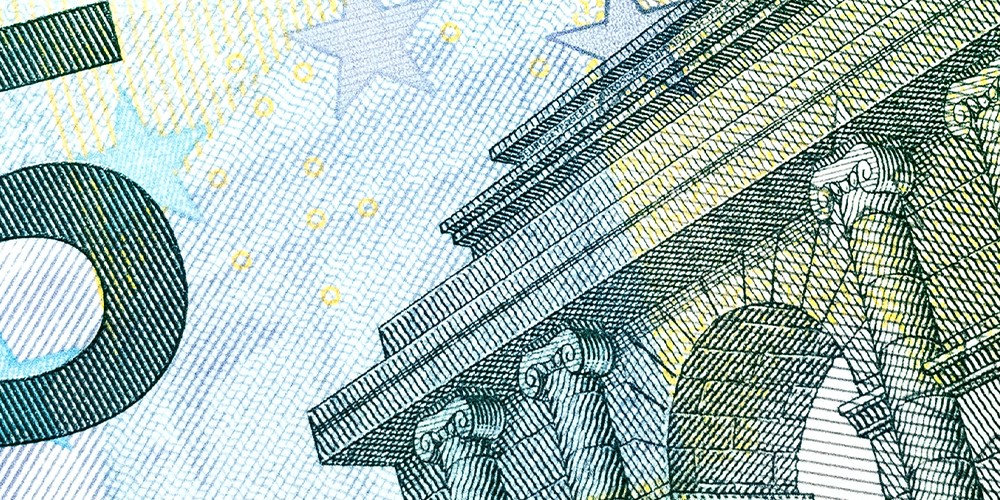 The Bank for International Settlements points out in its most recent quarterly review that euro-denominated debt issuance is continuing vigorously. This trend in global funding markets may be here to stay.

Euro-denominated securities issued in the second quarter of 2019 exceeded $75bn – higher than total dollar issuance over the same period – adding to the more than $85bn issued in the first quarter. This was concentrated overwhelmingly in non-bank financial institutions and non-financial corporations; banks have mostly shied away from euro issuance. Among banks more than among other institutions, dollar-denominated issuance has been declining steeply. 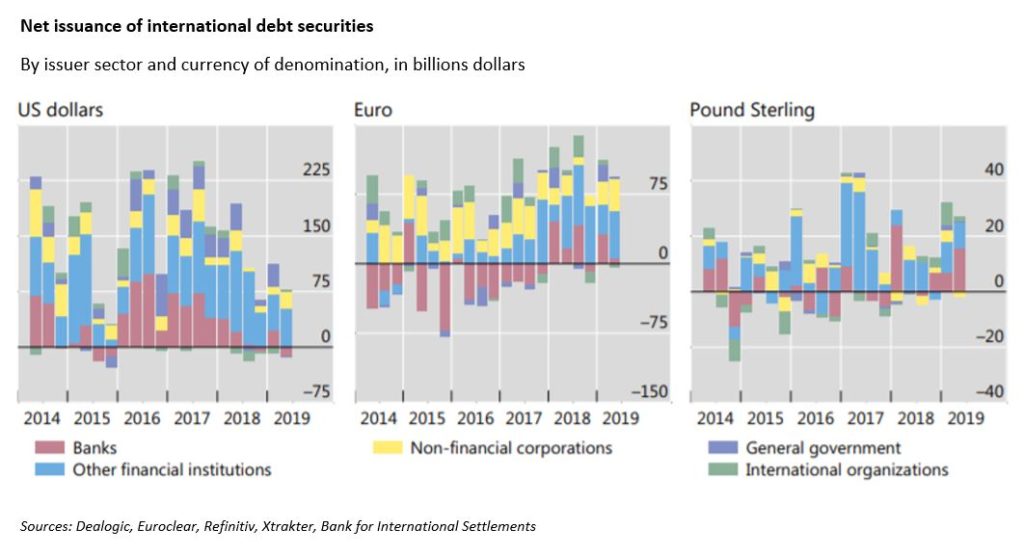 September was a record month for corporate debt issuance. According to JPMorgan, the first week of September saw €23bn worth of investment-grade, euro-denominated debt issuance. Issuers in 2019 have included Coca Cola, Colgate, IBM and US conglomerate Danaher. Each has engaged in so-called ‘reverse Yankee’ bond issuance, wherein a US-domiciled company issues debt in euros.

Nevertheless, the share of total debt securities outstanding globally is still overwhelmingly concentrated in dollars, per the BIS. The share of total outstanding dollar debt has been rising, while the euro share has remained somewhat flat. However, the BIS’s measure includes both domestically- and internationally-issued securities; among the latter, the euro has become particularly significant. International debt securities are those issued either in a foreign market or in a local market but denominated in a foreign currency. These make up around 30% of the global debt market. And in this crucial portion of the international financial system, the euro is growing in popularity and prominence. Several factors help to explain this trend.

First, US tax reform in 2017 altered significantly the funding picture for US multinationals’ foreign operations. US companies took advantage of a one-time reduction in the tax level on foreign profits to repatriate a share of this cash held abroad. In 2018, this amounted to more than $500bn in repatriated liquidity, resulting in a decline in the earnings available to finance foreign operations. The sudden burst in euro-denominated issuance can be read in this light: large multinationals need funding in Europe, and are using debt to fill this gap.

Second, the continued, international low-yield environment has contributed to a large extent to the move towards ‘reverse Yankees’. Europe is an extraordinarily cheap funding market: earlier this year, French telecommunications company Orange (which has a triple-B credit rating) was able to borrow €750m at negative yields over a seven-year period. The spread between dollar- compared to euro- and yen-based funding rates is remarkably wide and has made foreign currency funding appealing for US-based issuers. 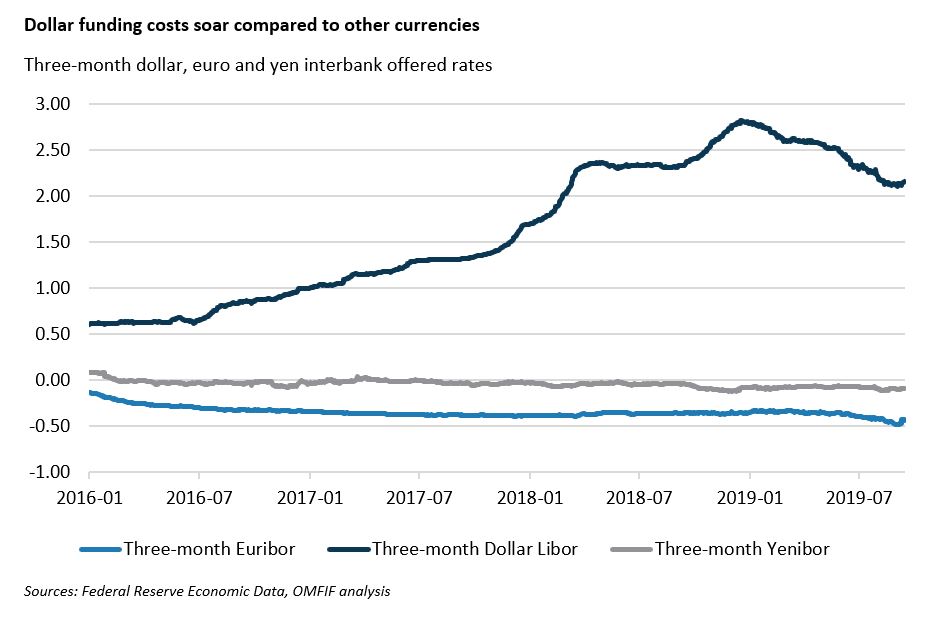 As such, foreign euro-denominated debt issuance is an attractive proposition. Additionally, the euro cross-currency basis – the additional cost required to convert euro-denominated bond proceeds back into dollars – has experienced pressure since 2018. This means that, for US multinationals looking to raise cheap funding, one of the best options available is to issue euro-based debt and hedge this back into their domestic currency, which is far cheaper than issuing domestically.

Finally, US sanctions on major Eurasian economies have promoted the use of euro-based funding. While primary sanctions had a limited impact when initially imposed, the growing threat of secondary sanctions has put some firms at risk of losing access to dollar funding markets. This is reflected in the identity of the issuers: Russian companies have been tapping euro funding markets for the first time since the early 2010s, though they continue to issue dollar-based debt as well. The governments of Kazakhstan and Ukraine have also accessed this market to an unprecedented degree, with portfolio managers citing ancillary consequences of US debt sanctions on Russia as a key cause.

These variables have made euro-denominated debt a popular funding source this year. The repercussions for the global currency system may be longer lasting.

The denomination of external debt payments is one of the key elements determining the currency composition of central banks’ foreign reserves. If the share of companies with euro liabilities continues to rise, it will make sense for monetary authorities to hold euros to cover any future euro liquidity needs. Similarly, these companies may increasingly use the euro as an invoicing currency, given their liability structure, another factor which may influence the composition of monetary reserves.

This will depend largely on whether the euro-denominated issuance highlighted above trickles through to the invoicing of trade and investment. In any case, funding markets appear to be creeping slowly towards greater currency diversification. As highlighted in a recent OMFIF report, if this trend holds up, it may complicate the long-term stability of the global economy. 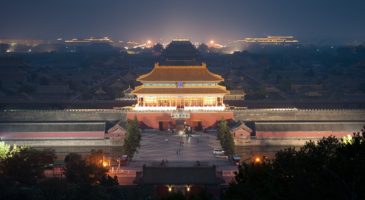 Synopsis: Why the ECB should keep its monetary pillar, 2020 predictions, and more 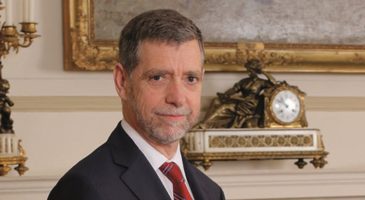 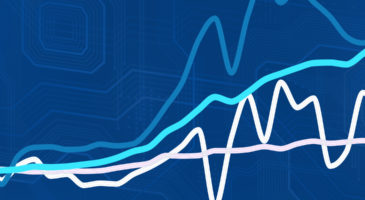