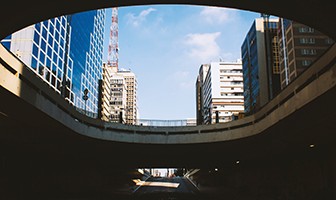 Judging by its recent World Economic Outlook report, the International Monetary Fund is pinning its hopes for a much-needed boost to the stagnating world economy on an emerging market rebound in the second half of 2019. There are at least two reasons to believe the Fund’s optimism in these markets’ economic prospects is misplaced.

The first is that the IMF has the unrealistic expectation of an early resolution of the Argentine and Turkish currency crises. The peso and lira have declined by around 50% and 33%, respectively, over the past year.

An early end to Argentina’s problems is highly improbable ahead of its October presidential election. That ballot could see the return of the gross economic mismanagement of former President Cristina Fernández de Kirchner’s administration. The likelihood of this happening increases with each passing day in the light of a deepening economic recession and acceleration in inflation to 50%. These forces are causing President Mauricio Macri’s popularity at the opinion polls to plummet, and his ruling coalition already suffered a critical defeat in regional elections earlier in May.

The Turkish currency crisis seems equally unlikely to abate in the near term, unless Ankara were to restore its economic policy credibility by approaching the IMF for financial support. That seems improbable so long as Turkey remains at loggerheads with the US, whose political support would be needed to unlock Fund resources. President Recep Tayyip Erdoğan’s rants against interest rate increases and budget belt-tightening to help stabilise the currency are similarly damaging.

Gathering economic storm clouds over Brazil are another reason to doubt the IMF’s emerging market optimism. That country is of even greater concern than either Argentina or Turkey, as its $2tn-economy is approximately double the combined size of those two states.

The first 100 days of President Jair Bolsonaro’s administration are dashing earlier investor hopes that Brazil would at last reform its economy in general and its pension system in particular. The divisive Bolsonaro does not seem to grasp the desperate need for coalition building in Brazil’s unruly 30-party congress – his own party holds only 10% of the seats.

Brazil’s public finances are on an unsustainable path. With a general government deficit exceeding 7% of GDP, the IMF estimates Brazil’s public debt is on track to reach almost 100% of GDP by 2024. As such, and in addition to pension reform, the budget benefits of which would be reaped in the long term, Brazil needs immediate fiscal adjustment if it is to reduce its vulnerability to less benign global financial market conditions than presently prevail. That too requires a more conciliatory and inclusive Bolsonaro than is presently on view.

For global policy-makers to pin their hopes for a world economic revival on an early emerging market rebound appears misguided. The condition of those markets also underlines the urgency for an early resolution of the US-China trade dispute, as well as the ill-advisedness of President Donald Trump’s administration considering opening another front in the world trade war by pursuing proposed import tariffs on European and Japanese automobiles. It seems the IMF will need to look elsewhere for an answer to the global economic malaise, and may be left wanting.