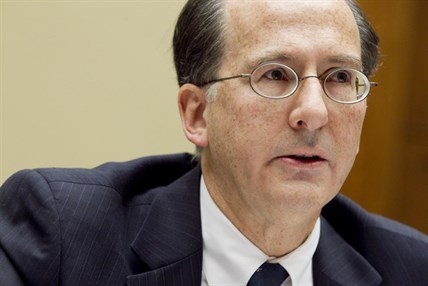 OMFIF is strengthening its US operations by appointing Mark Sobel, a veteran US Treasury official at the forefront of international financial diplomacy for two decades, as US chairman.

Sobel, who represented the US on the International Monetary Fund executive board up to April, has had a 40-year Treasury career with extensive around-the-world engagement. He will work with OMFIF in dealings with private and public sector organisations, speak regularly on international and US policy, and provide OMFIF members with insight and analysis.

Sobel was Treasury deputy assistant secretary for international monetary and financial policy between 2000-15. He helped lead Treasury preparations for G7 and G20 finance minister and central bank governor meetings, formulated US positions at the IMF, and coordinated Treasury and regulatory agencies’ work on the Financial Stability Board.

Jack Lew, US Treasury secretary between 2013-17, said: ‘For decades Mark Sobel played a crucial role representing the US on international financial matters. His contributions to the G20 process helped chart a recovery from the financial crisis and great recession, and his engagement on issues ranging from financial regulation to exchange rate management and free trade strengthened international economic co-operation and stability. Representing the US at the IMF he continued that work.’

In a separate step, Philip Middleton, a former partner for central banking activities at professional services firm EY, becomes OMFIF’s deputy chairman alongside Chairman David Marsh. Middleton, a commissioner on the Guernsey Financial Services Commission, joined the OMFIF management board in January. Middleton’s enhanced duties will focus on the UK and continental Europe.