Japan and Europe: Lessons in monetary and fiscal policy 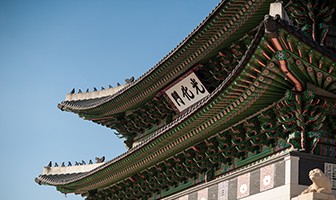 On 19 September, OMFIF hosted a symposium in New York on the ‘Japan and Europe: Lessons in monetary and fiscal policies’. A distinguished set of speakers examined so-called ‘Japanification’ – a situation characterised by low growth, low inflation, low interest rates, and low volatility – and its applicability across the major advanced economies.

The session opened with an excellent and comprehensive discussion of the current economic and financial situation in the euro area and the European Central Bank’s recent monetary policy decisions. In particular, euro area growth has been marked down. Further, the persistence of low inflation, well below the ECB’s target, and its probable continuation were an important backdrop to the easing decisions, including a shift from data to state-contingent forward guidance.

Japan’s economic situation was also thoroughly explored. Speakers looked at declining productivity growth in recent decades, falling interest rates, the state of the banking system, and the persistence of low inflation despite the Bank of Japan’s strongest efforts.

The discussion revealed many common and diverse perspectives.

One speaker observed that Japan, Europe and the US were facing some similar challenges – declining productivity and potential growth, low interest rates, low inflation, the legacy of the financial crisis, and an overburdening and exhausting of monetary policy.

Europe was seen as in many ways similar to Japan’s economic and financial situation, but in others quite different. Of course, Japan is a fiscal and monetary union, while the euro area is only a monetary union. The euro area had large internal imbalances and fiscal policy was not playing its proper role in supporting monetary policy, which were major factors in the present woes. Credit growth in Europe was picking up, while in Japan it was low, reflecting low demand.

The US was seen as much farther away from ‘Japanification’ – growth and inflation were elevated relative to Europe and Japan, the Fed had acted more decisively since the 2008 financial crisis and was meeting its mandate, US interest rates are higher, and the US financial system is in much stronger shape. Again, though, it was observed the US also faced similar issues. Further, the US could not be complacent, because a recession could quickly push official rates toward zero. The Federal Reserve’s strategic review should be looking precisely at these types of issues.

Could the euro area avoid Japanification? Speakers emphasised the need for greater use of fiscal policy, especially where space was available; moving forward on structural policy; and promoting a ‘more perfect’ European Union with advancement of banking and capital markets union as well as a centralised fiscal capacity. Intra-European debates about risk sharing and reduction were noted as an impediment to further European measures.

The symposium also addressed debates around proposals for more aggressive fiscal/monetary coordination, let alone ‘helicopter money’. Some attendees felt that monetary policy, even if less effective at or closer to the zero bound, still had some room for manoeuvre – although they maintained it was getting harder. They were sceptical that monetary policy had reached a ‘reversal rate’. Fiscal policy also could still play a role, and one discussant observed that perhaps it was time to re-evaluate thinking about fiscal space. Proposals for aggressive coordination also were seen as facing legal and political constraints.

Questions were raised about negative interest rates unfairly squeezing bank net interest margins and harming banks’ profitability, thus weakening the banking system. Discussants pushed back on this idea. They felt the positive effects of monetary policy still outweighed the negative. Credit growth is expanding in the euro area. Even if European banks still faced shortcomings, bank capital was stronger and the compression of net interest margins was more than being compensated for elsewhere on bank balance sheets, including through a reduction in loan losses, lower loss provisions, and improved credit quality.

The discussion was lively and fascinating. OMFIF thanks the discussants and participants for making for such an engaging and well attended event.

Mark Sobel is US Chairman of OMFIF. For more information regarding future OMFIF meetings, email enquiries@omfif.org.