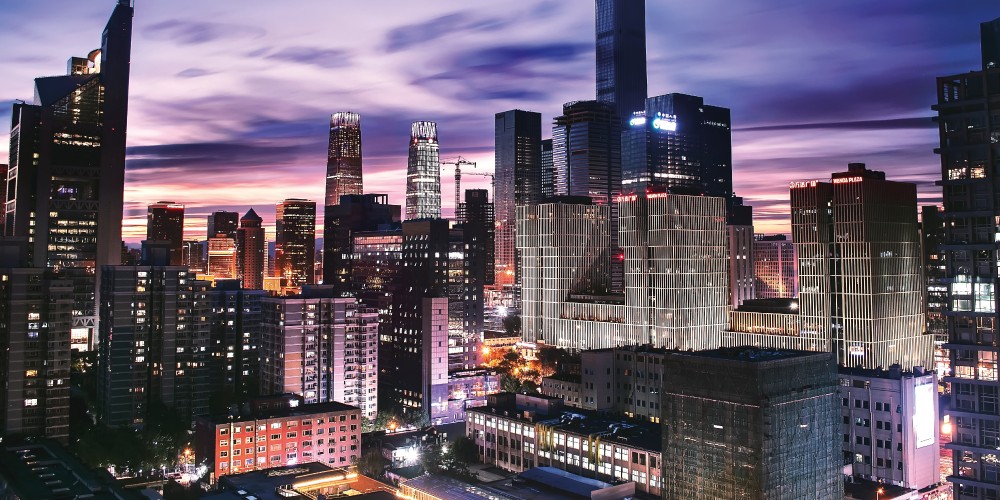 Liu Xiaoming, Chinese ambassador to the UK, a smooth and seasoned diplomat, remained almost unruffled by a pacey set of questions on the prickly issues bedevilling relations between his country and factions of the western alliance. Dishing out courtship and mild chastisement in equal measure in a video call on 15 July, Liu stepped through questions from David Marsh, OMFIF chairman, and others on Huawei, Hong Kong, Taiwan and world trading relationships with well-rehearsed aplomb.

He chose to needle the UK on its apparent subservience to US policy on the Chinese telecoms giant, rather than threaten to hand out serious but unspecified punishment, as he had done previously. For all its renewed assertiveness, China still seems to have eyes on useful relations with European countries, even when they step out of line with Beijing policies.

Nor is that a surprise. As each other’s second largest trading partner, accounting for a combined one-third of the world economy, the ambassador emphasised for China and Europe the importance of ‘enhanced strategic dialogue’ to tackle global deficits on health, growth, peace, and governance.

In a wide-ranging speech, Liu covered areas of shared concern to the European Union and China including climate change, the role of international organisations and multilateralism. He stressed that the relationship between the EU and China would thrive and succeed if there was mutual trust and respect. However, ‘European politicians’ had been making ‘irresponsible comments’ on the new Hong Kong security law.

Charles Grant, director of the Centre for European Reform, teaming up with OMFIF for the video gathering, termed relations between European countries and the Chinese the worst for at least 20 years. Many European politicians did not regard China as taking the relationship with the EU particularly seriously. There were many ‘warm diplomatic words’, but little to show for it.

From among the roughly 100 China watchers and business specialists on the call, the ambassador faced questions about whether China might have done more to bring the UK and the EU closer to China by being less aggressive on the international stage.

Liu was adamant that China had not changed, that China had no reason to ‘rock the boat’, but that other countries had altered their stance. The ambassador saw President Donald Trump’s language, including remarks such as ‘the China virus’, and generally aggressive diplomacy, as triggering the deterioration in relations.

Liu believes this is part of a wider ‘cold war’ mentality of the west regarding China as a systemic rival. He calls for ‘objectivity when looking at China.’ As to Beijing being an initiator of conflict, the Chinese government has been ‘responding’ to a series of international threats stemming from calls for the US to ‘liberate Hong Kong’ and ‘free Taiwan’. He cautioned: ‘These things make us very worried’

‘China’s priority is national rejuvenation. It is important that China and Europe facilitate each other’s success.’ Europe should adopt a different mindset towards China, one which understands that ‘China’s development creates opportunities rather than challenges.’ He left open the door to a continued ‘golden era’ of relations with the UK – which he recalled the British had initiated.

He expressed openness for more robust global governance through the World Trade Organisation and the World Health Organisation. He suggested that WHO inspectors should be allowed to visit sites in China linked to the alleged origins of the coronavirus, if such arrangements were reciprocated with all countries with lessons to learn from the pandemic.

As to the post-2027 ban on Huawei in Britain’s 5G network, announced on 14 July, the ambassador said this move has ‘seriously damaged’ trust between the two countries. For a company that has ‘invested £2bn in the UK, creating 28,000 jobs…it is not only disappointing, it’s disheartening.’

For Beijing, ‘Huawei is not only about [one] private company … it symbolises how you treat China.’ This ‘undermining of trust spills over to business. We do not want to see economic relations politicised.’

As the UK completes its departure from the EU, China wants the UK to make the correct choice of allies, including the US and Europe. ‘We are just asking you to take the right side of the argument. Britain can only be Great Britain when it has an independent foreign policy.’ Pointed thrusts from a velvet gauntlet, delivered with a dose of conciliation.