Mahbubani: US and China must put tensions on hold 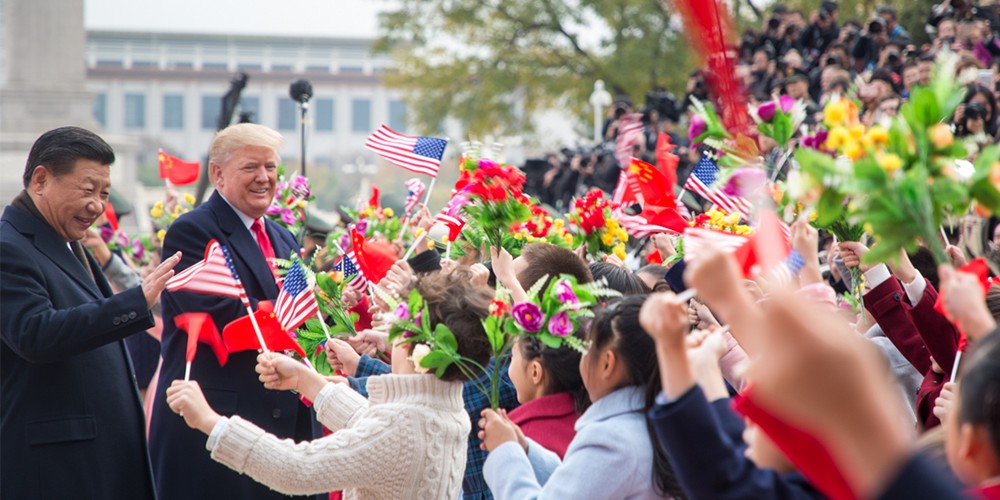 No country can solve crisis on its own

From co-operation to competition and the coronavirus outbreak, the US-China relationship has been complicated. Kishore Mahbubani*, distinguished fellow at the Asia Research Institute, professor at the National University of Singapore and a former Singaporean diplomat, joins David Marsh, chairman of OMFIF. They discuss US-China tension, how each side is responding to financial shocks, and the pandemic’s impact on the global economy.

Listen to the discussion here, or read the transcript below:

David Marsh: Welcome to the call, Kishore. What will this crisis do for China’s standing in the world?

Kishore Mahbubani: After its initial missteps China recovered. By contrast Europe and the US seemed to be quite unprepared. In terms of the public service agencies, China has performed very well. Public service agencies in Europe and the US, which have been relatively neglected or in the case of US underfunded, struggled to cope. We are in the middle of the storm. We have to wait for it to finish before we can judge which ships get wrecked and which survive.

DM: What does this say about the western model of capitalism? In many countries, there will now be much more state intervention in the economy.

KM: There’s nothing fundamentally wrong with the model of capitalism. But the Reagan-Thatcher revolution was carried too far as a result of Ronald Reagan’s famous statement: ‘Government is not the solution. Government is the problem.’ The US has been underfunding government agencies, closing some of them and essentially not treating them with respect. As an example, the US Federal Aviation Administration used to be very highly regarded. But it lost a lot of its credibility when it couldn’t handle the Boeing 737 episode. And the Food and Drug Administration hasn’t done very well either.

DM: What about international co-operation? The spirit of the Pittsburgh summit of 2009 is absent. Is there any role at all for the G20?

KM: There is definitely a role for the G20. In 2008-09 the crisis hit the US. China could have sat back and gloated. In fact, China did the opposite and said, ‘This a global crisis. If the global economy goes down, we will go down.’ As a consequence, China stepped up to the plate. There was reasonable trust and confidence between the US and China at that time. US-China relations have deteriorated in the last 10 years, especially in the last three years under the Trump administration. As I explain in my book, Has China Won?, Trump has somewhat unwisely launched a major geopolitical contest against China, without first working out a clear long-term strategy. Covid-19 is a common problem affecting the whole world. The US should put the geopolitical contest with China on hold. I would even advise that the US unilaterally lift all the tariff measures against China and work with China on containing the outbreak and its consequences, for example by working with Chinese scientists and Chinese suppliers to solve this immediate problem.

DM: What does this mean for the US elections?

KM: It depends on whether US decisions are determined by the president’s short-term electoral considerations or by long-term strategic calculations. Unfortunately, it will probably be electoral considerations. If Trump’s approval ratings – now, surprisingly, going up – start going down, it would be easy for him to start beating up China again. That would be bad for the US and China – and for the world. But when people are desperate, they do desperate things.

DM: Will this crisis lead to a new spirit of Asean integration, as supply chains get shorter?

KM: Asean has been badly hit by Covid-19 and will take some time to recover. But there seems to be a consensus developing in the US that it was a mistake to have global supply chains. We have to manufacture everything at home. But Asean countries will not retreat from globalisation because they have actually done quite well. And I think they will continue to work with China, Japan and South Korea in a regional economic partnership.

DM: What about the emerging market economies?

KM: They will be very badly hit. And that’s why you need to resuscitate the G20 in a coordinated global response to a global problem. But working with multilateral institutions, sadly, is not something the Trump administration wishes to do.

DM: I’m now opening up the call for questions from the audience.

KM: I recall the wise saying by Nobel laureate Amartya Sen, ‘For societies to succeed you need the invisible hand of free markets and the visible hand of good governance.’ We need a healthy balance between the invisible hand and the visible hand. For example, the quality of mind of people working in a government agency should be as good as for those working in the industries that they’re regulating. You cannot have all the good minds going to the private sector and the state sector taking the leftovers. Society must understand and respect these agencies and strengthen them, giving them the independence and resources they need.

DM: A question has come in on Europe. Everybody seems to have been doing their own thing. Can Europe get its act together?

KM: I hope so. But the European responses have been terrible. The Italians were shocked when initially Germany and France refused to help them out. Instead they had to turn to China to get the assistance that they needed. Co-operation and solidarity seemed to melt away very quickly. This crisis has shown that Europe has got a lot of structural issues to deal with. It’s been living beyond its means in many ways. Social security systems are underfunded. Before this crisis French President Emmanuel Macron tried to introduce some sensible moves to ensure social security programmes would be financially viable over the long term. There was a huge backlash. I was in Paris when the ‘yellow vests’ started protesting. You cannot forget you have to deal with these structural issues.

DM: What advice would you give?

KM: You have to be very honest with the people and tell them that past politicians have made all kinds of promises that were untrue. ‘Don’t worry. We’ll take care of your old age pensions.’ – and so on. In the short run everybody will have to make sacrifices. In European democracies, it’s very difficult to be honest because you get voted out of office.

DM: Is any leader in Europe capable of resolving the problem?

KM: The one person who always says the right thing is President Macron. I like how he emphasises multilateralism. Unfortunately, although he knows what is to do, he cannot persuade his own society to come along with him. Europe remains a very wealthy continent. What you need is a new social contract where you get everyone on board. But you need leaders who can explain the long-term issues.

Q2: What is the role of soft power in the China-US relationship?

KM: The aspirations of the US and China are fundamentally different. The US has aspired to be the shining city on the hill. America wanted to portray itself as the best-performing society in the world so that everybody could become like America. It wanted to export the American dream. China doesn’t have that vision. China’s dream is to restore Chinese civilisation to the global standing and prestige it enjoyed before the century of humiliation up to 1945. The Chinese don’t believe for one moment that an Indian an African or South American can become Chinese. Their view is, ‘We Chinese will be Chinese. You will not be Chinese but we will work with you.’ The Americans want to lead the world. Now, it seems, China is going to become the Number 1 economy. But China has no desire to lead the world. The rest of the world is watching the US-China contest and trying to avoid getting caught in this big fight, as we can see in areas like US sanctions over Huawei telecommunications contracts.

DM: Will it end in some sort of military conflict?

KM: Some good news – there’ll be no war between US and China. In a nuclear war you don’t have a winner and loser. Both the US and China will lose. Japan – maybe Russia, India and others – might win. Both the US and China understand that very well. That doesn’t mean there won’t be an outright major geopolitical contest. I want to alert the world that this is coming and we have to start preparing. I’m trying to persuade both US and China to think twice before plunging into this contest because it will be a lose-lose proposition. On top of Covid-19, we have global warming. No country can solve this on its own. If the US and China keep up the geopolitical contest, future historians will see them as two tribes of apes fighting each other while the forests around them are burning. I hope wisdom will return and the US and China will see the value of restraint.

KM: A huge global paradox: we are isolating ourselves yet Covid-19 demonstrates how small and interconnected this world has become. We are like an infected cruise ship. If you are on an infected cruise ship it doesn’t make sense to clean only your own cabins. You’ve got to take care of the ship as a whole. But we are taking care only of our own countries. We live on the same boat. But humanity is not coming together to take care of the boat as a whole. The natural leader should have been the US, because it set up the multilateral institutions in 1945. The US has sadly has been progressively undermining and weakening multilateral institutions, including the World Health Organisation which we need so desperately. We’ve got to wake up and learn to work together to ensure there’s no repetition of Covid-19 or something like that.

Q4: What about on food security in particular in the region here?

KM: Many countries are concerned about this. But, fortunately, they also realise they cannot cut off their links with each other. You need to preserve your long-term relationships. Singapore relies on external supplies. We have been able to keep our supplies going and I hope that countries will remain wise in that way.

DM: Prof. Mahbubani thank you for the exchange and we look forward to having you back soon.

*Kishore Mahbubani is the author of Has China Won? and The Great Convergence.