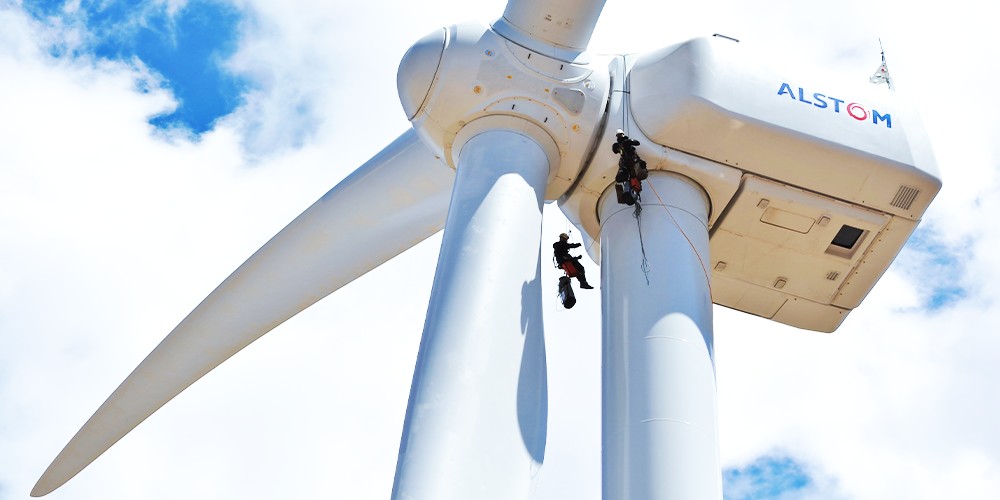 The stage is set for a significant ‘green’ policy realignment linking Britain and the European Union after the UK election on 12 December. The opportunity has moved closer following a seminal shift in German politics at the weekend.

A ‘green deal for Europe’ is building momentum following massive public support for more radical action on climate change – even though the continent makes up a decreasing share of world emissions. Both major parties contesting the December poll have given ‘green’ strategies a central position in policy manifestos.

Boris Johnson, the Conservative prime minister and probable winner from the contest against the Labour opposition, is likely to use his innate flexibility and opportunism to make low-carbon sustainability a centrepiece of co-operation with Europe after the UK leaves the EU.

The likelihood of a UK-European alignment – with Germany playing a pivotal role – has risen following a weekend decision by the Social Democratic Party (SPD), junior coalition partners in Chancellor Angela Merkel’s government, to choose as leaders two comparatively little-known left-wingers. This hastens the demise of the lacklustre ‘grand coalition’ of Merkel’s Christian Democratic Union/Christian Social Union conservative grouping and the SPD – and will probably speed up the arrival in government of the Green ecology party.

Olaf Scholz, the finance minister, and his running mate Klara Geywitz, gained only 45% of the votes in the leadership election. Norbert Walter-Borjans and Saskia Esken emerged as winners with 53%.

Initial statements from the new SPD leadership seem to show that they will wait for this week’s party conference in Berlin before setting out radical new proposals. But a redrawing of the 2018 coalition agreement is on the cards in the direction of more spending on infrastructure, tougher climate change action and a modest reflation programme to combat the economic slowdown.

There is considerable overlap with the extra public spending and emphasis on climate mitigation figuring in the Conservative and Labour party manifestos. The Conservatives have pledged ‘reaching net zero [emissions] by 2050 with investment in clean energy solutions and green infrastructure’. Labour has promised ‘a green industrial revolution to tackle the climate emergency by shifting to renewable energy, investing in rail and electric cars, and making housing energy efficient.’

The German shift opens the way to possible elections in Germany in early 2020, with Merkel replaced as chancellor earlier than autumn 2021, the date for the scheduled general election. In view of a surge of the Greens and the collapse of support for the SPD, the most probable new coalition government in Berlin is seen as an alliance between the CDU/CSU (under a new leader) and the Green party.

In the UK, Johnson and the Conservatives have held on to their polling lead and are still 10-11 percentage points ahead of the Labour party with just over a week before the election. In contrast to the previous general election in June 2017, when Labour rebounded by 15 percentage points in the opinion polls after the election was called, this time there has been no swing in favour of party leader Jeremy Corbyn. Instead the two main parties have increased their share of the probable votes, with smaller parties squeezed.

Kenneth Clarke, the veteran Conservative member of parliament and former chancellor of the exchequer, who has stepped down from the Nottinghamshire seat he held for 49 years, says in an OMFIF podcast that the Brexit Party has suffered from its ‘strange halfway house of stepping down in the Conservative seats’ – leading to a polling collapse. As a result, ‘the hard-line Leave side, the hard-line Brexiteers, [are] united in one party and the Remainers divided between Labour, Liberals, Scottish Nationalists, and independent Conservatives’ – effectively handing a majority to Johnson’s Conservatives.

Andrew Adonis, the Labour peer and former minister under Prime Ministers Tony Blair and Gordon Brown, points to ‘constitutional issues’ behind Labour’s discomfiture. He believes that making choice of the party leader a task for party members rather than MPs has reverberated electorally against Corbyn. This heralds considerable internal blood-letting if, as appears probable, the opposition crashes to defeat next week.