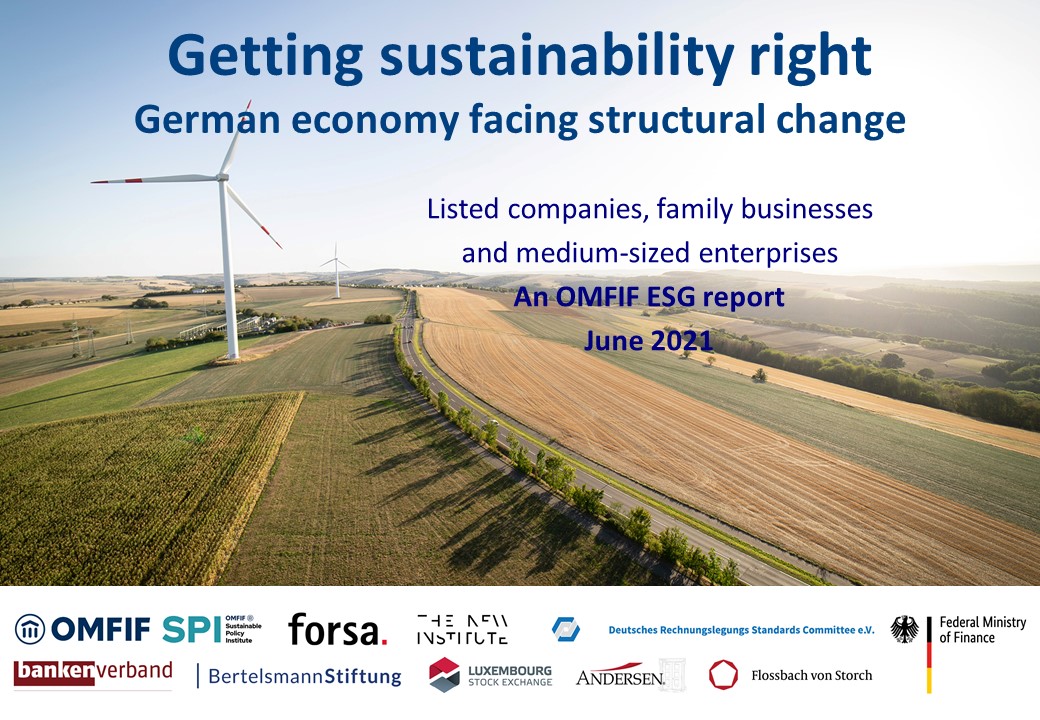 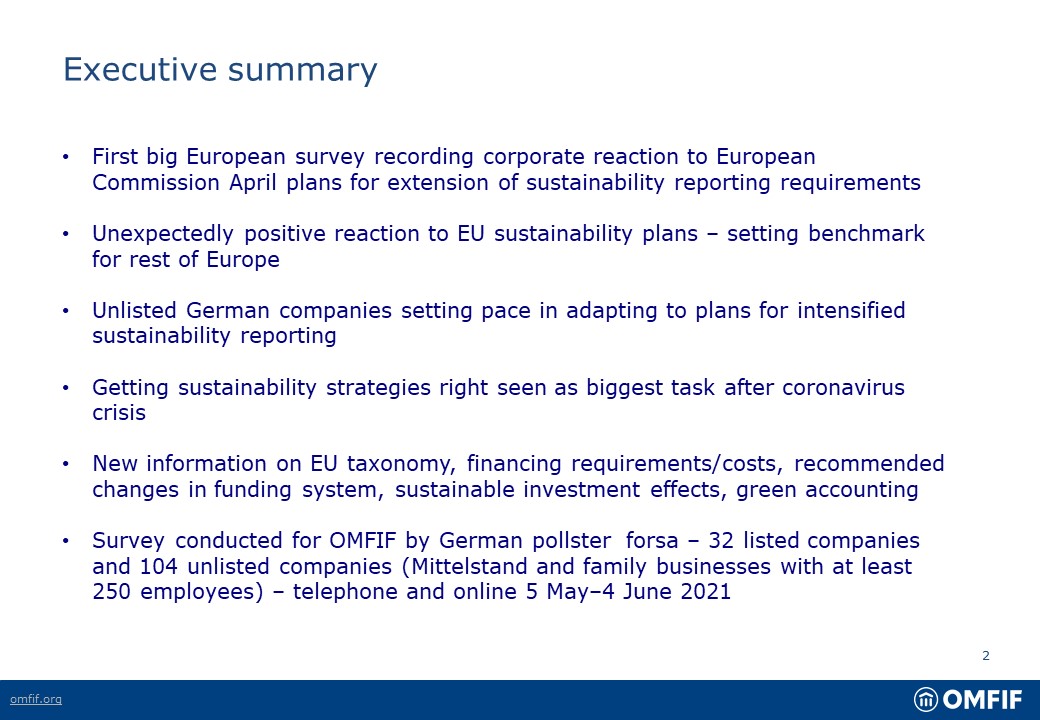 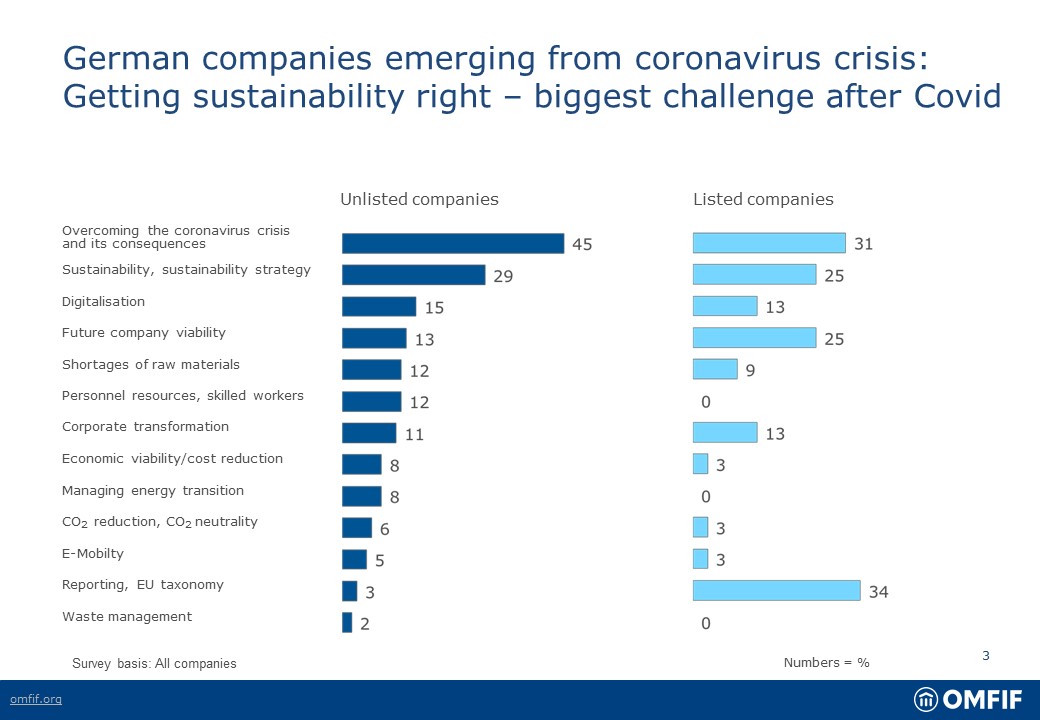 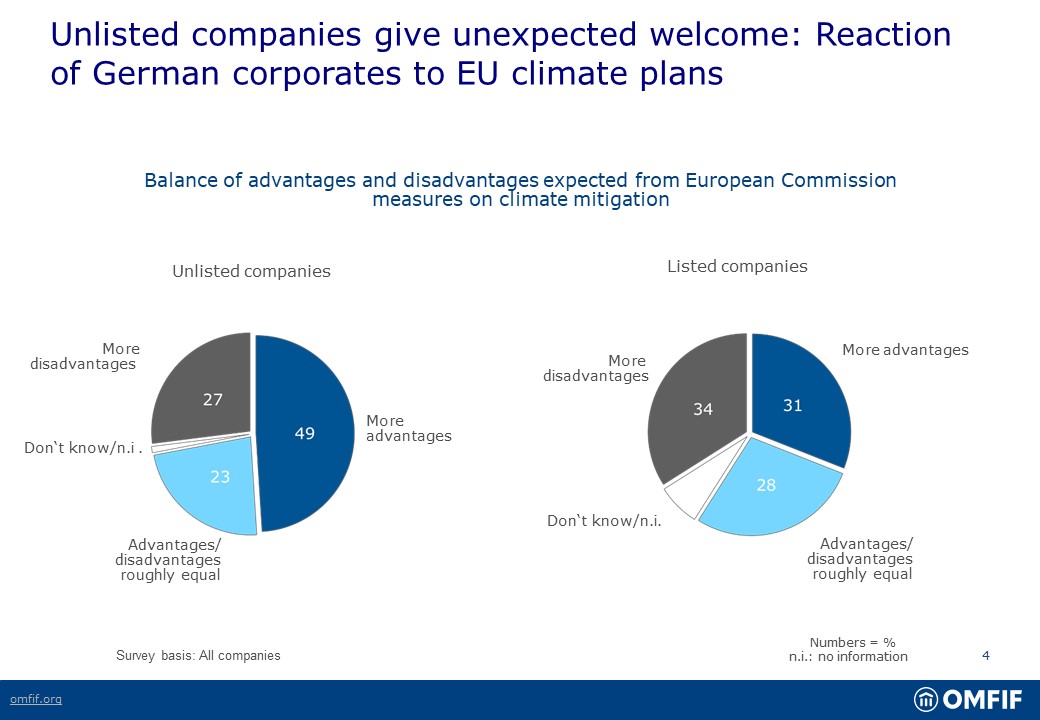 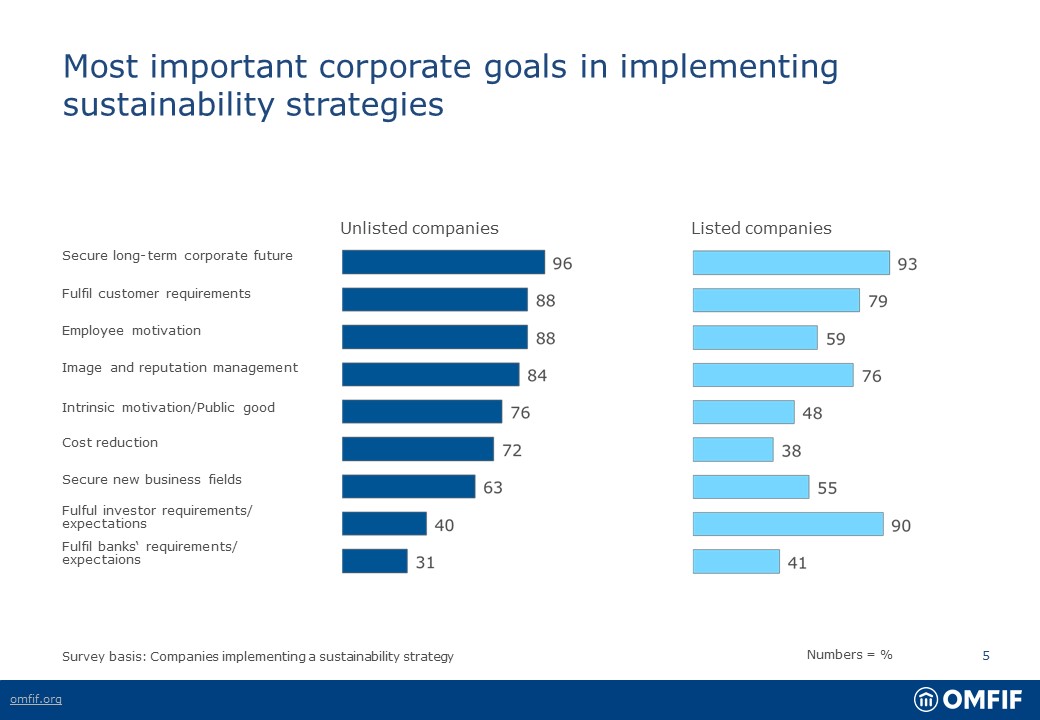 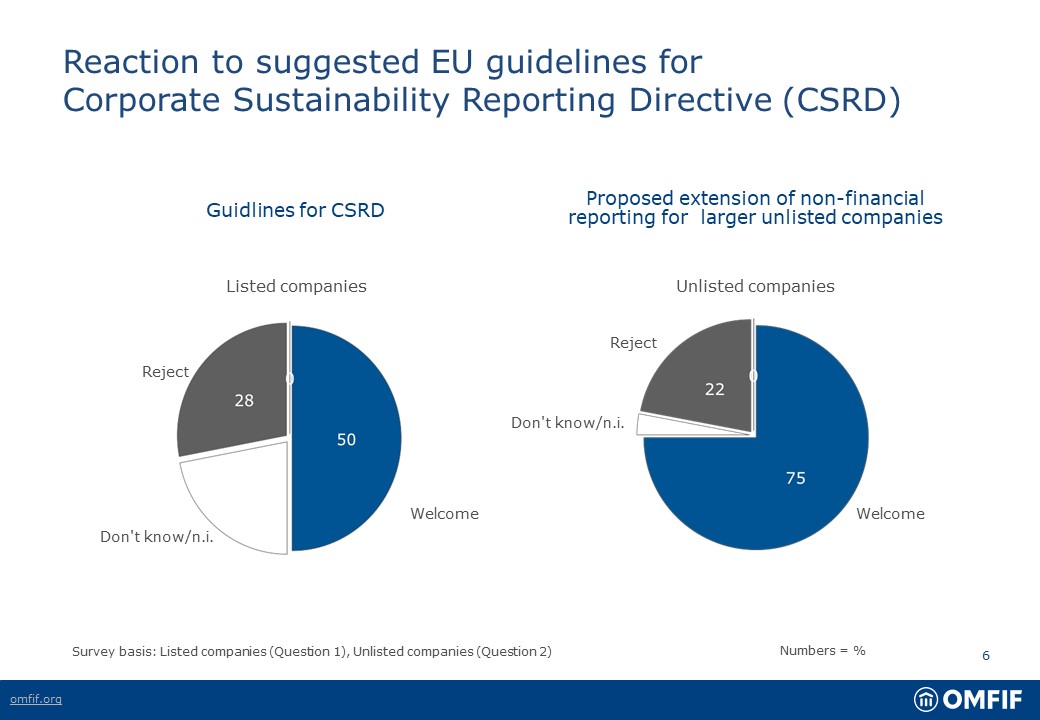 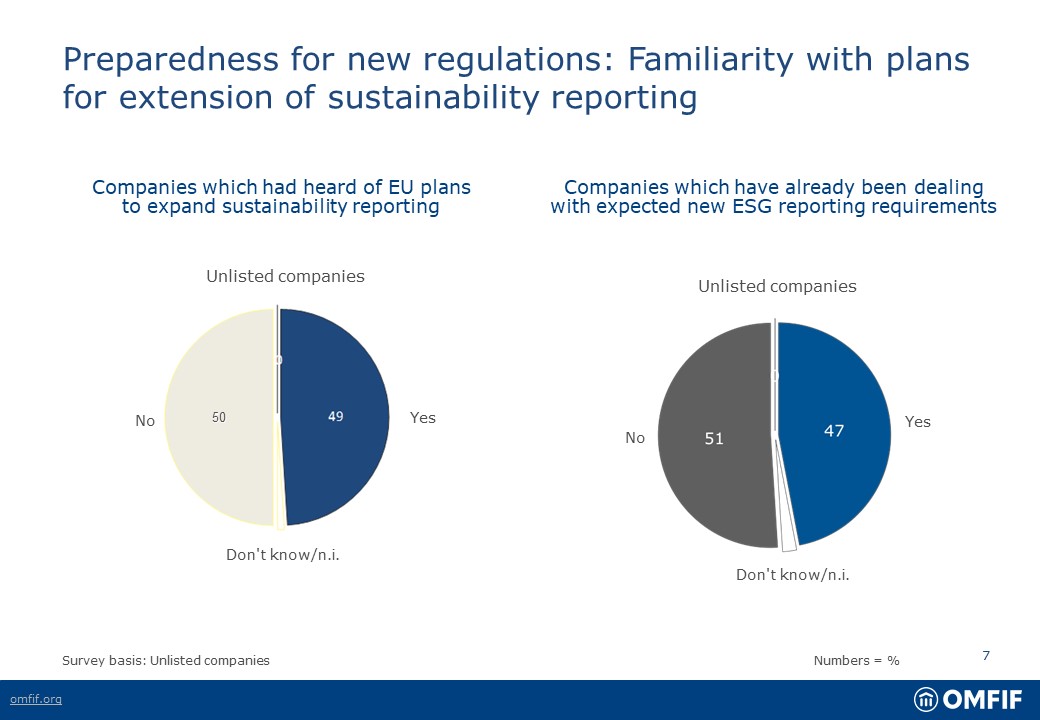 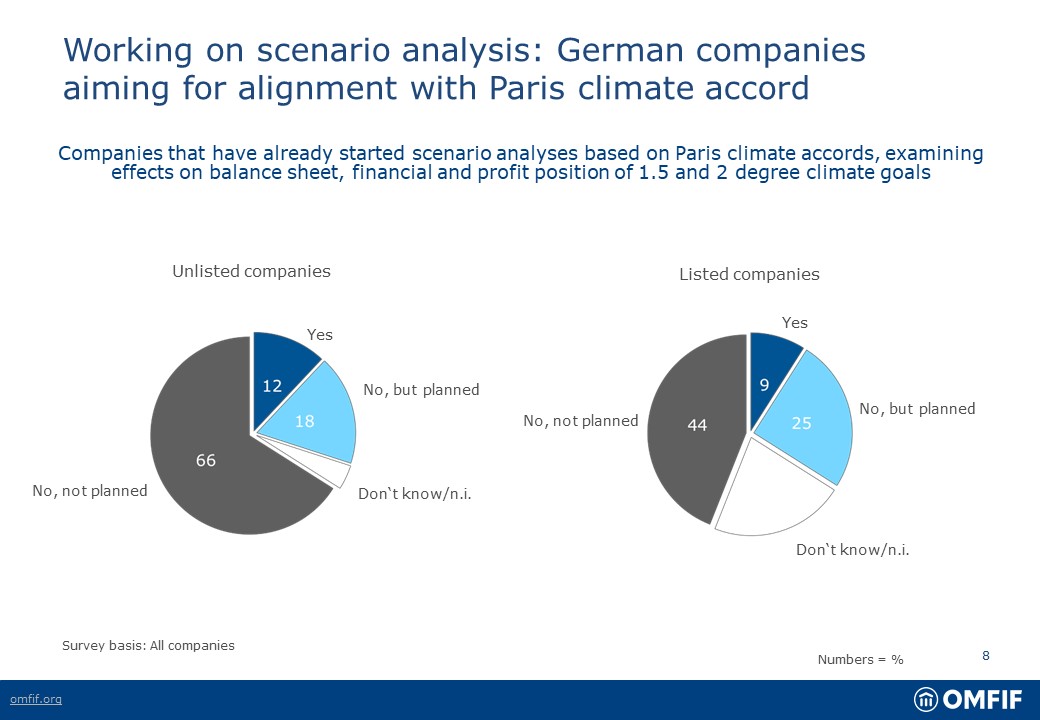 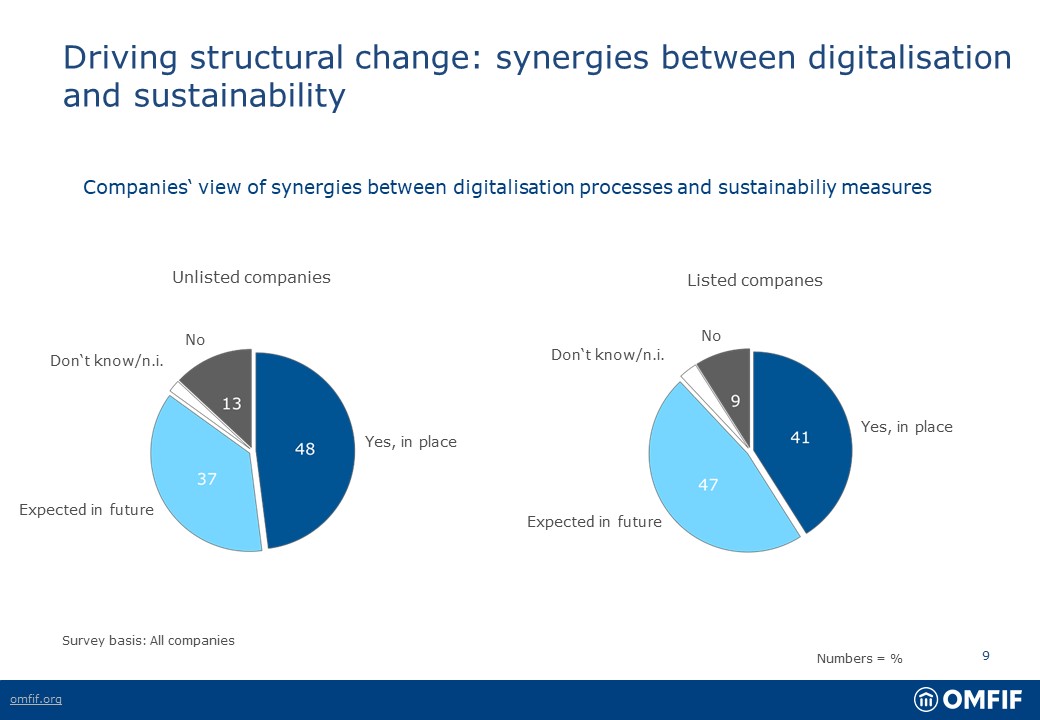 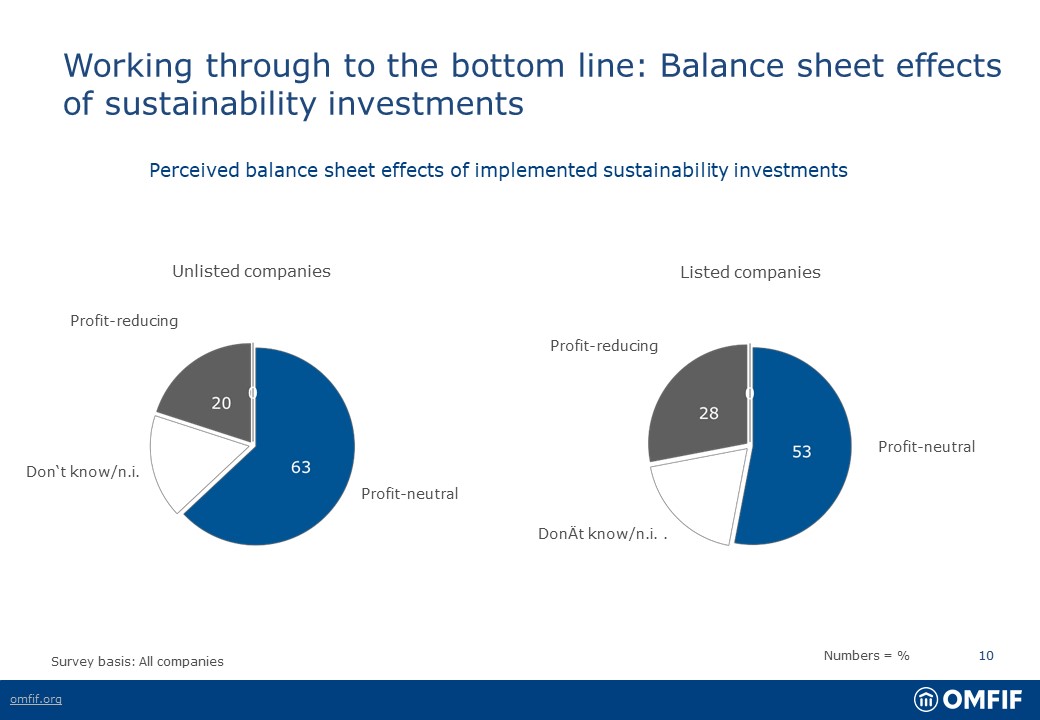 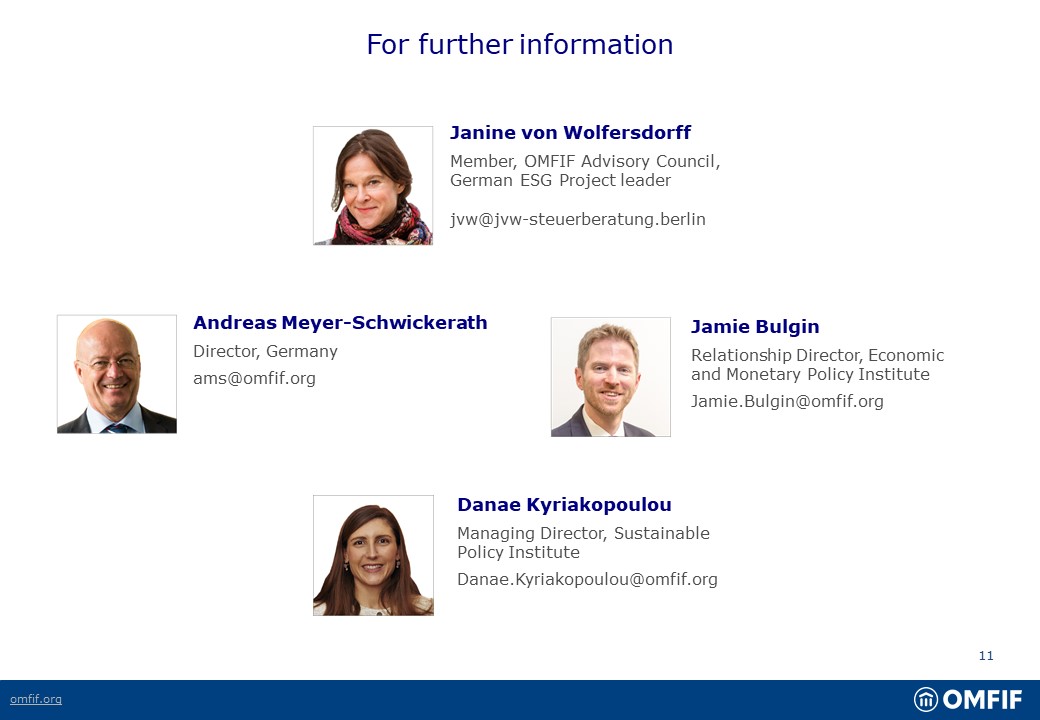 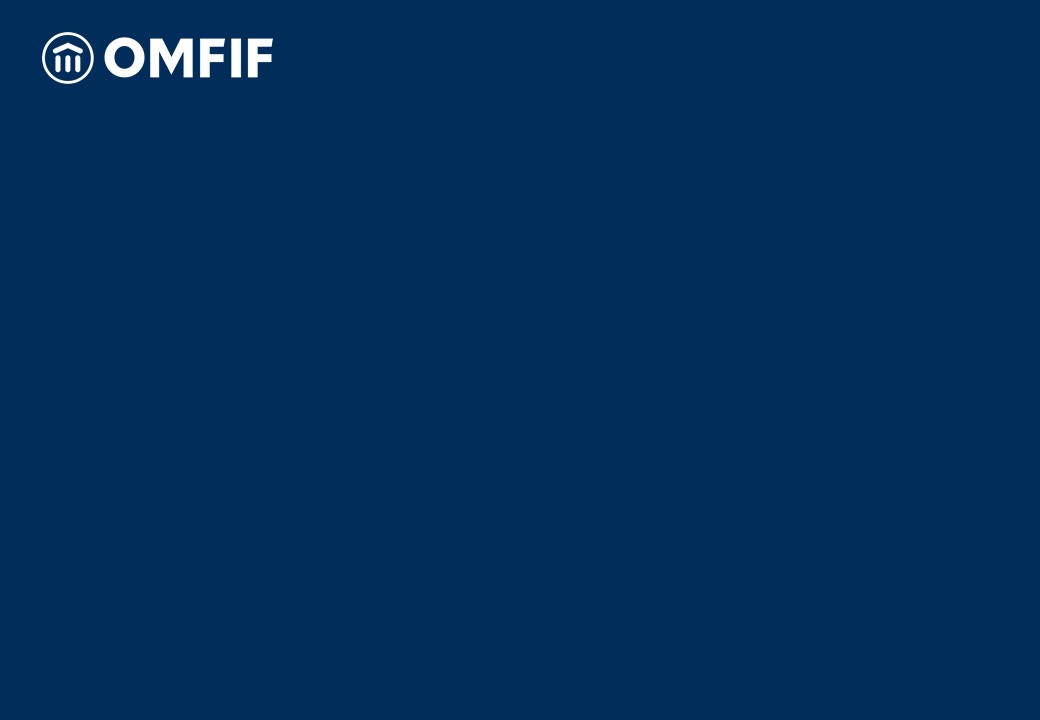 German companies, led by the unlisted sector, are embracing European Commission plans for a low-carbon sustainable economy. That is the message of a representative OMFIF survey on sustainability challenges for large companies in Germany. The study, encompassing the views of 104 unlisted and 32 listed enterprises across all economic sectors, was launched in Berlin on 17 June.

The survey is the first significant effort in Europe to gauge corporate reaction to the Commission’s plans announced in April for a Corporate Sustainability Reporting Directive, a central feature of Europe’s climate mitigation programme. According to the survey, unlisted German enterprises are particularly confident: three-quarters of those questioned expect their company to reap at least the same advantages and disadvantages from Brussels policies.

The survey was carried out by German pollster forsa by telephone and online between 5 May and 4 June. The project was launched in co-operation with the Association of German Banks (BdB), German Accounting Standards Committee (DRSC), Bertelsmann Foundation, The New Institute, Flossbach von Storch, Andersen and Luxembourg stock exchange. It was backed by the German finance ministry and the Luxembourg embassy in Berlin.

Enter your details to receive a complimentary copy of the survey

The executive summary and full results of this survey can be found in German here.