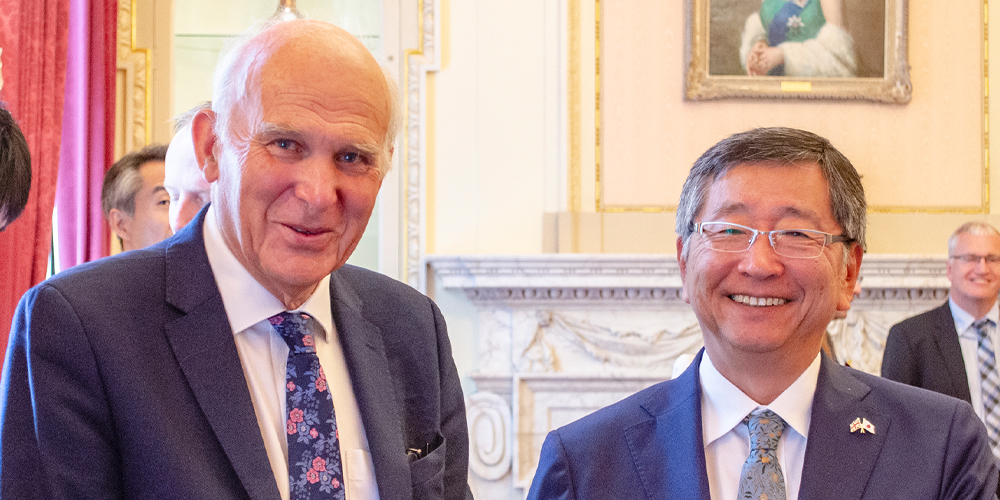 Speaking at an OMFIF roundtable, the Japanese ambassador to the UK, Koji Tsuruoka, and former Liberal Democrats leader, Vince Cable, led a wide-ranging discussion on the impact of the UK’s departure from the European Union on the country’s economic relations with Japan.

Taking a global approach, the ambassador reminded participants that there is a world beyond Brexit. He stressed that Japanese firms are unlikely to expand production in Europe, regardless of Brexit, because Europe does not have a bright growth story. Fully industrialised Europe means it is difficult to get a market share, with Japan looking to Africa and Asia for manufacturing opportunities. The country will instead use the UK as a hub for research and development and highly skilled labour.

Turning to the UK’s current political impasse, Cable laid out three potential scenarios moving forward. Least probable, but still possible, was a worsening of the tension between government and parliament, a ‘non-violent return of the civil war’. Prime Minister Boris Johnson could become a martyr if he risks imprisonment by breaching parliament’s bill stating he must request a Brexit delay if no agreement has been reached by 19 October. Alternatively, Johnson could resign, Conservative rebels could align under the likes of veteran parliamentarian Ken Clarke. This could lead to the revival of the Norway option, whereby the UK would remain in the single market and abide by EU legislation in select policy areas.

The most probable outcome, according to the former Liberal Democrats leader, is that the UK will obtain a deal with the EU as long as Northern Ireland is treated as a separate entity. The Democratic Unionist Party, he argued, could be bought if offered political concessions.