The diamond, the Buddha and the violin 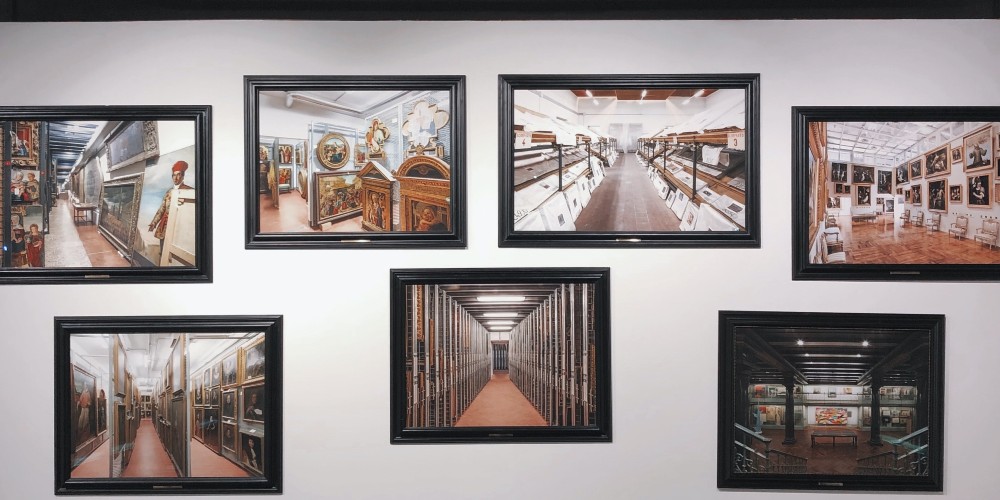 What do the world’s largest pink diamond, a 17th century Stradivarius violin and a gold sculpture of the Buddha from the Yuan dynasty have in common? Aside from being highly valuable objects both in artistic and monetary terms, they all share an unlikely owner: a central bank (respectively those of Iran, Austria and Italy).

The presence of art in central banks is not surprising. It is a characteristic of most, if only in the form of a painting in the boardroom or a sculpture in the main entrance. But not all institutions document, present and organise their art in the form of a collection. Even fewer provide public information about it or have a dedicated curator and investment teams looking after it.

Our study into the art collections of 30 central banks from across five continents finds that most collections date to the 20th century. The oldest, those of Spain and France, go as far back as the late 18th and 19th centuries respectively. The former started with the bank’s commissioned portraits of its directors and the royal family, while the Banque de France inherited a set of paintings when it moved into a building intended to house central bank officials. More recently, the Bank of Canada’s collection began in 1938 when outgoing Deputy Governor Osborne gave the bank a set of prints, while the US Federal Reserve’s fine arts programme was established in 1975 by Chair Arthur Burns in response to a White House directive encouraging federal partnership with the arts.

Most European central banks’ art collections consist mainly of paintings, but this is not a global trend. In Colombia, Costa Rica and the Philippines, central banks house museums with exhibits ranging from archaeological treasures to medieval goldwork and pottery. Meanwhile, one of Tehran’s most-visited museums, the Treasury of National Jewels, is located inside the Central Bank of Iran.

It is difficult to identify why exactly central banks began collecting art. For most, origins trace back to purchases and commissioned art (for decoration or the creation of a collection), or through inheritance and gifts or donations. For example, Colombia’s Museo Botero includes a collection of over 200 pieces that the artist Fernando Botero Angulo donated to the central bank in 2008, most of which are his own works. The Banco Central do Brasil is an outlier. It received its first set of paintings through foreclosures after the failing of the Halles and Aurea investment banks in 1974. The Banca d’Italia had a similar experience during the Great Depression, when it seized 82 pieces from Riccardo Gualino, an indebted Turin industrialist and financier.

With few exceptions, central banks’ art collections (excluding numismatics) are not on display at a museum but are scattered throughout the building as decoration. Since central banks are usually off limits to the public, some have worked on ways to improve accessibility. The European Central Bank has set up an app to let users explore the collections as well as engage with behind-the-scenes videos and interviews with artists and staff members. The Banca d’Italia and Bank Negara Malaysia offer virtual tours to visitors, while the central banks of Colombia, Austria, South Africa and Iran host catalogues or videos of some of their collections online. Other central banks, such as those of Germany, Belgium, Portugal, Costa Rica, Australia and Malta, have made their art available to the public temporarily through exhibitions.

Engaging with the arts can also be a way for central banks to connect with and support the societies they serve, honouring their status as public institutions. For example, the central banks of Argentina, Turkey, Trinidad and Tobago and the Bahamas have organised contests offering prizes, while those of Ireland and Hong Kong have run primary school competitions. At times, financial support has taken more direct forms: the Banque de France helped finance the acquisition of two Rembrandt portraits in a joint operation by the Louvre and Rijksmuseum, while Magyar Nemzeti Bank’s art depository programme acquired a Titian painting for the Hungarian National Gallery. The Oesterreichische Nationalbank regularly lends its musical instruments to Austrian musicians for free, while the National Bank of Belgium’s collection consists exclusively of works by contemporary Belgian artists living in the country.

Central banks’ art collections are usually for enjoyment, rather than investment. Many do not have investment policies and very few actively sell their art. They generally do not count them as part of their reserves, in the same way that they do for their equity or other holdings. In our sample, the total value of collections for which information was disclosed ranged from under $3m to over $15m. And even though they can often be a good source of returns, central banks’ engagement with the arts has not always been smooth. Several have been put into the spotlight for their choices and actions related to art, such as the Central Bank of Iceland’s decision in 2019 to remove paintings featuring nude women following staff complaints.

Such incidents are part of a broader trend of heightened public scrutiny on central banks, whether this relates to their monetary policies, supervision actions, reserves management or communications. They are no longer viewed as unelected, unaccountable technocratic bodies locked away in an ivory tower. Rather, they are increasingly perceived as public bodies from which citizens expect a strong public service ethos. Their art collections and related activities can be a useful tool in central banks’ quest to manage expectations for openness.

Danae Kyriakopoulou is Chief Economist and Director of Research at OMFIF. The full OMFIF report on central banks’ art collections is here.