German instability is back again. This week’s further crumbling of the centreground in German politics intensifies a trend that started before reunification in 1990. Angela Merkel, presiding over the ruling Christian Democratic Union as chairman since 2000 and as chancellor since 2005, will step down from the party leadership in December.

She protests that she will stay the course. But anti-Merkel feeling in the CDU is strong and strengthening. A fight is brewing among the (at least) four disparate candidates for the party chair. The odds are shortening on her departing from the chancellorship well before general elections scheduled for 2021. The next poll could indeed come a lot sooner.

The European landscape remains unsettled. In France, President Emmanuel Macron is losing lustre. Italy is beset by its eurosceptic government’s budget row with Brussels. The UK is tense ahead of the 29 March European Union exit . But Germany looks a larger and more worrisome source of volatility in the next six months than the EU’s other three big members.

The sharp losses in two pivotal October regional elections, in Bavarian and Hesse, of all three main German parties – the CDU, their Bavarian Christian Social Union allies and the Social Democratic Party (SPD) – revive memories of the ‘incertitudes allemandes’ that worried France in the 1980s. The CDU, CSU and SPD, joined in an unhappy and dysfunctional coalition, are all at their lowest ebb since the Federal Republic started in 1949.

All this is happening in the fateful months ahead of next May’s European elections. They are likely to bring a big swing towards diverse (and internally hopelessly split) eurosceptic parties well beyond the European mainstream that Merkel doggedly yet increasingly unconvincingly represents.

The absence of a firm hand in Berlin, and the shaky coalition’s preoccupation with possibly terminal infighting, will complicate the end-game of Britain’s EU departure. Berlin’s woes encompass growing euroscepticism in the CDU and more generally in the German parliament, as well as the weakness of the traditionally pro-European SPD.

These factors reduce still further the likelihood that France and Germany can agree meaningful steps towards strengthening economic and monetary union. Whether through enlarging the European Stability Mechanism into a form of monetary fund, extending banking union or introducing Europe-wide fiscal capacity to combat future downturns, decision-making will be paralysed – much to Macron’s displeasure.

The Italian government may draw some short-term comfort from disarray in Berlin. Yet a drawn-out row over Italy’s policies can only harm the country’s economy and raise speculation it will leave EMU.

Merkel’s problems are partly due to her ill-conceived migration policies, viciously castigated by Matteo Salvini, Rome’s deputy prime minister and interior minister, likely to advance to the top job in the next Italian elections to be held in a not-yet-determined date before next May. The writing was on the wall in 2015, as Michael Stürmer, a member of the OMFIF advisory board, underlined three years ago.

Fourth terms for German chancellors are always unpleasant, shown by the examples of Merkel’s long-running predecessors Konrad Adenauer (1949-63) and Helmut Kohl (1982-98). History casts doubt on Merkel’s ability to stay on as chancellor under a successor as party leader – either the liberal-leaning Annegret Kramp-Karrenbauer, or the ‘anti-Merkel’ Jens Spahn.

Adenauer and Kohl (with the exception of Adenauer’s first year in office) both combined their chancellorships with the party chair. When they left, they bequeathed the chairman job to politicians who turned out to be no more than interim appointees.

Merkel has often looked like a stabilising figure. The reality is different. During her years at the top, Germany showed nominal calm. Beneath the surface – seen in the growing fragmentation and polarisation of politics – the middle ground was eroding. The parallels with the first 10 years of EMU between 1999-2009 – nominal stability yet structural instability – are inescapable. Now, 20 years after both Merkel and EMU came to the fore, a sense not of union but of disintegration is in the air. 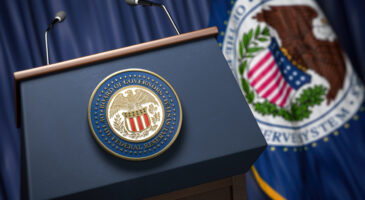 Reflections on the Fed and risks to financial stability